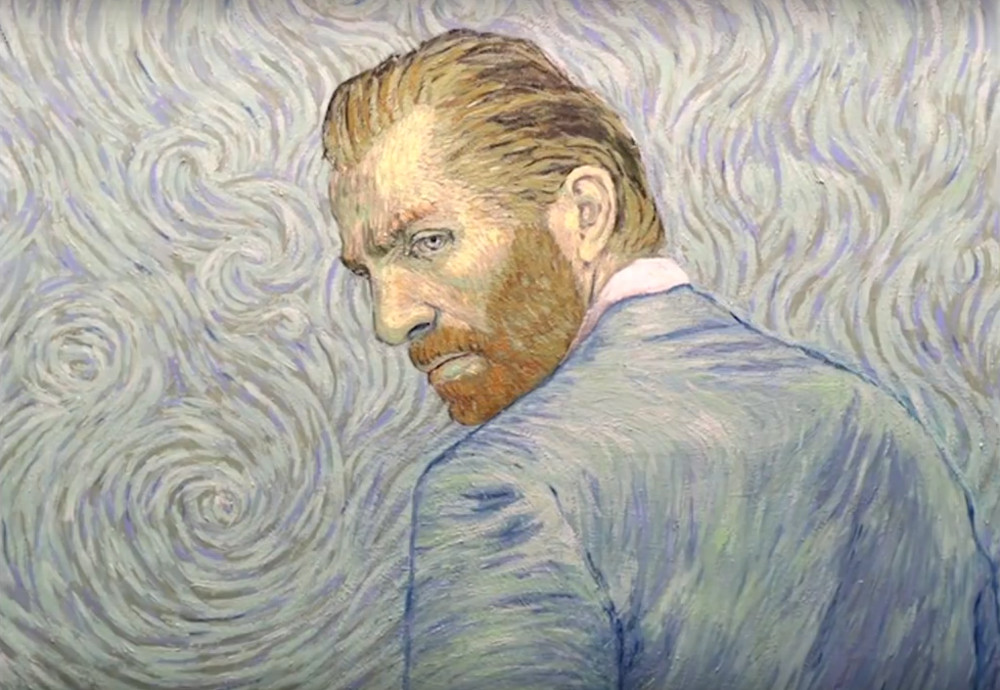 The film narrates an investigation that focuses on the life and death of the world renowned painter Vincent van Gogh. An artist known for his famous ‘The Starry Night’ painting, cutting off his ear, struggling with mental illness and often regarded as the father of modern art.

A messiah, a sower of truth, who would regenerate the decrepitude of our art and perhaps our imbecile and industrialist society- G.-Albert Aurier Mercure de France, January 1890

The masterminds behind the writing and direction of Loving Vincent, are a Polish painter and a British filmmaker, Dorota Kobiela and Hugh Welchman. Kobiela and Welchman have undertaken a highly ambitious form of storytelling to produce the gargantuan project through their acclaimed Oscar-winning animation studios, Breakthru Films and Trademark Films. Kobiela’s inspiration to create this project was from one of van Gogh’s letter to his brother: “he said we can only speak through our paintings. And these words were very important for me, and they were actually the reason we are making this film like that.” Both creators are in the arduous process of pioneering the aesthetically appealing visual form of storytelling by blurring the lines between filmmaking and 0il-painting in the history of cinema.

On a daily basis, I go between thinking we’re completely inspired, we are doing something no one’s ever done, we’re going to do it, and I also think this is insane. There’s a very good reason why no one has ever tried to make an entire film out of paintings.- Welchman to Voice of America

The most important thing for us is to bring this really amazing story to life. We would like to SHARE with you our feelings on the work and life of this extraordinary and inspiring individual- Breakthru Films

The film’s narrative is derived from 800 letters written by van Gogh and over 120 cannonised paintings of him are being featured in the film to support the narration. The immortal words of Van Gogh from one of his letter’s to his brother in 1890 is the driving force behind Loving Vincent as the film narrates his life, just as it’s seen through his paintings and characters.

Well, the truth is, we cannot speak other than by our paintings – Vincent van Gogh in a letter to his brother

In a studio based in Gdansk, each frame is hand painted on canvas- the exact oil painting technique van Gogh himself used. The film will feature 56,800 paintings that are rendered to play at a speed of 12 paintings per second which allows the viewer watch it as moving pictures. The artists paint by making an exact copy of original artwork that is projected on canvas. Along with producing the exact copy of the artwork, the artist makes small changes according to the script, for the each frame that is needed for each scene. The chief animator of Loving Vincent, Piotr Dominiak has said: “the animator uses this material and paints based on the projected picture, covering the previous image with the currently displayed image. After the painting is ready, a photograph is taken, and the process starts from the beginning. After 12 frames we have one second of movie material.”

The production team created a Painted Animation Work Station (PAWS) – an efficient platform to maintain the arduous process of stop-motion painting that aids their oil painters to give their undivided focus to the demanding painting process, without concerning the animation side. As seen below PAWS allows individual artists their space to concentrate on their painting. 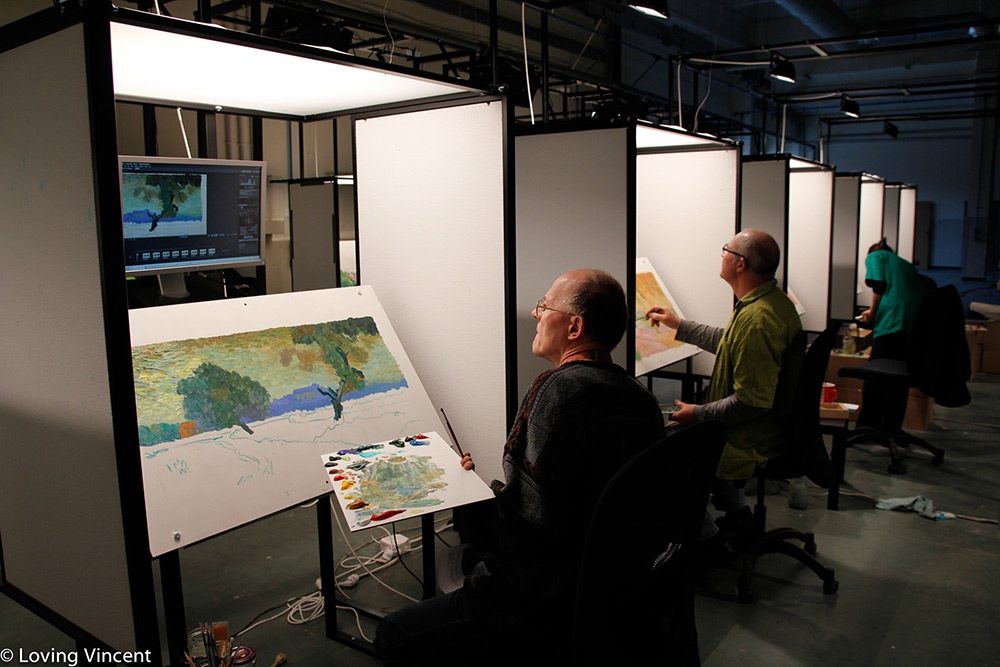 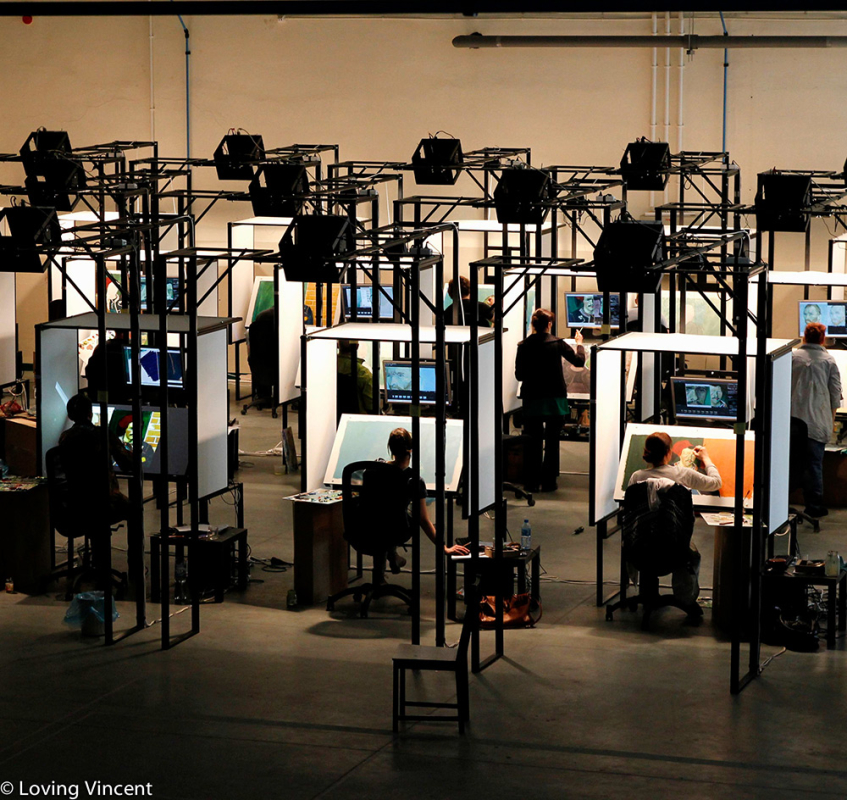 Welchman began a KickStarter campaign in February 2014, to have over 100 professional oil painters trained for the project to be animators. Each of the talented oil painters went through a three-day audition before they could start their 180-hour training to paint like van Gogh. So far over 796 individuals have pledged over £50,000.

Loving Vincent is a highly creative use of post-impressionism to document the tragic legend of the tortured genius artist. Kobiela and Welchman’s innovating filmmaking will land their hand painted documentary into the pool of canonical films as one of a kind of captivating cinema. This new form of filmmaking, bringing the paintings to life, will indeed open new and different avenues for filmmakers to experiment and create a project that has not been undertaken before.

There has been immense anticipation and hype since the release of the concept trailer for Loving Vincent. The final release date of the film is yet to be released as the project is estimated to take over two more years to complete.