There’s no denying that the definition of the supermodel has changed drastically over the years. The days of Naomi Campbell and Kate Moss ruling the catwalks and fashion magazines are far behind us and while their presence is still felt in the fashion industry, it’s time to make room for the next generation of supermodels.

The ever-growing impact that social media is having upon the success of individuals within a variety of industries is obvious. Even for celebrities, this influence is present. Social media offers yet another platform on which their popularity can expand further.

Vivien’s Models manager Catherine McGill confirmed this last year, when she stated that several major Australian labels refuse to book models with less than 10,000 Instagram followers. Therefore, if social media presence plays such a large part in the fashion industry in Australia, one can only imagine how important its role is internationally.

This explains why models such as Kendall Jenner and Gigi Hadid have cemented themselves as two of the most sought after in the industry today. With Jenner having a huge 55 million followers and Hadid having 17 million of her own, the pair have walked numerous catwalks for brands such as Balmain and Chanel and their growing presence in the fashion industry cannot be ignored.

For instance, Jenner’s biggest campaign so far has been her appointment as a global ambassador for Estée Lauder in 2014, which saw her skyrocket to the top of the fashion scene. When explaining why she was chosen as ambassador, Estee Lauder global brand president Jane Hertzmark Hudis attributed it to Jenner’s social media following, confirming,

“She is the ultimate Instagirl, and we are excited to leverage her image, voice, energy and extraordinary social media power to introduce Estee Lauder to millions of young women around the world.”

Hadid, on the other hand, was named 2015 Model of the Year at just 20 years of age, and has already worked with several big names in the fashion industry including Stephen Gan, Bruce Weber and Tom Ford as well as being named a Maybelline brand ambassador in 2015.

However, the two young models have recently come under some criticism for the role social media had to play in their rise to prominence, with former fashion model Rebecca Romijin sharing thoughts many appear to agree with.

When asked by Entertainment Tonight what she thought of the two and their social media presence, Romijin said,

“Social media stars are now the supermodels in fashion. They are not true supermodels. And the thing is, I have always looked to Vogue magazine to lead the way, not be a follower. I rely on Vogue to set the standard, not follow what everybody else is doing.

“So I have been disappointed that fashion magazines have been supporting this trend of social media stars to set our style standards. But it will change; fashion always does.”

Romijin’s statement sparked a debate over whether or not the two can be considered supermodels based solely on their work, and not their social media presence.

Fashion magazine Vogue took to Twitter to show their support of the two models, posting a photo of the pair with the caption “Who said that Kendall and Gigi are not ‘true supermodels’?”

The answer was an almost unanimous ‘everyone’, making it clear that regardless of their growing popularity amongst high-end fashion houses, the two have a long way to go before they are considered to be in the same league as legendary supermodels Naomi Campbell, Cindy Crawford or Kate Moss. 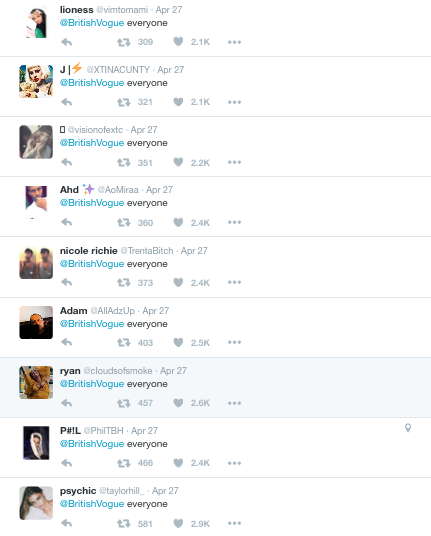 That being said, we still need to answer why, exactly, Jenner and Hadid aren’t supermodels by most people’s standards. Is it because their claim to fame is due to their social media presence and not solely on their hard work? Or are they simply so different from supermodels of the past, that it’s difficult for people to believe they can have the same sort of impact as some of the all-time greats?

It can’t be denied that at this point in time, the two models simply haven’t created the same sort of impact as ‘The Big Six,’ a group of models who truly rose to superstardom the ‘old-school’ way during their time.

Evangelista, for instance, holds the record for Vogue Italia covers, while Campbell became the first black model to appear on various covers including TIME, and both the French and Russian Vogue. She represented a severely underrepresented group of women who hadn’t had anyone to look up to previously, with her modelling career spanning 30 years.

In this regard, it’s not hard to see why so many are against calling Hadid and Jenner supermodels, especially in their relatively short careers. Sure, they’ve been a part of major fashion campaigns, walked the runway for several different brands and been on the cover of some of the worlds’ most popular magazines, but they don’t have the same impact as supermodels of the past, despite their social media following.

To put it simply, they just haven’t left the same kind of mark on the fashion world as their predecessor’s have. Now that’s not to say that this won’t change, but only time will tell if Hadid and Jenner will truly earn the title of ‘supermodels’.