Magic fans have been eagerly awaiting new morsels from two highly anticipated films, Dr. Strange and Fantastic Beasts and Where to Find Them. Thankfully, the wait is over with new trailers for both arriving this week. 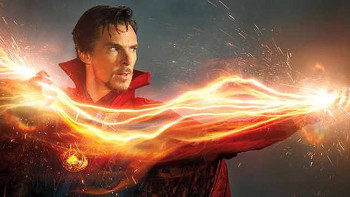 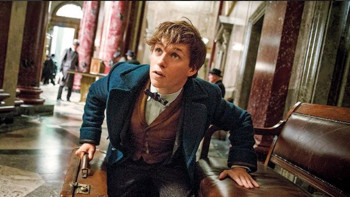 When Dr. Strange was first announced we reported that it could dramatically change the way we view superhero films and the Marvel universe. Now we finally get to sink our teeth into a significant portion of the film with the two trailers that are out. The latest can’t help but draw comparisons to Inception, with some mind-bending imagery involving kaleidoscopes and buildings turning inside out as Benedict Cumberbatch traverses different realities. Yes, it’s that kind of film. One which will most likely confuse you more and more as it goes on. But it promises to be full of super cool magic and some great performances considering Tilda Swinton and Chiwetel Ejiofor will join Cumberbatch. Making a trailer for a film like this is no easy task but our enthusiasm certainly hasn’t dulled. Check out the cape whirl!

This movie is guaranteed to blow up the box office. Fans have been dying to revisit the Harry Potter mythology. Can you believe it’s been almost 5 years since that saga wrapped up on the big screen? Well, now we’re going back in history to a time before Harry was born. We follow the adventures of author Newt Scamander as he inadvertently lets a bunch of magical creatures loose on the muggle world. In the future Harry will read his textbook, but for now Newt has his hands full trying to recapture his dangerous cargo. Sounds like chaos doesn’t it? However, it shouldn’t be anything Eddie Redmayne and Colin Farrell can’t handle. This trailer, released at Comic Con, offers a lot more than we’ve seen previously and the story only gets more enchanting.

So we have two very different magic films on the horizon. Which one are you most looking forward to? Personally, I can’t choose.