With a hand-written note posted to her Twitter account, multi-award winning artist Adele has revealed she is coming to Australia for the first time on tour. The singer, who has broken sales records worldwide with her albums 19, 21 and 25, will make her debut Australian performances in February and March of 2017 beginning, in Perth on February 28.

She used the lyric of her hit “Hello” to do the announcement of her 360º concert, writing, “G’Day. It’s me… I was wondering if after 10 years in the game you’d finally like to met me in: Brisbane, Sydney, Perth, Melbourne and Adelaide? Yep! I’m coming down under,” she shared on her Instagram account.

She continues, “In the round, outdoors and upgrading myself to stadiums to make sure I get to see as many of you as possible. I can’t wait, Adele”. 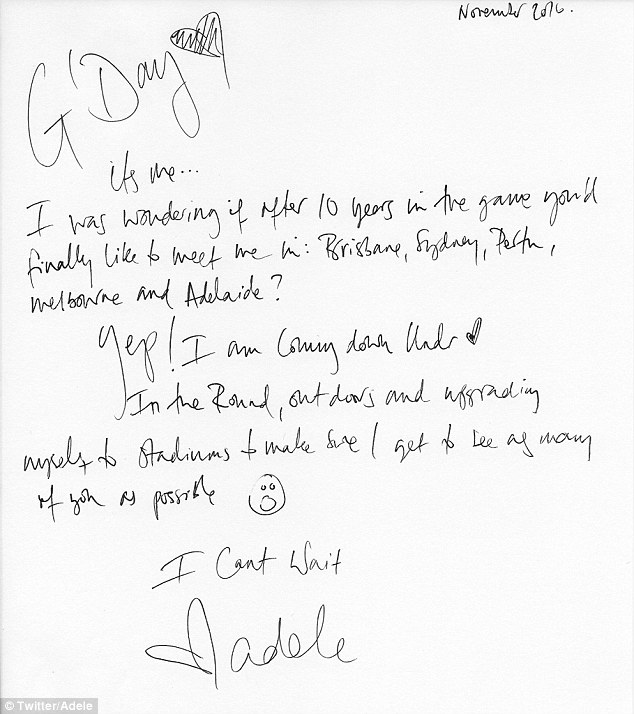 She is scheduled to perform at the Domain Stadium in Perth on February 28, The Gabba in Brisbane on March 4, ANZ Stadium in Sydney on March 10, Adelaide Oval in Adelaide on March 13 and Etihad Stadium in Melbourne on March 18. Ticket prices vary from city to city, but start at around $100 for D-reserve seats, going up to around $300 for A-reserve seats. The tickets will go on sale beginning November 21.

This is the singer’s third world tour, which kicks off in Belfast in February and takes her across Europe and United States. To date, she has performed for 1.3 million people and made $186 million in ticket sales (!).

The Australian dates follow the singer’s recent comments about her future as a touring artist. “I’d still like to make records, but I’d be fine if I never heard [the applause] again. I’m on tour simply to see everyone who’s been so supportive. I don’t care about money. I’m British, and we don’t have that… thing of having to earn more money all the time,” she recently shared in an interview with Vanity Fair. 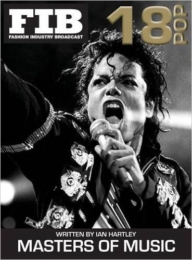 “You can read the full Adele story in Fashion Industry Broadcast’s MASTERS OF MUSIC Vol 18 “Pop” and buy the book from amazon here.