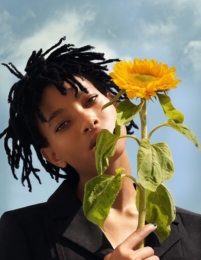 Over the past year, Willow Smith has participated in a number of political campaigns and protests, such as the Anti-Gun Campaign, expressing her democratic political view. Now the singer just released a brand new song entitled ‘9th November’ as her reaction to Trump’s unexpected win of the presidential election last week.

The song was published on Willow’s Soundcloud page on November 13th, and was introduced with the caption: “I wrote this song on the day of the election. Peace and revelations to all!” Throughout the 90 second-long track, a calm rhythm and empowering lyrics create a transcendent, hopeful and almost meditative mood. The song aims to lift up the people who have been deeply disappointment by the election’s result.

Listen to 9th November below!