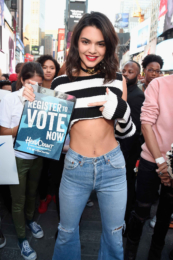 It’s been almost three days since Kendall Jenner deleted her apps for Instagram and Twitter. And what initially didn’t seem to be such of a big deal for her, became one of the biggest news stories for the media…

The thought of Kendall Jenner deleting her Instagram page as a social media star and topmodel doesn’t seem to make any sense, as the Kardashian’s presence on social media is one of their main channels for promotion. Nowadays it’s almost a common thing that every huge designer is hiring models and influencers for big campaigns through Instagram, just like Marc Jacob did it yesterday with his #CastMeMarc job advertisement to hire new beauty vloggers.

But Kendall Jenner is not the first celebrity this year who decided to take a little break from the busy social media life. This August, her longtime friend Justin Bieber deleted his Instagram after receiving negative comments about his dating life and relationship with Selena Gomez. But isn’t it a normal, human reaction to take a step back from millions of people, if it’s getting too much? In real life celebrities always had the chance to take a little break from the public, where as on Instagram, they cannot just run away.

Rumors were hitting the media, saying that Kendall deleted her account because of the hatred she got through several ballerina’s comments, who said they were “kinda pissed” about her ballet Vogue shoot, because “Pointe is a lot more than just posing for a camera”. It might have been a trigger for her to finally take a break from this madness, but in an interview with Ellen, the supermodel stated that she just needed a detox from Instagram. For her, the main reason to quit Instagram for a while was that she realized how dependent she is on her social accounts.

Learn more about Kendall Jenner in our fab 5 minute web-doco below! 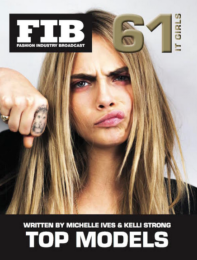