American photography legend Bruce Weber has portrayed the biggest muses and stars from Kate Moss to David Bowie since the 80s. At this year’s Fashion Awards in December, Weber will obtain the Isabella Blow Award in the category Fashion Creator, following in the footsteps of fellow photographer superstars such as Nick Knight, Louise Wilson, Amanda Harlech and Edward Enninful.

Shooting exclusively with film (no digital!), Weber has been producing campaigns for famous brands such as Ralph Lauren, Calvin Klein, Versace and Perry Ellis; Weber is also well known for his campaigns and adverts for Abercrombie & Fitch. Besides shooting some of the biggest names in high fashion’s campaigns, he captured the beauty of his dogs, the Olympics and the stars from Track and Field.

Besides being famous for his distinctive imagery, Weber has produced legendary documentaries such as “Let’s Get Lost,” a bibliography of Jazz musician Chet Baker, and “Broken Noses,” a series of documentaries about young, up and coming boxers. With his mostly black-and-white photography, he established his very own photographic style that has been highly celebrated but also criticized a fair amount; he shared in an interview with BOMB Magazine:

“I still get negative responses. People call me and say, ‘God, I hate your photographs. Why are you photographing these guys like that?’”

Bruce Weber has a restless, creative mind, trying to capture the beauty in every object he gets in front of his lens. His photography is both poetical and political, while playing with intimacy and eroticism. Dame Natalie Massenet, Chairman of the BFC described his work as the following for i-D:

“Bruce’s endurance is testament to his pure talent, his undeniable creativity and his singular warmth and generosity. His expansive body of work in photography and film is iconic, and he himself is rightly an icon of the creative fashion community. He is one of the foremost photographers and creative talents of our age who has helped shape the fashion industry we know today and I have a great deal of admiration for him.” 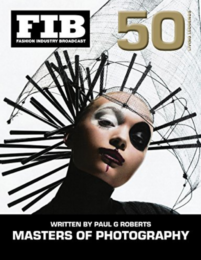