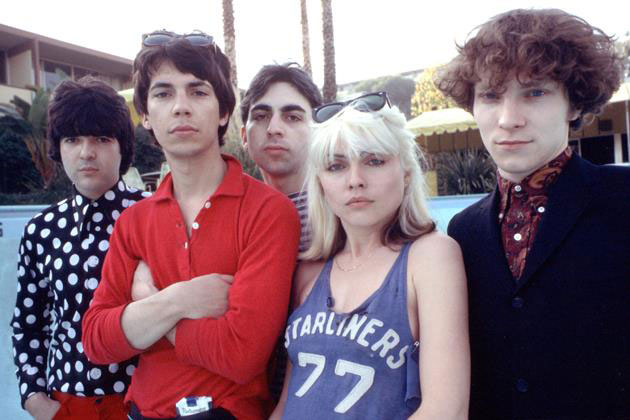 The band Blondie exploded out of the New York punk scene in the mid 1970’s. Blondie was a dazzling audio visual treat dealing out pop sensations with critical kudos and glamour galore.

The band was Debbie Harry vocals, Chris Stein on guitar, Clem Burke on drums, Jimmy Destri on keyboards. Later, Gary Valentine left and Frank Infante and Nigel Harrison joined. They all had short hair and were wearing the accepted new wave look that was only just coalescing in the English pubs and the English journalists minds across the Atlantic in London.
Blondie certainly rode the wild roller coaster of fame and fortune that studded their career with regular hit singles that were so familiar the first time you heard them, that you always wondered where you’d heard it before. The way all good pop music should be. Then there were the mega hits like ‘Heart of Glass’, which was inescapable. It was everywhere. The video beamed into a billion living rooms over and over. But we didn’t mind. We loved Blondie, everyone did. They were just so cool and melodic and sometimes funny too. And they had Debbie Harry and she was a girl it was OK to gaze upon because after all that critical acclaim she was not just eye candy. She was tough and she telling it how it was. She was and still is a legend.