Music in 2016 has been a year of incredible highs and unbelievable lows, but there’s one thing we can say for sure: It’s been a year to remember, and in many ways one to mourn. From the death of biggest pop icons, like David Bowie and Prince, to rock band re-unions and Kanye West’s breakdown. A lot of things happened. FIB takes a little trip down memory lane to document the moments in music that will always be
remembered.
David Bowie’s Death

The year began with the unexpected loss of David Bowie, who we learned later, had been battling cancer for 18 months. He was one of the most influential pop artists of all times and had an original mind, capturing the trends before anyone else. He kept his illness private – unusual in our over-sharing era – and the fans were surprised by the news. Memorials were created in London, New York, Berlin and other cities of the world, in his honour. 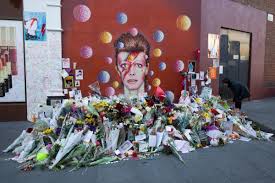 It was unusual and unbelievable timing, when his last album, “Blackstar” was released, only two days before his death. The album’s second single “Lazarus” includes the lyrics “Look up here, I’m in heaven/ I’ve got scars that can’t be seen”. The album’s title was also believed to have symbolised death. The CD was heavily analysed, following his death, and numerous supposed clues about Bowie’s fate were discussed.

The year was full of great launches in music. Frank Ocean finally dropped his album after four years, Lady Gaga released her “Joanne”… But no one can deny that the biggest launch of the year was from Beyoncé and her visual album “Lemonade” in April. The singer released her sixth solo album as a surprise for the fans – with a complete set of accompanying music videos. The project is both, an ode to black women and a deeply personal love story, told in 11 chapters: Intuition, Denial, Anger, Apathy, Emptiness, Accountability, Reformation, Forgiveness, Resurrection, Hope and Redemption.

Some chapters show her loving side, while others unveiled several hints, pointing out the betrayal of her hubby, Jay-Z, which led to a huge media hype, all around the couple’s crisis. But in the end, love and art rules and “Queen B” is the owner of the most commented album of 2016.

It was an emotional year for Kanye West, with a lot of ups and downs in his career and personal life. First, the rapper debuted a new track, entitled “Famous,” with the following provocative lyrics: “I feel like me and Taylor might still have sex/ Why? I made that bitch famous”. The rapper claimed that he sought Taylor’s approval before the song’s release, but she immediately denied this in a statement. 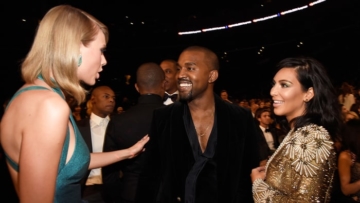 Few months after, Kanye’s wife, Kim Kardashian, defended her husband, showing a secret recording of Taylor’s and Kanye’s conversation, when the singer seemed to agree to the use of her name on the song.

In October, Kardashian was robbed in Paris and Kanye started to show a posture, even more polemic and crazy. In his concerts, he said bad things about Jay-Z and Beyoncé, a couple that he had always treated like best friends, followed by the cancellation of some shows of his tour with no advise. Later it was announced that the singer had a breakdown and was hospitalised for exhaustion. After he was released, he and his wife decided to stay away from the public life until the end of the year.

Another death caught all the fans in surprise this year. On April 7th, Prince was found dead in his Paisley Park home and studio in Minneapolis at age of only 57. After weeks of speculation, law enforcement confirmed that the singer died because of an accidental Fentanyl overdose.

Prince was an icon of artistry and individuality. The singer embraced controversy, presenting himself as an androgynous sexaholic through his work. He also challenged the conservative music ideals with albums like Purple Rain and Sign ‘O’ the Times. He was famous for mixing pop, r&b, funk and soul in his music, creating a unique type of music.

Fans, friends and family members gathered together, to honour the late singer. Stevie Wonder, Paul McCartney and Chaka Khan were some artists that made version of Prince’s songs to celebrate his career. Currently, his house is a public museum, exhibiting his belongings, as well as the urn containing his ashes. In the next year, a four day celebration at Paisley Park will mark the first anniversary of Prince’s Death. 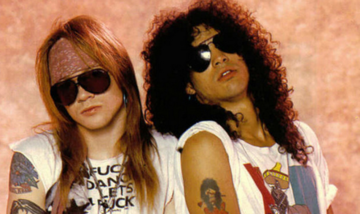 Guns N’Roses fans have claimed for a reunion of the band’s classical lineup for decades. In this year, it finally happened. Axl Rose, Slash and Duff McKagan performed together on the same stage for the first time – since their infamous ‘Use Your Illusion’ tour back in 1993 – at Coachella Music Arts & Festival, in April. Afterwards, the band did a worldwide tour.

“Everybody’s getting along and playing great, and the shows have been awesome. We all were pretty positive that would never happen, so it’s still sort of blowing our minds. It so surreal for me,” said Slash in a recent interview about the reunion.

Since 2014, Kesha has been in a protracted judicial conflict with producer Dr Luke. In a civil suit in California, she claimed that among other abuse, he once raped her. He retaliated by suing her and her mother for defamation and the breach of contract. Kesha’s attempt to get a preliminary injunction against Dr Luke and Sony Music failed in February this year. In an appeal, her legal team insisted her work for Sony to be comparable to ‘slavery’. In April, a judge dismissed the singer’s counterclaims against the producer for employment discrimination, gender-based crime and infliction of emotional distress.

In August, Kesha dropped her case of sexual harassment but she continued her legal struggle to exit her Sony contract. However, many famous women stood up for the singer through donations, online posts or statements. Adele, Taylor Swift, Lena Dunhan, Lady Gaga, Demi Lovato and others supported Kesha in one of the biggest scandals of this year.

Black Sabbath is one of the greatest metal rock bands of all time. In 2016, the group started their last tour. Ozzy Osbourne, Tony Iommi and Geezer Butler closed the final chapter with the Black Sabbath story after five decades of making music together. Sem Ward is out of tour for financial divergence.

Black Sabbath’s Farewell tour began on January 20th and passed through North America, Oceania, Europe and South America. The final goodbye will be in February of 2017. On the setlist are tracks, such as “Black Sabbath,” “Fairies Wear Boots,” “War Pigs,” “Ironman” and others. 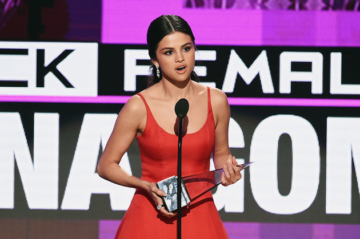 Selena Gomez and The Pressure of Fame

Selena Gomez started a career break in late August due to mental health issues, which were stemming for her lupus diagnosis. The news caught all her fans in surprise and made her cancel a worldwide tour. In her first public appearance after the break, she gave an honest speech about the pressures of fame at the American Music Awards.

“In 2014, this stage was actually the first time that I was authentically 100 percent honest with all of you. I think it’s safe to say that most of you know all my life, whether I liked it or not, and I had to stop. I had everything and I was absolutely broken inside. I kept it too much together to where I let myself down”, she said with tears in her eyes.”

Rolling Stones in Cuba for the First Time Ever

After years of rock music being banned in Cuba, The Rolling Stones did a historic free show in the country in March, for the first time ever. The concert took place in front of Ciudad Deportiva in Havana with more than 500 thousand Cuban fans. It was fulfilled by iconic songs, like “Satisfaction,” “Sympathy for the Devil” and others.

The show became the documentary “Havana Moon – The Rolling Stones live Cuba,” in which Mick Jagger shares his experience to do a show there: “Cuba has…so many kinds of music, all of brilliant. It was inevitable that we would be play here one day,” he said.

Leonard Cohen’s Death
One month before his death, Leonard Cohen made a shocking announcement. Within an interview with New Yorker, the musician stated that was ready to die. “I hope it’s not too uncomfortable. That’s about it for me,” he told them in October. The “godfather of gloom” died aged 82 on

November 11th. He was one of the most celebrated musicians, and even before his career in music began, had already found success as a poet and novelist.

His most famous song “Hallelujah,” in which he drew parallels between physical love and the desire for a spiritual connection, has been covered hundreds of times since he released it in 1984.

What were your most memorable moments in music for 2016 ? 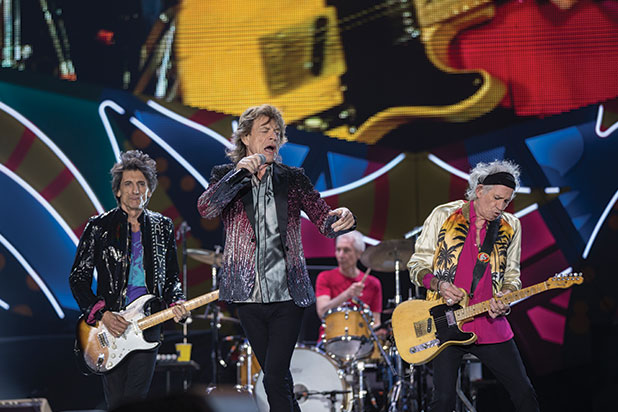