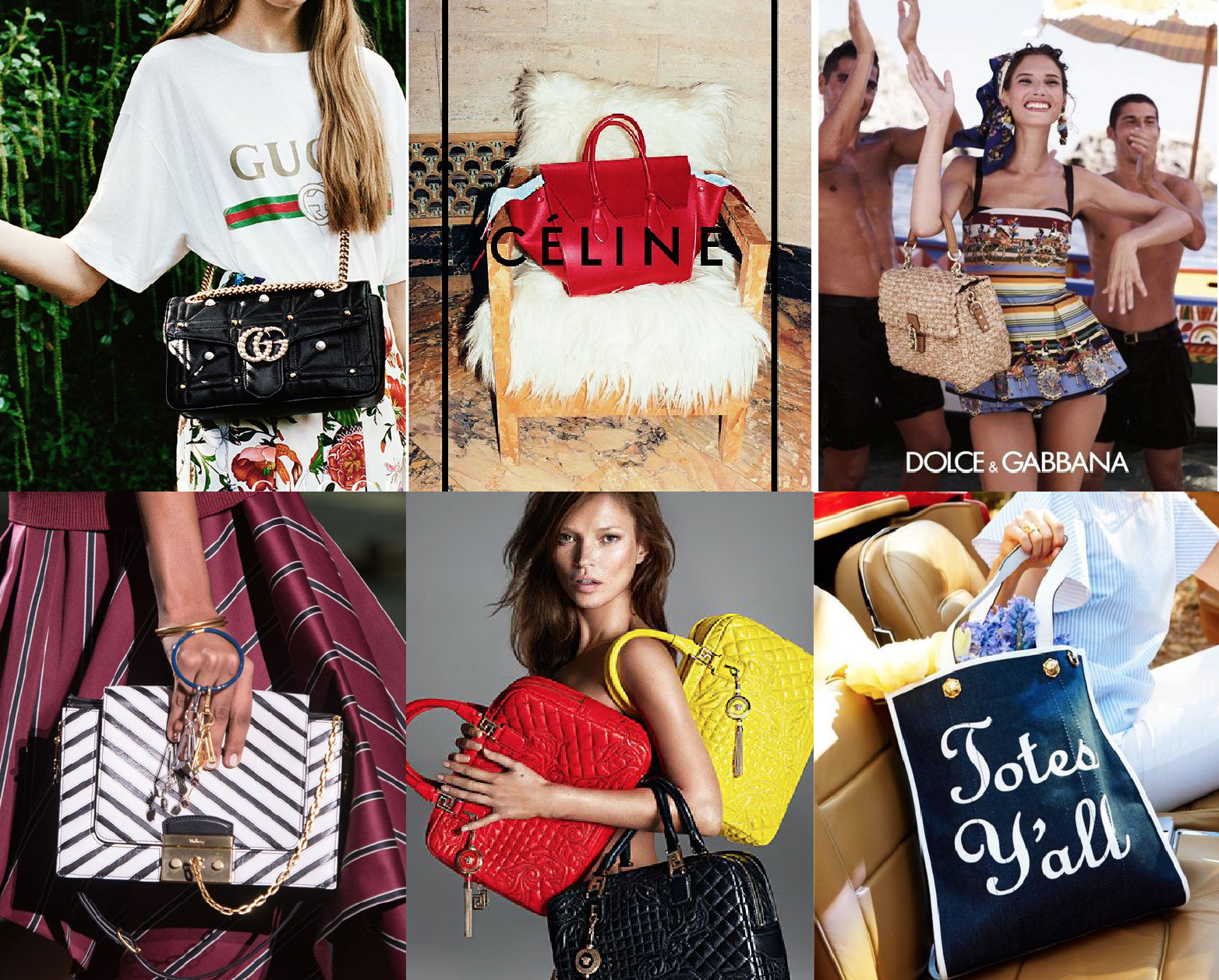 The bag has never been more important in the world of fashion as it is today. Whether it be a Louis Vuitton, Chanel, Prada or Kate Spade, the “IT” bag of the season is enough to make the fashion celebrity pack swoon.

Fashion Industry Broadcast had compelling reason to explore the evolution of the luxury accessories industry, its origin in history as well as its evolution in context of a fast changing social world. As the keepers of our daily lives’ equipment, handbags have been strongly influenced by technological and societal changes, such as the development of currency, jewelry, transportation, and cosmetics, as well as the role of women in society.

Embracing its paradoxical role as both signifier and concealer, the handbag gestures toward a myriad of tantalizing psychological interpretations. It has been a chameleon object: Ancient, symbolic and indispensable, expressing the needs and tastes of both, its wearer and its time. 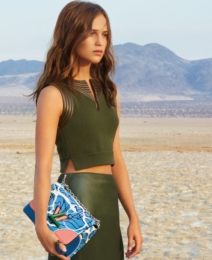 It is said that you can tell a lot about a woman simply from observing her choices of shoes and handbag. Whilst heels are often more of an internal statement of how a woman wishes to feel, the designer bag is an extroverted shout out on how a woman wants to be perceived by others. Today a woman’s handbag and the manner in which she carries it, is like a modern coat of arms, displayed as she marches into a battle, telling everyone around her three things: Where she comes from, where she sees herself currently, and where she is going.
Taking a look at history from its very beginning, purses, pouches, or bags have been used since humans needed to carry precious items. While the term “handbags” did not exist until the Mid-Nineteenth century, ancient pouches made of leather or cloth were used mainly by men to hold valuables and coins. Ancient Egyptian hieroglyphs show men wearing purses around the waist, and the Bible specifically identifies Judas as a purse carrier.
While during the Sixteenth and Seventeenth centuries, women’s gowns were so voluminous that  all of their goods would fit into their pockets and so-called “Swete Bagges,” the people in the Eighteenth century started using “real” purses. These were named after the French expressions “reticules” or “indispensables”. This development mainly occurred because the full skirts of the ancient regime became less popular in favor of a more slender and narrow dress after the French Revolution. These slender dresses left no room for pockets and these were discarded.
Developments in science and industry during the Victorian era created a vast array of styles and fabrics, which women could coordinate with the rest of their outfits. Though pockets returned in the 1840s, women continued to carry purses and spent an enormous amount of time embroidering them to show off for potential husbands.
With the birth of railroads, bags were about to experience another revolution. As more people traveled by train and more women became mobile, the professional luggage-makers turned the skills of horse travel into those for train travel. Soon the term “handbag” emerged to describe these new hand-held luggage bags. Indeed, many of the top names behind today’s handbags got their start as luggage makers, such as Hermés, founded in 1837 by Thierry Hermes, a harness luggage packer for the Parisian rich. 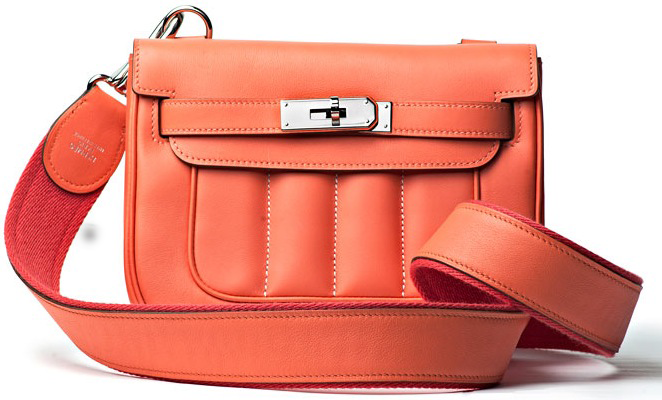 In the early Twentieth century, handbags became much more than just hand-held luggage. Women could choose from small reticules, Dorothy bags with matching robes, muffs, and fitted leather bags with attached telescopic opera glasses and folding fans.
After World War 1, and as more activities and travel opportunities became available for women, the long contracting layers and rigid corseting disappeared. Also, rules for colour coordination grew lay and novelty bags, such as doll bags, which were dressed exactly like its wearer, became popular.
By the 1930s, most of the bags as we know them today had been invented, including the classic handbag, which had handles and a clasp frame, the clutch, the satchel and the shoulder bag. The 30s bags reflected the Art Deco style that highlighted abstraction and celebrated new industrial materials, such as plastic and a zipper.
During and after the Second World War, bags became larger, squarer and more practical, reflecting the desire to appear self-sufficient. Bags in Great Britain were made both, to carry gas masks and to match an outfit. When in France and America more and more women entered the workforce, they turned into shoulder bags. After the war, the shoulder bag was relegated to country and travel features until its revival in the 1970s.
In the 1950s though, with the post-war economic boom, handbags turned into cult status again. Major designers such as Vuitton and Chanel enjoyed a culture where accessorizing and colour coordinating were held to an almost moral standard. Within this new decade of femininity, very small bags started to imply sophistication and beauty. The tiny handbag represented elegance and submission. 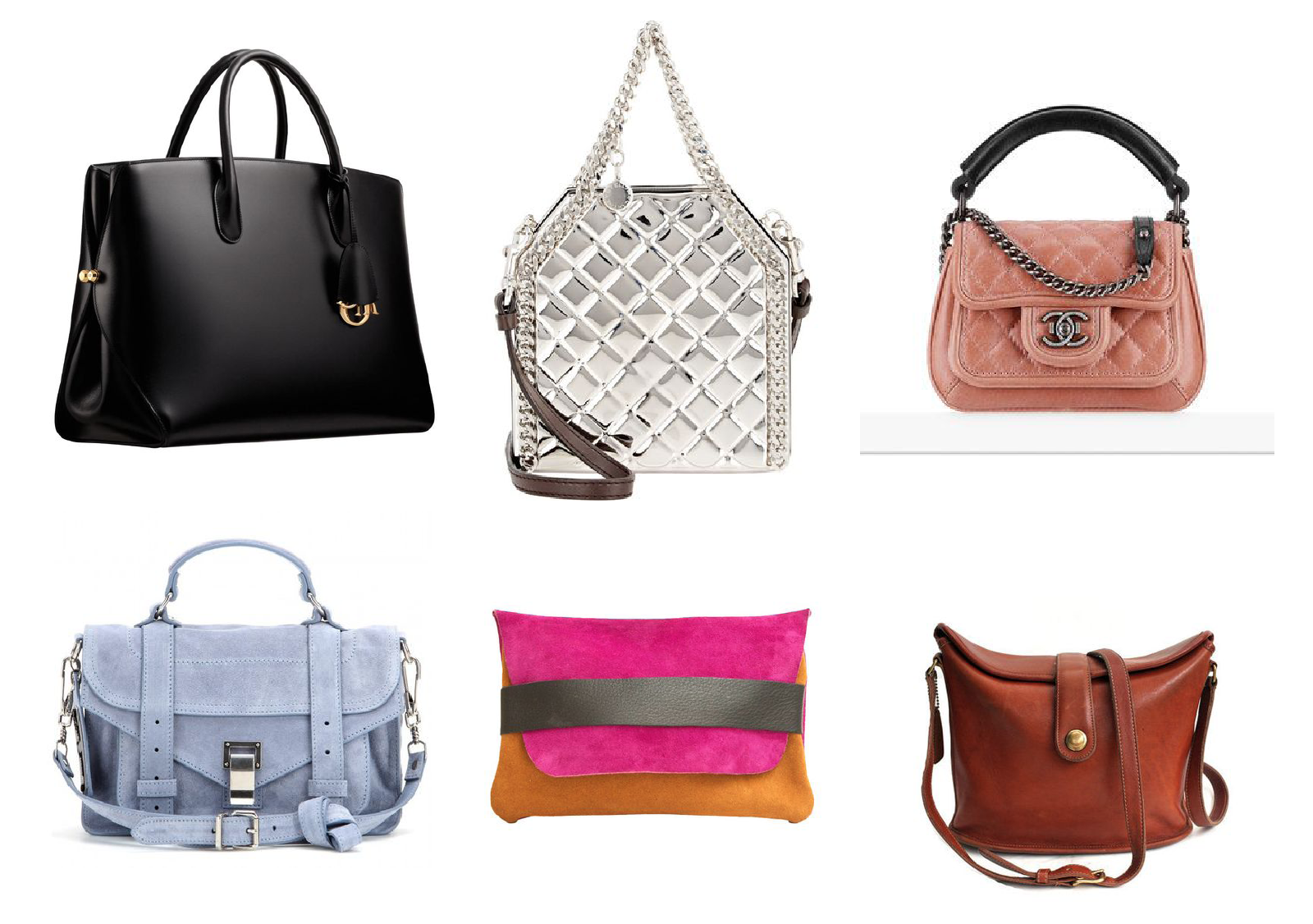 During the 1960s, rules of “appropriate” dressing relaxed in response to the women’s movement and the rise of the youth culture, while during the 80s and 90s, handbags became associated with conspicuous consumption. And, for the first time, health and fitness sports bags and shoes represented an additional group of accessories that influenced high fashion.
Nowadays handbags are made in a bewildering array of styles and materials. Designers continue to play with the paradoxes inherent in the handbag with transparent materials that both, expose and conceal the contents of the bag.
Styles such as the tote, the envelope, the clutch or the shoulder bag of course, have been and will remain both, the carriers of secrets and the signifiers of power, status, and beauty. 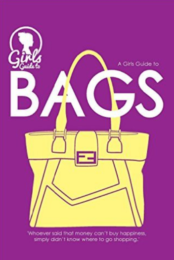 Read the entire history of bags and take a glimpse at some of the most famous brands for bags in Fashion Industry Broadcast’s “Girls Guide to Bags,” available on Amazon.