Like mother, like daughter! With only 15 years, Kaia Gerber is following in the footsteps of her supermodel mother, Cindy Crawford.

The teen has been modeling since she was 10, but now she is more focused on her career than ever before. After she became the face of Marc Jacobs Beauty campaign, the young beauty recently posed for Love Magazine‘s cover and was photographed by Kendall Jenner. Yes, you read right. The model and sister of Kim Kardashian made her debut as a photographer and she had nothing but nice things to say about the ‘new face’.

“I picked Kaia because I think she’s amazing and beautiful. I’ve gotten to know her a bit, and she really is such a great young girl with such a good head on her shoulders. You could say I’m a fan of hers, and I would love to see her succeed. This for me was so cool, because it really does come full circle: Her mom was my idol; I’m shooting my idol’s daughter. I think she has a very bright future. And for me to be able to say in the future, ‘I shot the young Kaia Gerber’ will be so cool!”, said Kendall in a statement.

Gerber stated: “Working with Kendall was effortless. It just felt like two friends hanging out, snapping a few photos at candid moments. Kendall told me that my mom is one of the people she looks up to most, and it’s cool to see it come full circle because Kendall is a role model for me.” 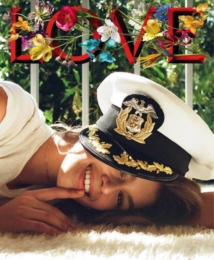 Kaia was signed to IMG Models at the age of 13, three years ahead of mother Cindy, who was 16 when she first got into a model agency. In an interview with Vogue, Cindy told Kaia that she was more mature than her:

“You’re so much more confident than I was! I didn’t start modeling until I was nearly 17. You have a sense of what feels right for you. I don’t worry about you staying true to yourself.”

Despite her young age, Kaia has a portfolio to leave any veteran with envy. Her first big gig was with designer powerhouse Versace for the Italian brand’s kids’ clothing range. On hiring the teen, Donatella Versace said:

“Like her mother, Kaia has a very special gift. The camera really, really loves her. It was such a special treat watching Kaia walk in her mother’s footsteps.”

She had also been named as the face of Miu Miu sunglasses and Alexander Wang and has modeled at New York Fashion Week. Besides, she got photographed for Vogue Italia, Vogue Teen and Pop Magazine. As Kendall believes, Kaia has great potential to be on top of the next generation of models:

“Listen, were all trying to get all our work in now before she hits the scene. When that happens we’ll all go broke!”, jokes. 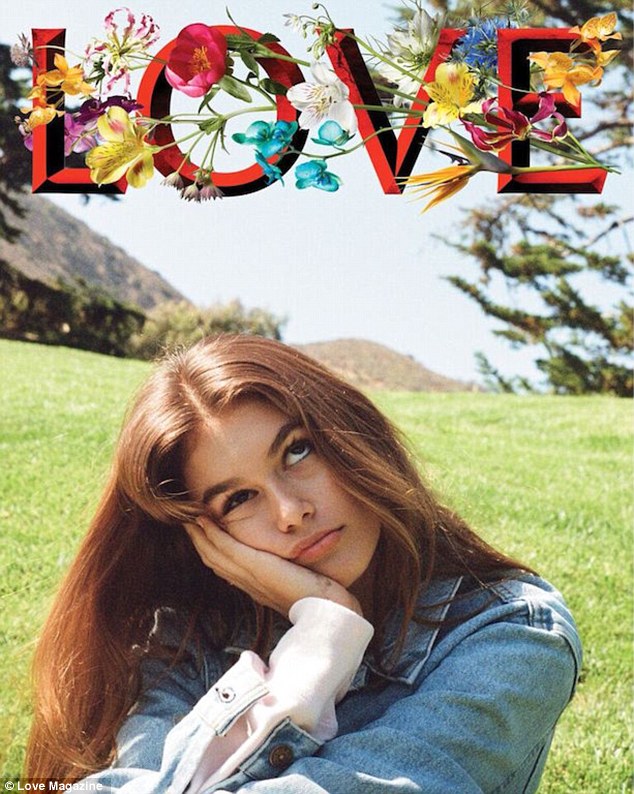 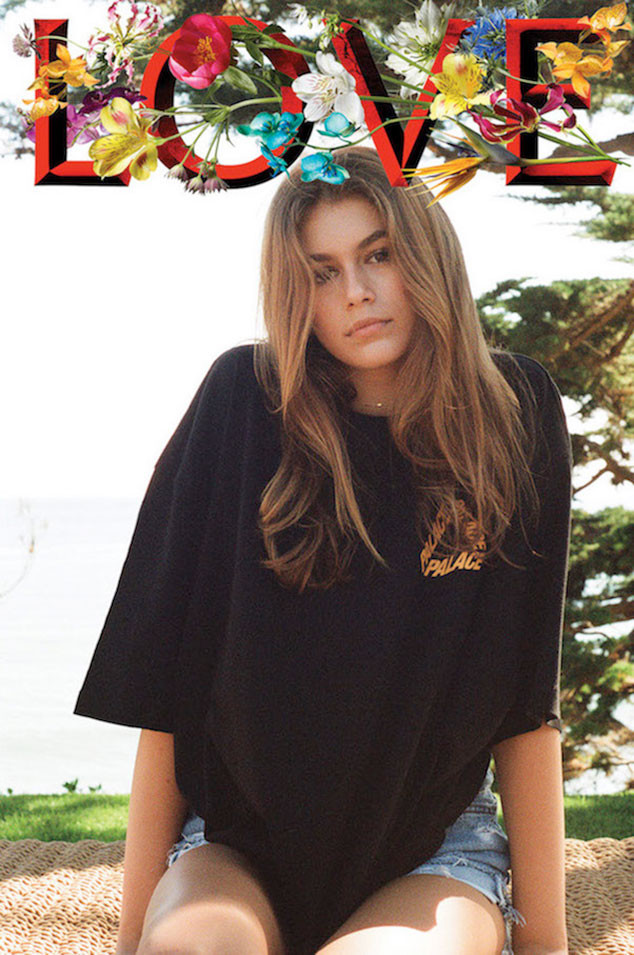