Overnight, pop superstar Beyoncé Knowles-Carter revealed that she and her husband/ rapper Shawn Carter, also known as Jay-Z, are pregnant with twins!

We would like to share our love and happiness. We have been blessed two times over. We are incredibly grateful that our family will be growing by two, and we thank you for your well wishes. – The Carters

The singer – referred lovingly by fans as Queen Bey – shared an image on Instagram for the announcement just a couple hours ago. In the picture, she appears in front of a large bouquet of flowers in lingerie, veiled and caressing a prominent baby bump. “We would like to share our love and happiness”, said Beyoncé, in the post.

“We have been blessed two times over. We are incredibly grateful that our family will be growing by two.”

The famed couple already has one daughter, Blue Ivy, who was born in New York in 2012. Back then, the birth of the superstars’ first child caused a massive media frenzy. In an interview with Vogue in 2013, Beyoncé described her daughters’ birth as, “the best day of her life”.

There has been no further information on the pregnancy yet, and whether this will impact her shows at Coachella in April or her expected performance at the Grammy’s. 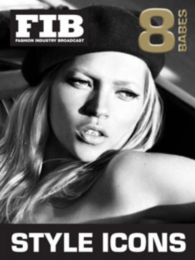