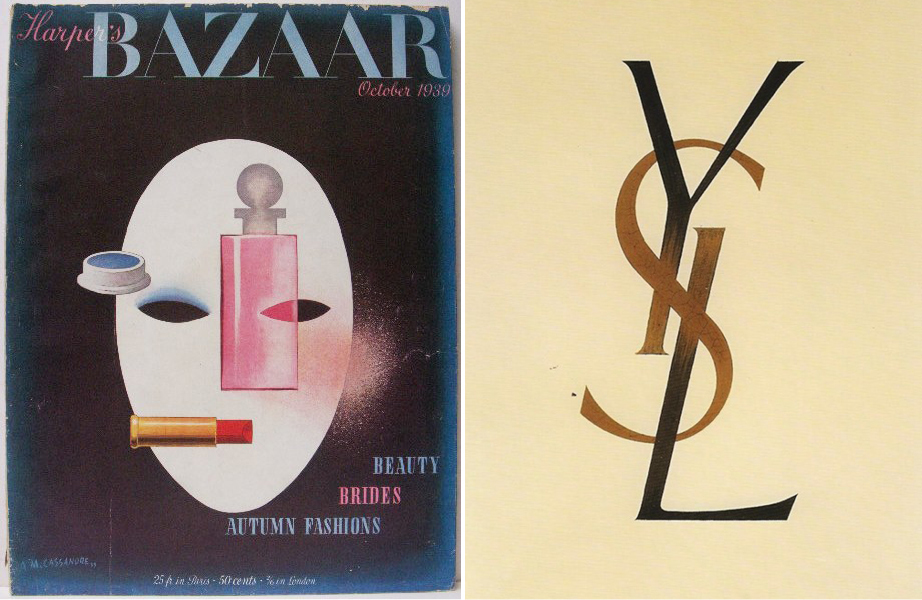 To begin a study of the YSL logo design one needs to start with a brief understanding of typography. The classic Yves Saint Laurent logo design is an outstanding piece of fashion history that completely sets itself apart from the fashion clichés that are dominated by the modern serifs of Didots and Bodonis – Giorgio Armani, Vogue, Harper’s Bazaar, Calvin Klein, Ralph Lauren; and the uppercase grotesques – Chanel, D&G, Louis Vuitton, Hugo Boss and so on. 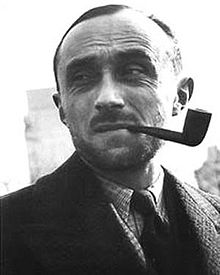 The YSL design was one of the last works of Monsieur Cassandre, designed (circa 1962) before he committed suicide due to depression.

A student of the École des Beaux-Arts in Paris, France, Adolphe Mouron Cassandre was a painter, commercial poster artist and typeface designer. His inventive graphic techniques show influences of Surrealism and Cubism and became very popular in Europe and the US during the 1930s. He was a teacher, as well as an artist.

One of his most well-recognized posters was the Dubonnet Poster and while his primary success stemmed from designing posters he also designed magazine covers, advertisements, logos and typefaces. In 1937 he designed the typeface Peignot for the Deberny & Peignot type foundry in Paris, France. He joined the French army during the German invasion of World War II, after the devastating effects of the war he found work designing sets for ballet and theater production. In 1968, after a severe battle with depression, he ended his own life. 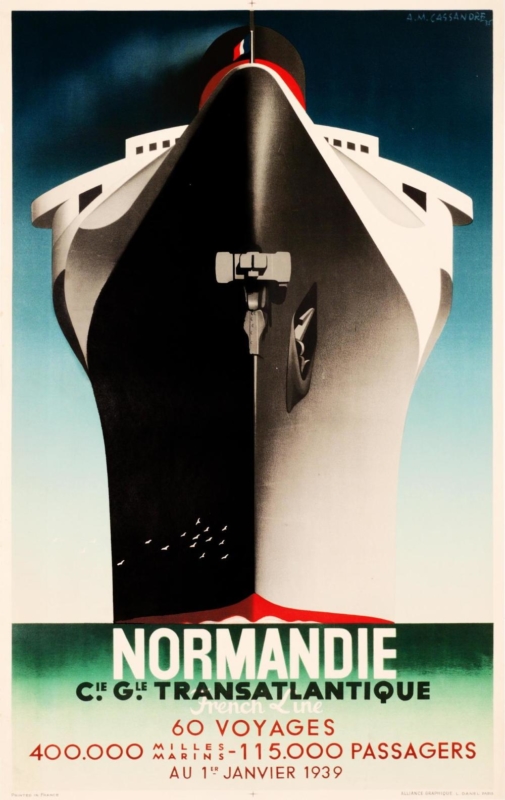 The YSL identity is one of the more famous and contentious icons in the world of designer fashion, especially of recent years. Long after Yves passing, the legendary brand was passed to a number of new creative and business custodians. Alber Elbaz, Tom Ford, Stephano Pilati, Hedi Slimane, and Anthony Vaccarello. One of Hedi Slimane’s first actions as creative director was to play the heretic as he chose to adapt the brand’s name and logo from YSL to Saint Laurent Paris. Whilst the Couture and fragrance ranges kept the original Cassandre YSL logo.

What Cassandra was able to do so brilliantly was to blend the letterforms with exceptional harmony, mixing sans and serifs in a subtle way, while successfully mixing roman and italic forms at the same time. The challenge lied in how Cassandre dared to break the unwritten rule of not mixing – in the same word – two typeface features that are, in principle, incompatible.

This is what makes the YSL logo so special and inimitable. Besides this, he faced the problem of connecting all the letters – which he managed to do in a very subtle way without creating odd ligatures or distracting, superfluous strokes.

The words flow from left to right, creating a beautiful rhythm between the capitals and the small capitals. It’s a seemingly impossible combination that works perfectly and makes this a unique gem of a graphic identity rarely seen even in this day and age.

Cassandre managed to perfectly capture the sensibility and sexual ambiguity of the fashion designer Yves Saint Laurent in this design. Years may have passed but like any good logo, it still stands strong (Hedi Slimane not withstanding), setting itself apart from its fellow luxury brands. 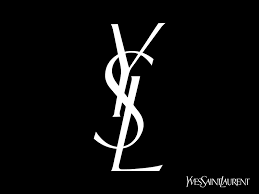 It has become not only a synonym of the ultimate luxury brand, but also a symbol of quality. The three capital letters are turned into a charmingly elegant monogram that when left by itself still stands for most, if not all, of the values mentioned.