When fashion and photography synchronize in a very elegant and yet artistic way, then we’re probably talking about Raf Simons’ campaign for his SS17 menswear collection, shot by Belgian photographer Willy Vanderperre and styled by Olivier Rizzo, both well-known for their work for Prada and Miu Miu. 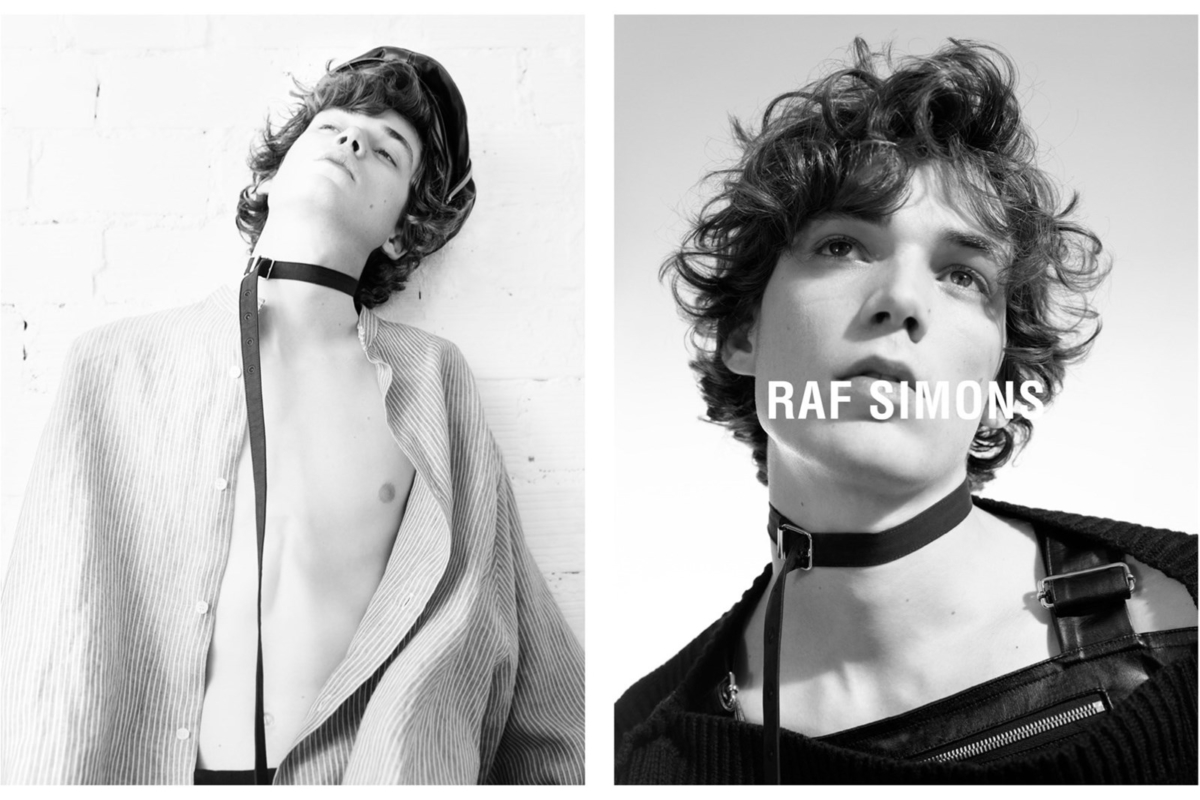 The campaign was dropped right before his long-awaited runway show at NYFW that will take place today, where he is going to unveil the brands’ new AW17 collection – another masterpiece of the ex-Dior creative director. All shots are taken in black and white, showcasing the collection in front of a neutral white background that links to the location of Robert Mapplethorpe’s famous imagery of Patti Smith.

The collection’s key pieces feature photography prints as a selection of the photographer’s work, styled with black bondage-like chokers and leather caps. The quite unusual collaboration began when The Robert Mapplethorpe Foundation reached out to Simons, and he immediately accepted. He got inspired by the thought of introducing some artworks in his collection:

“I want to challenge myself also for the Foundation to hopefully make it believable to a different audience,” the designer unveiled backstage at Pitti Uomo in Florence last year, “(to) reach out to different generations, not only people who are following art.”

With this creative collaboration, an eagerly-anticipated AW17 show, as well as the announcement of his debut collection for Calvin Klein, which will be shown at New York Fashion Week on 10th February, Raf Simons had a brilliant start into the new year and we are more than excited to see what 2017 holds next in store for him! 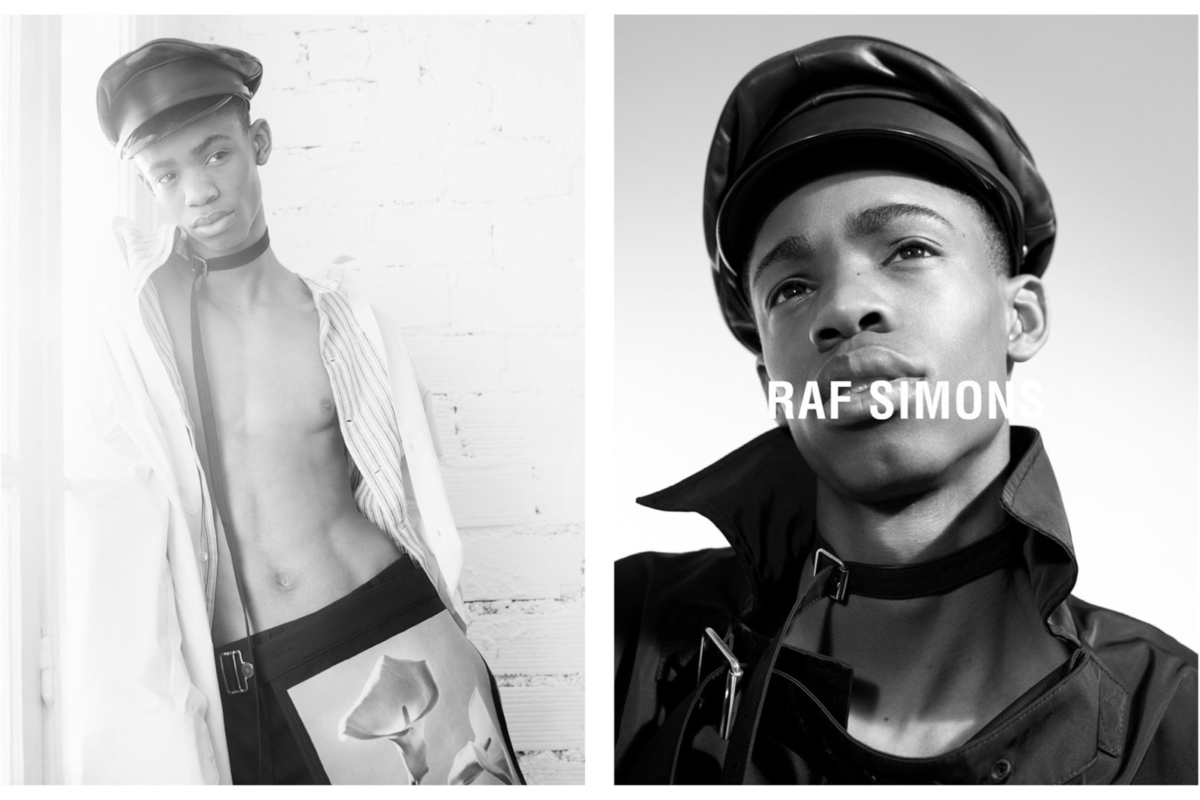 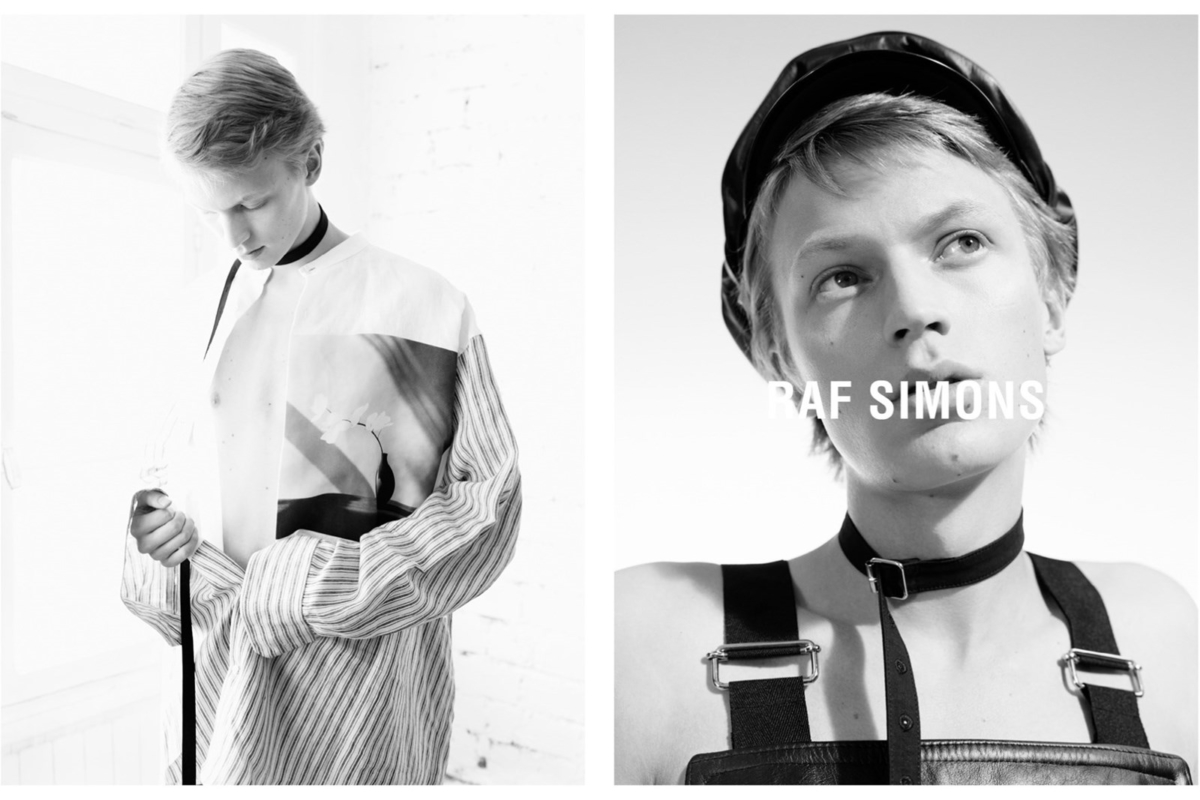 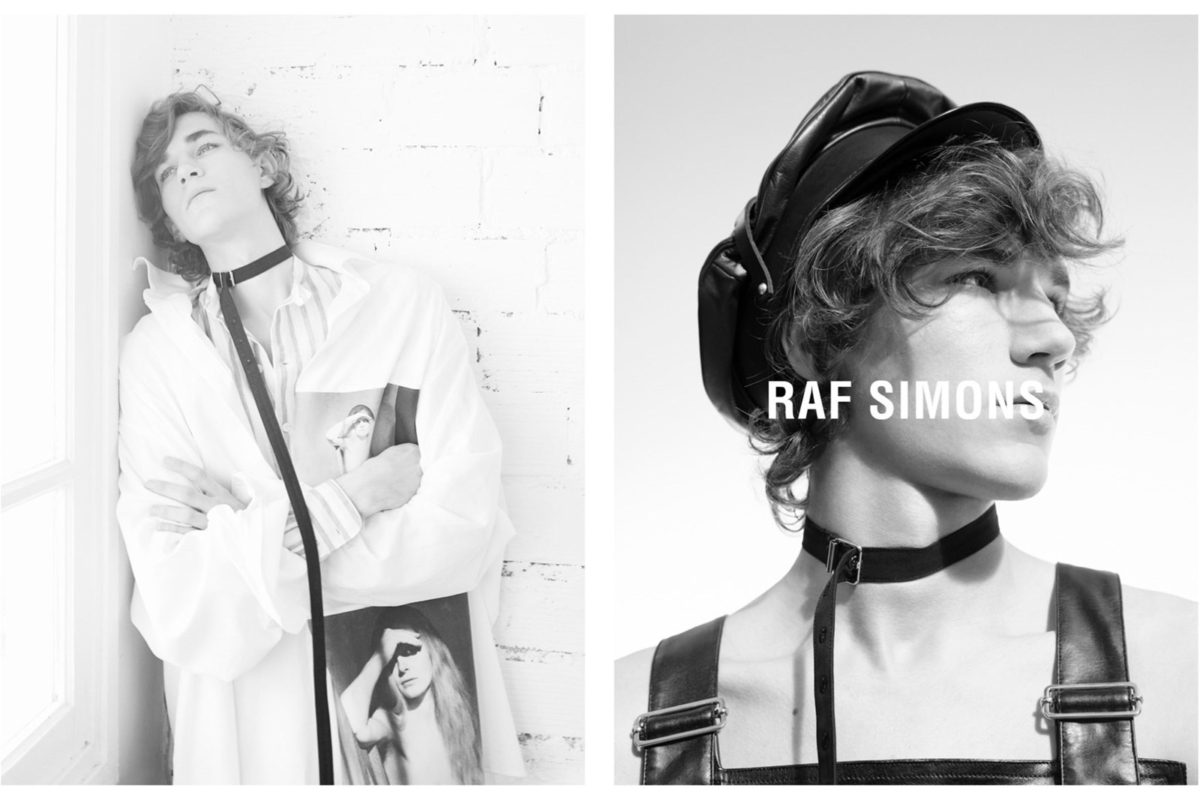 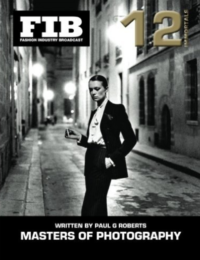