After releasing their singles and music videos for “Never Say Never,” “Think About It” and “Wolves,” Sydney-based Hip Hop band Thundamentals are just about to drop their Fourth album “Everyone We Know” – the first release through their own newly minted record label High Depth. 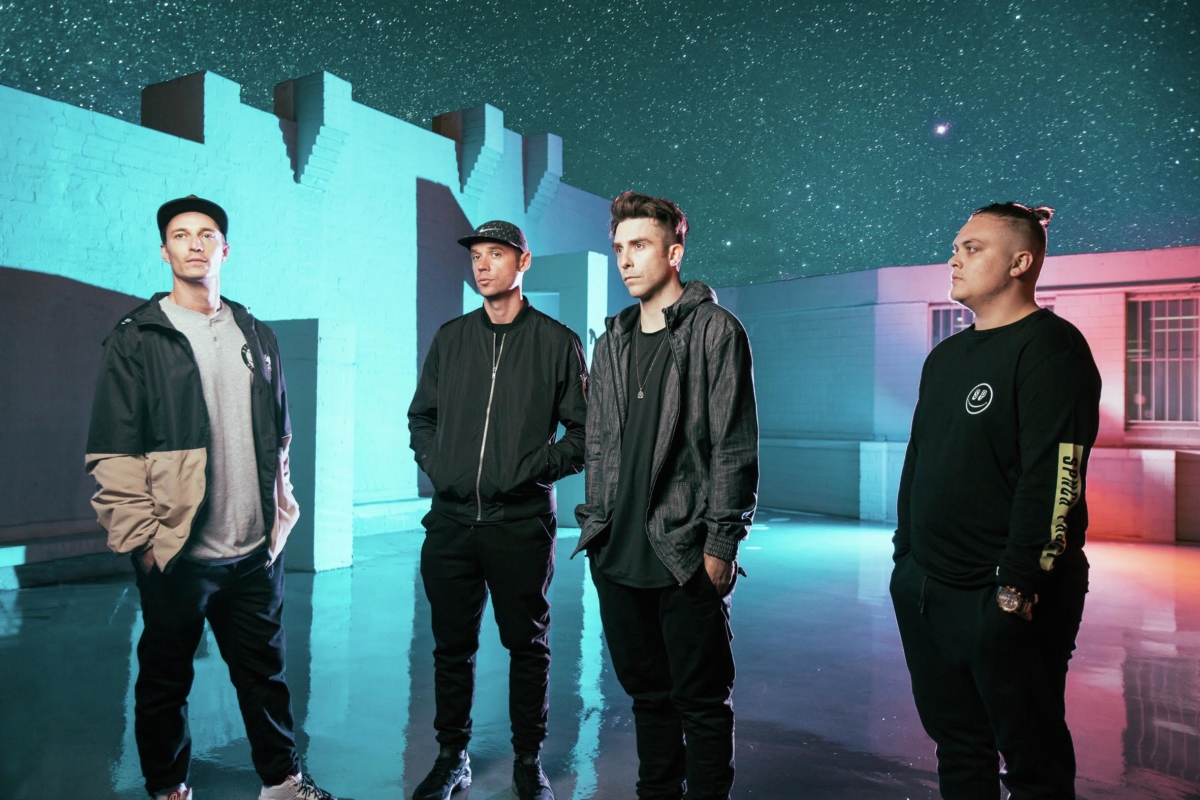 The release will be celebrated alongside a conceptual art exhibition, featuring the work of April77 Creative, a full-service creative studio located in Sydney’s inner west. Each song is represented by a different character or person which will make up the works of the 16-piece graphic art collection in form of a perfect visual pallet for the entire record.

The album is dedicated to the connection that the band has built up with its fans over the years, offering a fresh new vibe with no genre attached while aiming to create a sound that anyone who loves music can refer to. Singer-songwriter Tuka (Brendan Tuckerman) said in an earlier statement that sometimes it’s more about the emotional message that a song provides, rather than the musical aspect to it:

“It’s not always about having a really technical verse – although sometimes it is – but sometimes it’s about hitting people emotionally and understanding the emotional maturity of what music can do.”

Featuring a variety of emotions as universal ideas, the Thundamentals want to appeal to a bigger audience while giving every song a sense of authenticity and meaningfulness. From the lush choral-jazz collision of the title track to the sublimely stuttering style of “Wyle Out Year,” to the infectious funk of first single “Never Say Never,” it’s hard to argue – biased or otherwise – that Morgs (Morgan Jones) and Poncho (Kevin Kerr) have stepped things up.

The Hip Hop crew refers to big themes, making us think about humanity without preaching through tracks like “Blue Balloons” – a tribute to a young fan who passed away –  or “Ignorance Is Bliss” – which tackles “white privilege” head on.

“I guess that our philosophy is to kind of weave in these little seeds of opinion, but not to be too overbearing,” says singer-songwriter Jeswon (Jesse Ferris).

“The way it goes in Australia, people are often apathetic, and that’s kind of the Aussie way – if people feel like they’re getting a mouthful of politics then they tend to switch off, so you have to be smarter than that if you wanna talk to them.”

Besides more upbeat songs like “Wolves,” which relates to the difficulty to prosper as a live band in today’s industry and an unsupportive government behind the creative arts, the album features some more laid-back tunes, as well, with songs like “Sally” or old school nostalgic track “Reebok Pumps”. Featuring this huge variety of different vibes and current themes that we all can relate to, the Thundamentals created a masterpiece that – so it seems – won’t disappoint!

“Everyone We Know” will be dropped on 10th February, the day after their exhibition tour stop at Lord Gladstone in Sydney. Fashion Industry Broadcast will be there to cover the event, as well as having a face-to-face chat with band members Tuka and Morgs – Interview to follow soon on The Broadcast!

For now, watch the video for their latest release “Wolves” below.