Tommy Hilfiger is back in a big way this season. Showing his newest collection in LA last week, it’s safe to say that this is definitely going to be the next big thing. Collaborating with Gigi Hadid, the designer used the LA it-girl as his main inspiration. 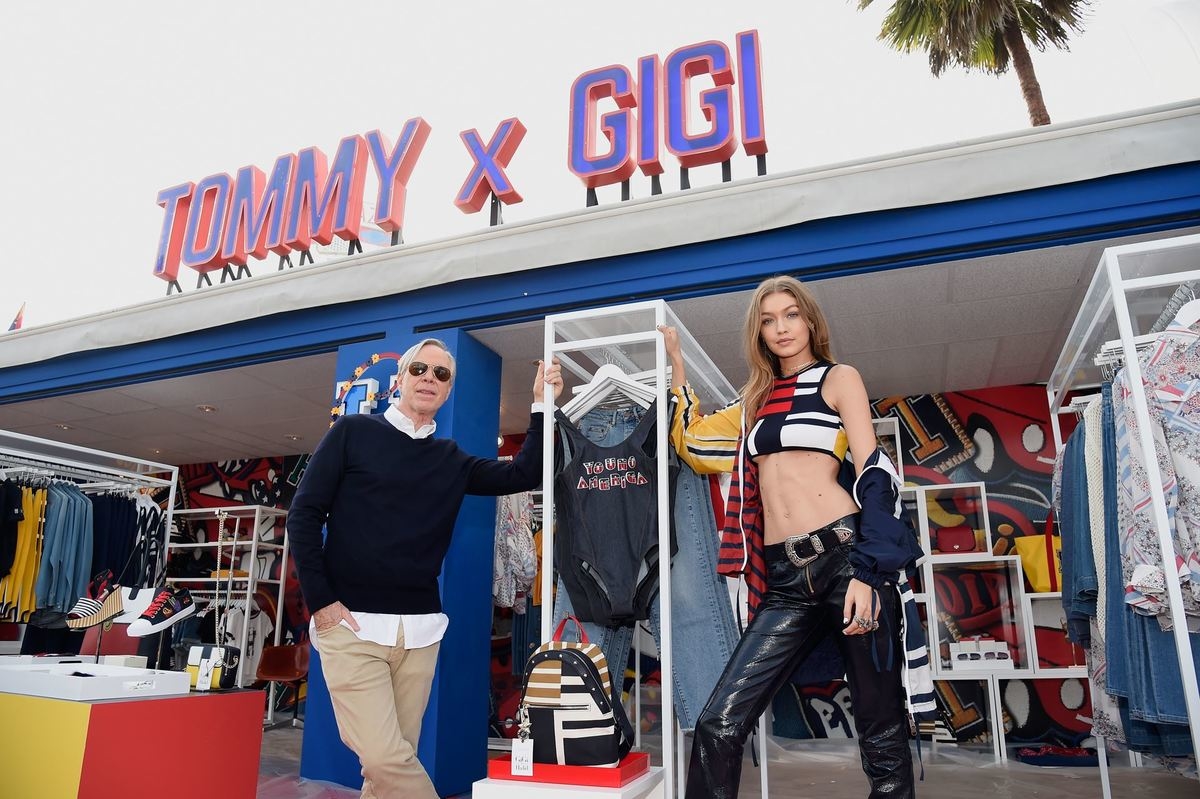 Americana was the focus point, putting strong emphasis on fun, casual, Western vibes. Featuring the American flag, it was used as heavy inspiration to be cut and styled in many different ways throughout the entire collection – think stripes everywhere. Being inspired by

Being inspired by Californian-styled bodysuits were thrown into the mix to give off that extra fresh spring feel. Denim was brought back with a fun new spin, think vintage patches with hippie-inspired icons, embroidered into the garment. Also, cut off crop jackets were also having a moment. Leather was incorporated to add edge while comfort was also clearly a key focus this season with flowy, patchwork dresses and the use of over-sized jumpers as shown below, worn by Hailey Baldwin.

Pulling out all of the stops, this designer opted for a change of scenery and took his models, the collection, and runway to the East Coast. Here he set up and invited his viewers to ‘Tommy Land’. Turning the sandy, palm tree lined beaches into an amusement park of his own, it featured an array of rides, food, and street performers, showing us and our Instagram feeds that this youthful collection is what Spring 2017 is all about.

Bringing in an A-list audience seemed to be of no problem with the likes of Lady Gaga, sitting front row fresh from her Superbowl performance.  She was sporting a gorgeous heavily embellished outfit, topping it off with an edgy makeup look that only the queen that is Lady Gaga could pull off. Fergie was also in attendance, having performed at Tommy Land. The pop star looked stunning in what was short shorts, featuring the stripe detail and a metallic blue jacket.

Thanks to the likes of social media and the hashtag #TOMMYNOW, the news that the show was being live streamed took over social feeds and worked wonders, having been reported that multiple styles were able to sell out within 24 hours of the showcase through the use of the new ‘See Now, Buy Now’ model.

With Hilfiger’s new look collection, a star-studded list of models walking in the show, a fresh atmosphere that really amped up the energy, not to mention the A-list audience, it’s safe to say that the Tommy x Gigi Spring 2017 collection is definitely an instant success.