Skip to content
Few photographers managed to polarise the art scene on such a regular basis as German photographer Helmut Newton. He was classed as the ultimate fashion photographer by some, whilst others labelled him a passing fad and misogynistic pervert. Blending glamour, eroticism and fantasy in a way that had never been seen, at the peak of his powers he managed to completely redefine the industry he worked in.
https://youtu.be/gV1HFS233fs

Newton’s beguiling use of fetishistic imagery, beautiful models and glamorous surroundings took the sophistication of his predecessors and injected it with a brazen new sexuality. Building on major avant-garde art movements of the 20th century, he blended themes of glamour and voyeurism to create a style that has since become an everyday part of the fashion landscape.

Leather, stilettos and chains all feature prominently in his work.  His sensuous black-and-white imagery is famous for being suggestive, carnal and underpinned with subversive hints of sadomasochism. His voyeuristic influence introduced French Vogue to a whole new gaze, and put him much in demand throughout the world through brand campaigns with Yves Saint Laurent and Versace.

Check out his full story in our 5 Minute web doco above: 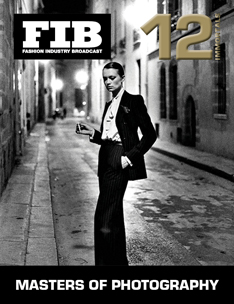 To read more about the infamous Helmut Newton head over to FIB’s Masters of Photography, vol 12 Immortals, available from Amazon and all good bookstores.