Skip to content
It is often repeated, “the first Velvet Underground album only sold 10,000 copies, but everyone who bought it formed a band.”
https://youtu.be/hUHx-3TMnEg

The Velvet Underground was an American rock band formed in New York City. Active from 1964 to 1973, the band experienced little commercial success while together, yet are often cited as one of the most significant groups of the 1960s.

The Velvet Underground was formed by Lou Reed, John Cale and Sterling Morrison and was briefly managed by Andy Warhol.

In 2004, Rolling Stone ranked The Velvet Underground number 19 on its list of the “100 Greatest Artists Of All Time.” The band is considered among the most influential bands in rock history with a legacy stretching into alternative and experimental rock.

They have been acknowledged as influencers for some of the most prominent names in modern music history including David Bowie, Pixies, Nirvana and Joy Division.

To learn more about the experimental tendencies and musical talent of The Velvet Underground watch FIB’s 5 minute web-doco above. 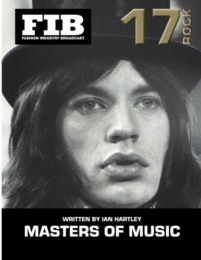 For more about The Velvet Underground and other rock legends like The Rolling Stones, The Sex Pistols, The Who and U2, you can purchase Fashion Industry’s Broadcast book Masters of Music vol. 17 “Rock” on Amazon here.