Skip to content
Gone are the days of the Bieber fringe and his teen pop sound. Justin Bieber is all grown up and making music that is better than ever.
https://youtu.be/vxYB82WNhxE

Justin may still be remembered for his pre-pubescent voice in his smash hit Baby but he’s at the height of his career with his EDM influenced album Purpose. Now days he’s making his way around the music scene featuring in other well known artists tunes.

After being chased by both Usher and Justin Timberlake before he was an officially signed artist, Justin has taken the world by storm. Over the last seven years he’s become a household name. Bieber fever may be a thing of the past but teenagers and adults alike still can’t get enough of his record breaking tracks.

Check out his full story in the Web-Doco above! 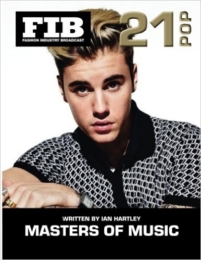