The trailer for the latest movie starring Scarlett Johansson ‘Rough Night’ has been released to mixed reviews. If one thing is for sure it’s that it was a rough night on twitter with some people calling for a boycott of the movie already.

The comedy directed by Lucia Aniello and written by Lucia Aniello & Paul W. Downs features a bevy of strong talent, including Zoe Kravitz, Kate McKinnon, Ilana Glazer and Jillian Bell, making for one hell of a talented cast that are sure to deliver the goods.

The newly released trailer shows the bride to be (Johansson) with her bridesmaids tearing up the town on what is sure to be the bachelorette party from hell. Taking the party back to her house they are set to be entertained by a male stripper. However, things go downhill fast as one of the bridesmaids accidentally kills the stripper and fuelled by drugs and alcohol the gang not so wisely devise a scheme to cover it up and get rid of the body. Ladies, we’ve all been there after a bachelorette party, right?

Talented cast aside there seems to be a crowd who aren’t taking this new movie lightly, with twitter feeds blowing up from users who were quick to lend their two cents. Some users were voicing their concerns that this movie is a step backwards for the feminist movement and the fact that the movie makes light of the death of a “sex worker.” 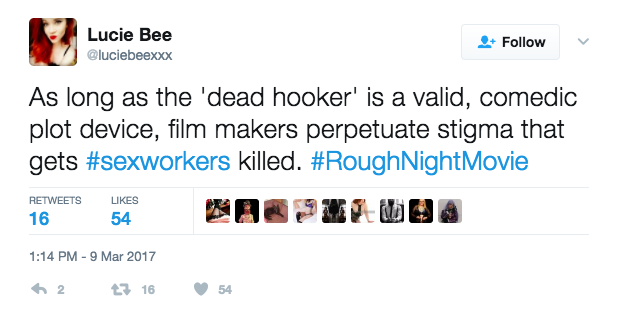 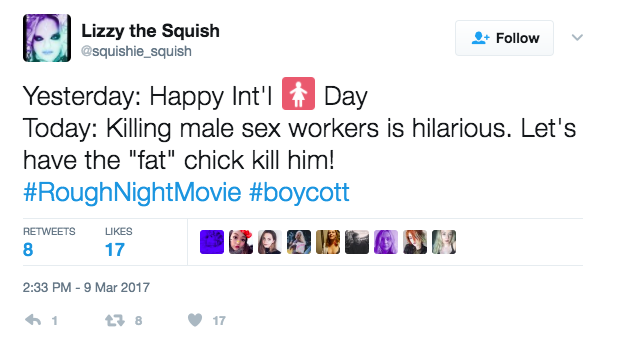 How we imagine the cast, director and producers looked like when seeing the reaction…

Of course it wasn’t all bad with some in the twitter verse finding the humour in what is a fictional comedy.

Rough Night is said to be released in cinemas June 16th!