After catching the eye of one of the worlds most legendary photographers, Werner went on to work for some of the most renowned designers and photographers the fashion industry has seen. Being the only male model to grace the cover of French Vogue, Werner helped fashion advertising define the modern man.

Ever since his mother sent him abroad to pursue modelling, he has appeared in campaigns for Versace, Levis and Dolce and Gabbana — just to name a few from the very large list. Although he still models, he now splits his time up between acting, creating art, designing clothing and photography. 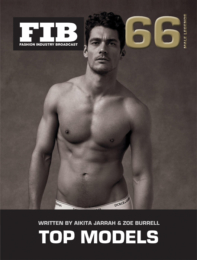