Skip to content
From premier songwriter to international superstar, Bruno Mars isn't shy when it comes to getting where he wants. Mars is one of the few artists who have performed at the Super bowl half-time show more than once.
https://vimeo.com/210578065

Starting from the bottom, Mars worked his way up the music industry ladder by featuring in many well known artists’ songs. He quickly became popular with the media and audiences around the world. Before he knew it, he was apart of a hit team with Mark Ronson and their song ‘Uptown Funk’ which broke records globally.

The Hawaiian born artist has written songs for the likes of Adele, Kanye West and Jay-Z in his short career.

Knick-named Little Elvis when he was a child, Mars credits Michael Jackson and Elvis Presley as some of his earliest inspirations. He grew up impersonating the ‘Jailhouse Rock’ singer in his family’s band The Love Notes. 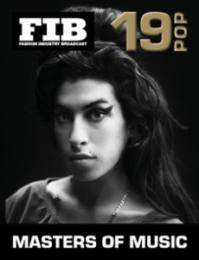 For more information about Bruno Mars and other Masters of Music, check out Fashion Industry Broadcast’s Masters of Music vol. 19 ‘POP’. Available now on Amazon and at all good book stores.