Skip to content
From actor, to fitness guru, to activist, Jane Fonda isn't scared to tackle what she's passionate about.

Jane is best known for her roles in Cat Ballou, They Shoot Horses Don’t They? and Dick & Jane. The model turned actor turned writer has been in the spotlight since the last 1950s with no intention of slowing down anytime soon.

Her personal and political views influenced the roles she portrayed throughout her film career and she spends a lot of her time now campaigning for what she believes in.

Throughout her career she has had seven Academy Award nominations and two wins. 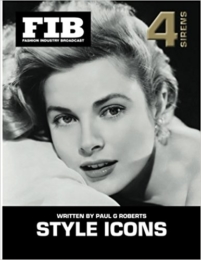 You can read more about Jane Fonda and other Style Icons in Fashion Industry Broadcast’s Style Icons Vol. 4 ‘Sirens’. Available on Amazon and at all good book stores.