The 7-episode television show became an instant success as it followed the inception of one of the most influential groups in hip hop history: Grandmaster Flash and the Furious Five. The second season of the acclaimed series has been announced along with a teaser trailer and the official release date of April 7 on Netflix. 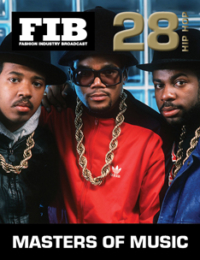 You can read more about the unlikely origins of hip-hop on FIB here.

To learn more about some of the most influential hip-hop artists since its inception, you can purchase FIB’s Masters of Music Hip Hop book on Amazon here.