Skip to content
Once at the centre of a prostitution scandal, Zahia Dehar has bounced back and become a lingerie designer with the likes of Karl Lagerfeld swooning over her creations.
https://youtu.be/-ktARn2Xw5o

Due to the scandal when Dehar was just eighteen, she quickly gained celebrity status and became a household name. Instead of fighting against being in the public eye, she took the opportunity to become the fashion designer she always dreamed of.

Once a model for Karl Lagerfeld and Pierre et Gilles she now designs risqué lingerie with a desire for women to have fun with their bodies. Dehars lower-priced lingerie sets has her in major competition with the likes of Agent Provocateur and Chantal Thomas.

After gaining credibility at Paris Couture Week in 2012, Lagerfeld shot her first look book for her ready-to-wear lingerie sets. She has worked with François Tamarin, Bruno Legeron and Jean-Pierre Ollier on one-off pieces. 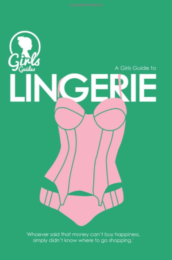 To read more check out FIB’s Girl’s Guide to Lingerie available on Amazon and at all good bookstores!