Skip to content
Known as one of the most popular solo acts in the pop music industry, Britney Spears has continued to captivate audiences around the world.
https://youtu.be/zvX1hYNd4H4

The American singer, dancer and actress appeared in stage shows and productions when she was a child, before getting signed to a label when she was just sixteen years old. In a time where girl and boy bands were a big thing, Spears made a name for herself as a teenage pop singer.

Best known for her songs ‘Oops… I Did It Again‘ and ‘Baby One More Time‘, Spears has become an iconic international superstar. It would probably be hard to find someone who doesn’t know who she is…

Spears has been credited with reviving the teen pop sound during the 90s with her best-selling albums and catchy sound. Her Britney: Piece of Me residency show at Planet Hollywood Resort and Casino in Las Vegas has been recognised as one of the most successful residency shows. 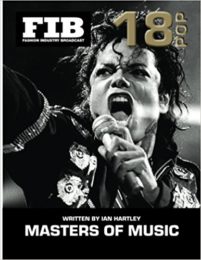 For more about Britney Spears and other Masters of Music, check out Fashion Industry Broadcast’s Masters of Music Vol. 18 ‘Pop’. Available now on Amazon and at all good book stores.