Skip to content
Singer, song-writer and living icon Sir Elton John has continued to push the boundaries between art and entertainment throughout his career. Having released thirty studio albums, he knows a thing or two about captivating an audience. 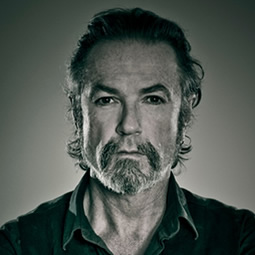 Steve Kilbey is the lead singer-songwriter and bass guitarist for The Church, an Australian psychedelic rock band. In his thirty plus year career, Steve has written over 700 songs, including hits: The Unguarded Moment and Under the Milky Way. The Church were inducted into the ARIA Hall of Fame in 2010. He is one of the most prodigious and talented songwriters in Australian history.

Inducted into the Rock and Roll Hall of Fame in the 80’s and dubbed a knight by Queen Elizabeth, John has had a substantial influence on the music industry we know and love today.

Best known for his extravagant outfits and gospel-chorded rock-ballad sound, John has sold over 250 million records to date. The ‘Don’t Go Breaking My Heart’ singer has worked on the Lion King soundtrack and the score for broadway musical Billy Elliot.

While still performing and creating music for his fans, John has taken more of an interest in humanitarian work the last couple of years. His organisation, Elton John AIDS Foundation is an international not-for-profit that funds direct patient care services and AIDS prevention education. 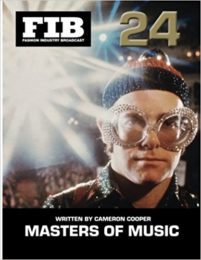 For more about Elton John and other Masters of Music, check out Fashion Industry Broadcast’s Masters of Music Vol. 24 ‘Legends’. Available now on Amazon and at all good book stores.