Skip to content
Creator of the Campbell Soup silkscreen, Andy Warhol is still a leading figure in the visual art movement of pop art.

Throughout his career, Warhol kept his original style of creating art that was both commercial and advertorial. He was placed as the a leading figure in the 1950s Pop Art Movement.

He was known as a controversial artist during the 60s when he was making paintings of things that were known as iconic American items. Coca-Cola bottles, dollar bills and iconic celebrities like Marilyn Monroe were all explored by Warhol.

Warhol’s works are still some of the most expensive works of art to be sold around the world. 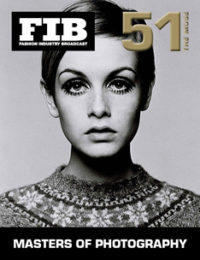 For more about Andy Warhol and other Masters of Photography, check out Fashion Industry Broadcast’s Master of Photography Vol 51 ‘The Muse’. Available now on Amazon and at all good book stores.