Skip to content
Rock god Eric Clapton nicknamed “slowhands” is anything short of mythic. His (slow) hands were instrumental in shaping the musical landscape of the late 60s and 70s, yet as we know, no journey is without its speed bumps.
https://youtu.be/OcILcKdTDJ8

The only three-time inductee to the Rock and Roll Hall of Fame, English rock and blues guitarist, singer and songwriter, Eric Clapton is a living legend. In the Yardbirds, Cream, Blind Faith, and Derek and the Dominos, as well as through his prolific solo career, Clapton has become one of the most influential guitarists of all time. Known for his fiery and precise playing, Clapton is also an icon of British music and culture. In the late Sixties, the phrase “Clapton is God”, originating from a famous piece of graffiti spray painted on a London Underground caught on. 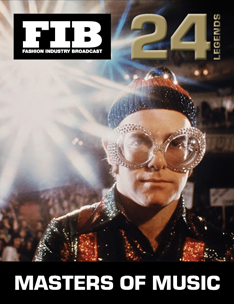 To find out more about Eric Clapton and other influential artists such as James Brown, Rod Stewart, Elton John, Little Richard and Peter Townshend, you can get FIB’s book Masters of Music vol 24 “Legends” on Amazon here.