As the lead vocalist of Queen, Freddie Mercury was instrumental in giving the world anthemic songs like Bohemian Rhapsody, We Will Rock You, Don’t Stop Me Now and countless other unforgettable tracks.

Growing up in India and attending a British style school, Mercury would gain attention for his flamboyancy as he would throughout his entire life. While his career with Queen was amplifying throughout the 1970s and 80s, Mercury would increase his extravagant dress sense and lifestyle, all the while suffering in silence from the AIDs virus. He was intent on creating music every moment that he could before he passed away at the age of 45 in 1991.

Learn more about the incredible enigma that was Freddie Mercury in FIB’s 5 minute web-doco on the man himself. 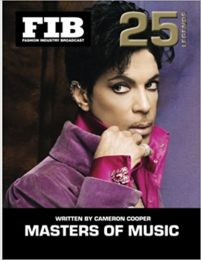 For more about Freddie Mercury and other artists like Prince, Cat Stevens, Tina Turner, Bob Marley and more , you can purchase Fashion Industry Broadcasts’ book Masters of Music vol. 25.