As the male division of London Fashion Week comes to a close, here is a recap of what you missed in the world of men’s fashion!

Opening with a 5th Anniversary dinner and The Royal College of Art’s Fashion Show, the formalities of the week started off slow with designers, production staff, and producers making up most of the crowd.

Stars Turn Out for Mercedes-Benz

In contrast to the previous night, Friday was a big one. Despite shows by Harrys of London, Xander Zhou, Dunhill London, and Topman, a star-studded campaign stole the day’s spotlight. Benedict Cumberbatch, Jim Chapman, and David Gandy posed with Mercedes-Benz for a #LFWM promotional shoot.

Charles Jeffrey’s Loverboy was bold and bright as always on Saturday. The magical show was adorned with red confetti and mythical props. With models appearing as sprites and fairies, Loverboy definitely aimed to challenge the way we look at spring fashion. As always, the line was vibrant, a central focus on yellow and white, offering a new interpretation on classical looks.

The gorgeous Posh and Becks attended the Kent and Curwin presentation on Sunday night. As ambassadors for the brand, David wore their winter line and Victoria appeared in an autumn auburn look, sporting a beige turtleneck and high-waisted leather pants. These two couldn’t be more #couplegoals.

Sunday also saw the re-launch of formerly Californian ‘Band of Outsiders’, revamped and as hot as ever, as well as Vivienne Westwood’s gothic (yet somehow pastel?) new line, taken to the catwalk by none other than the dame herself.

While Monday Finished with a Bang

Despite all the massive names and amazing lines, Monday evening certainly closed the show. Bob Abley’s ‘Messy Fun’ produced quite the response with his surprising neon palette and teletubbies inspired line.

The show certainly struck a chord with the audience, having deterred from the other typically neutral designers. With large spray-painted updos, unbelievably flamboyant clothing, and life-size Tinky Winky bounding around, Abley was definitely the talk of the entire week.

Overall, the #LFWM hit every target you could imagine; fairies, teletubbies, and the hottest British celebs. With such daring new lines and always inventive designers, be sure to look out for sporty, military, androgynous, bohemian and neon trends for the summer season. 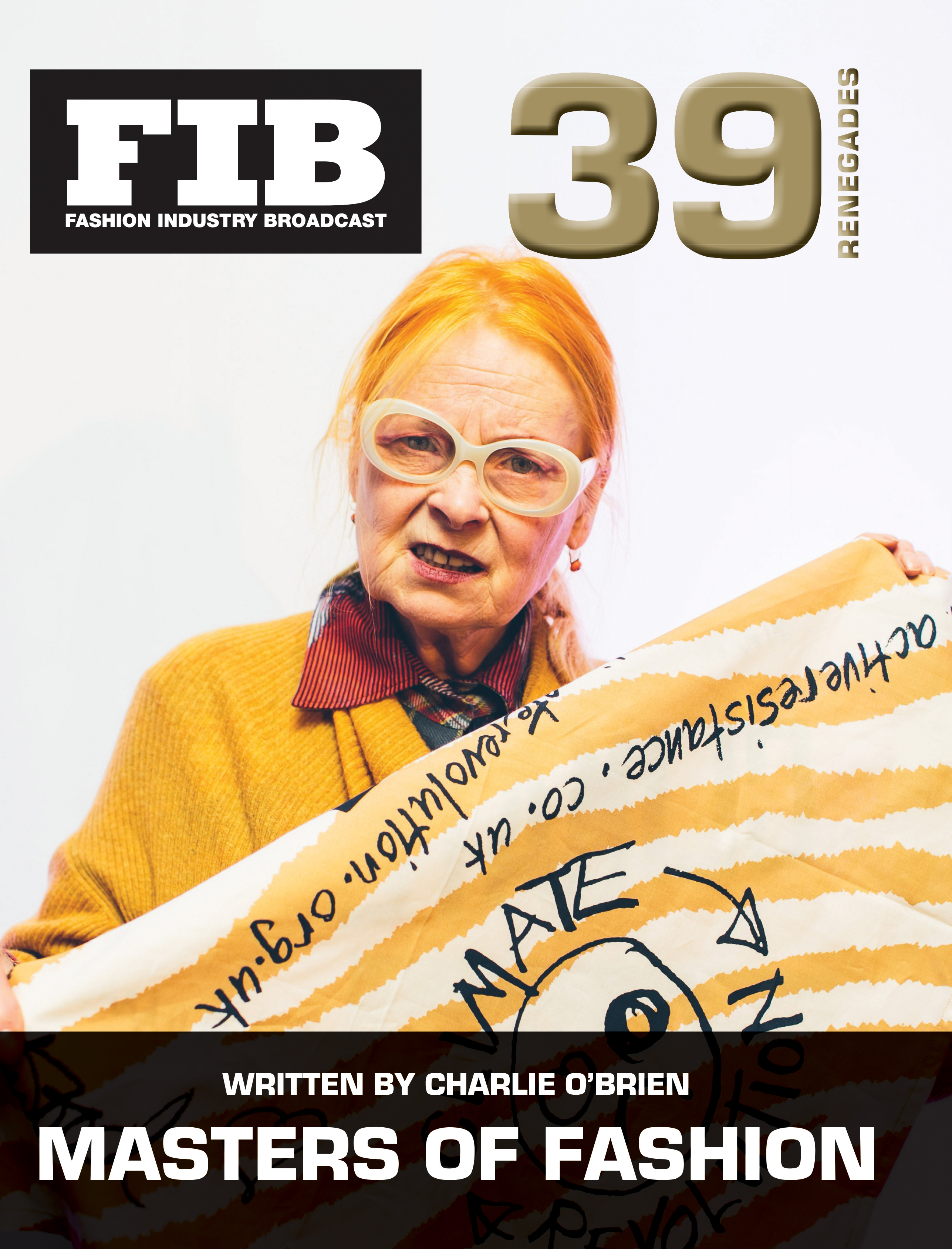 Read more about fashion icons and designers like Vivienne Westwood in FIB’s Masters of Fashion Vol 39 “Renegades” available now at Amazon and all good book stores!