After years of hosting the iconic show in New York City, the lingerie giant made a decidedly global move, heading first to London and then to Paris last year. This year, the Angels will make their debut down the runway in Shanghai and amongst them will be Aussie models Kelly Gale and Victoria Lee, and New-Zealand-born Georgia Fowler, who have made the cut for this year’s catwalk.

Miranda Kerr set the trend of Aussie models walking the prestigious show, putting Gunnedah on the map in the wake of her fantasy bra and angel wings. And now Narrandera-born Victoria Lee will do the same for her small NSW town.

💫 Extremely happy to let you know I'll be walking in the 2017 Victoria's Secret Fashion Show!! Thankyou so much for this incredible opportunity @johndavidpfeiffer @ed_razek @monica.mitro @10magazine @victoriassecret 💕❤️💕#VSFashionShow #besidemyself

The current face of Seafolly swimwear is no stranger to the big city boom, having lived in New York for the last six years.

“I didn’t have a strategy other than to be myself which can be difficult when you have giant butterflies in your stomach. This means so much to me. To think of the amazing lineage of previous Victoria’s Secret models, it’s incredible to be included. But also a testament to what dedication, perseverance and a wonderful support network can lead to.”

Kelly Gale is the only other Australian angel to have been confirmed, whose third time it will be modelling the VS show. Aussie models Bridget Malcolm and Shanina Shaik were also photographed at the brand’s castings last week, though so far neither have commented publicly about whether they were successful.

New Zealand-born Georgia Fowler broke the news that she will be back on the runway this year via Instagram, commenting: ‘With all things celestial this week … I can say, I am truly over the moon to be confirmed in the #VSFashionShow.’

Fowler had to audition for Victoria’s Secret five times before finally being cast last year. 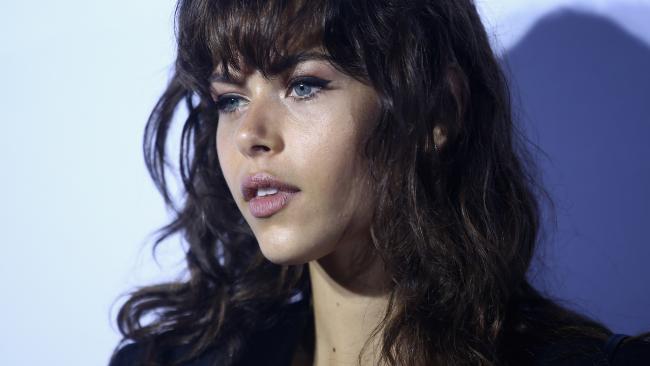 “That was such a dream of mine. I cast for five years for it and that requires a lot of hard work and training. It was such a dream and it was so much fun. I walked down the catwalk and just did this goofy dance and I was like ‘Woah, what did I just do? It was an incredible experience just to be surrounded by girls of that calibre. It was so nice to be included.”

Landing a coveted spot with the lingerie giant is undoubtedly a VIP pass into supermodel status. The VS show is a huge business for the models, who last year had a collective annual income of more than $50 million, according to Forbes.

The Victoria’s Secret Fashion Show 2017 will be broadcast in more than 190 countries on Nov. 28.

Watch this space for more VS updates!