The video was created through collaboration with ShockOne and Perth-based director Matsu, a photographer who has worked within the Perth music scene alongside artists like Taku, Slumberjack and Eskimo Joe.

The video has a fuzzy, distorted look to it, adding to the sci-fi theme. Profile shots of a blunt-fringed Reija Lee singing are juxtaposed with silhouettes against CCTV footage, adding to the darker themes of the clip.

Speaking about directing his first video, as well as his time working with Matsu, Thomas gushed,

I’m so happy with what we achieved. I feel so lucky to have been able to work with Matsu and producer Jess Parker of No Labels Media, as they’re both geniuses at the top of they’re game.

As for the science fiction themes, Reija Lee said she loved working with that concept and considered herself to be “a pretty big Sci-fi nerd”. Another notable feature of the video is the local Australian talent behind the production, with No Labels Media, Matsu and Reija Lee either being Perth-born or based. 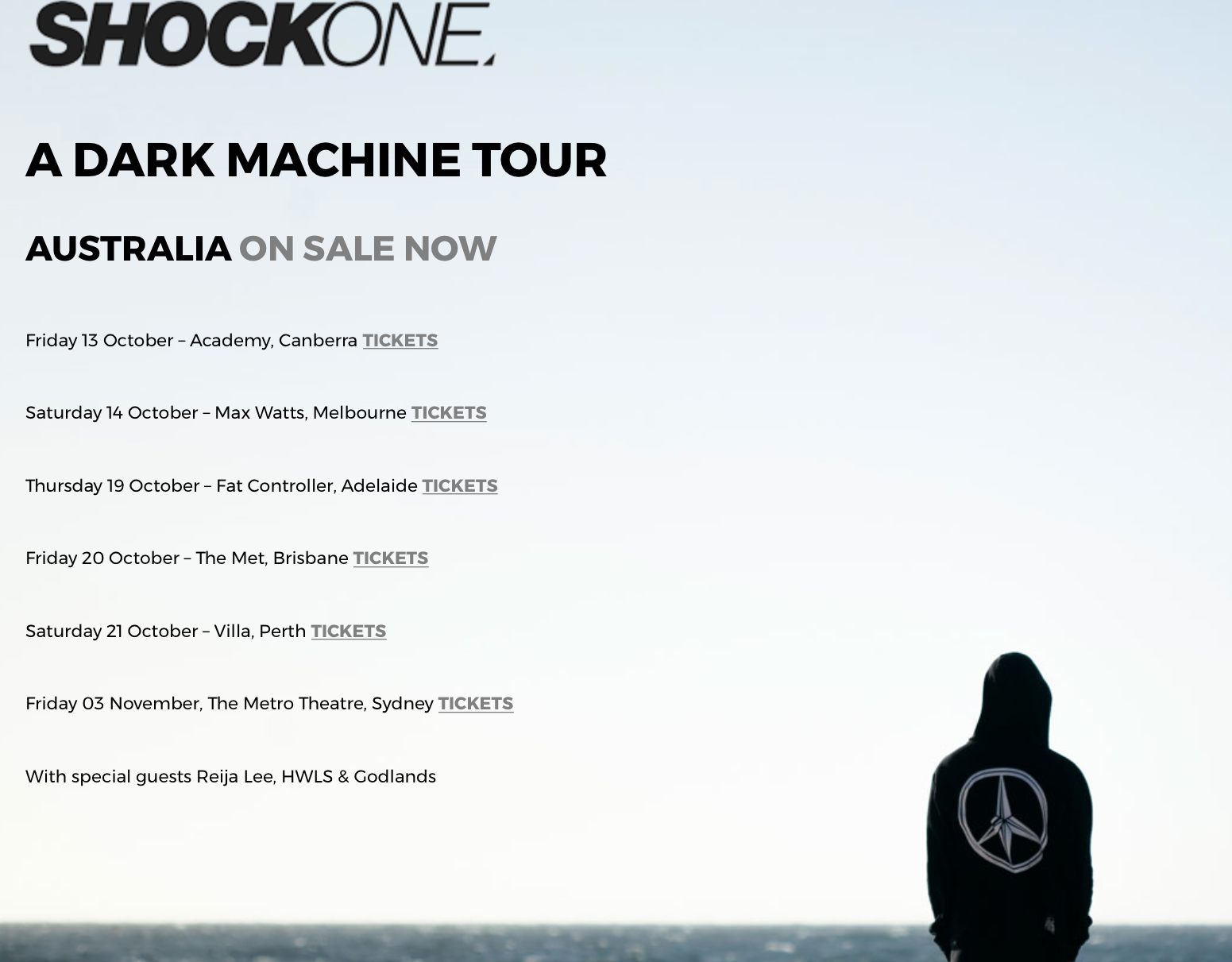 ShockOne is touring Australia throughout October and November with his ‘ A Dark machine Tour’, taking it to most major cities like Sydney, Canberra, Melbourne and of course his home town Perth. The tour will also feature special guest artists such as Reija Lee, HWLS and Godlands.