I downloaded all the data Facebook has on me and we are officially living in a Dystopia. In the wake of the Cambridge Analytica revelation and all the drama currently unfolding around Facebook’s data mining, I decided to investigate my own data, and see just how serious this whole thing really is.

Okay, to get things started I went into my general Facebook account settings and clicked “Download a Copy of Your Facebook Data”. It downloads in a .zip file, but once it downloaded I couldn’t unzip it, because there wasn’t enough space on my laptop. It took me deleting 14 videos, about 200 photos, and The Sims 3 for there to be enough space on the disk. It’s gonna be a big one, boys.

After eventually clearing enough space, I opened the folder and was greeted by several other folders: “html”, “messages”, “photos” and “videos”. Zipped up in there is something that we know, but forget: Facebook has everything on us. I went through all my messages, pictures, videos. In the pictures and videos sections it’s not just those you uploaded to your timeline, it’s every picture and video you’ve ever sent over Messenger as well. It’s actually pretty good reading if you enjoy cringing at all the emojis and “lolZ” you used in 2009.

After going through my photos and videos I went into the HTML folder, which looks like this: 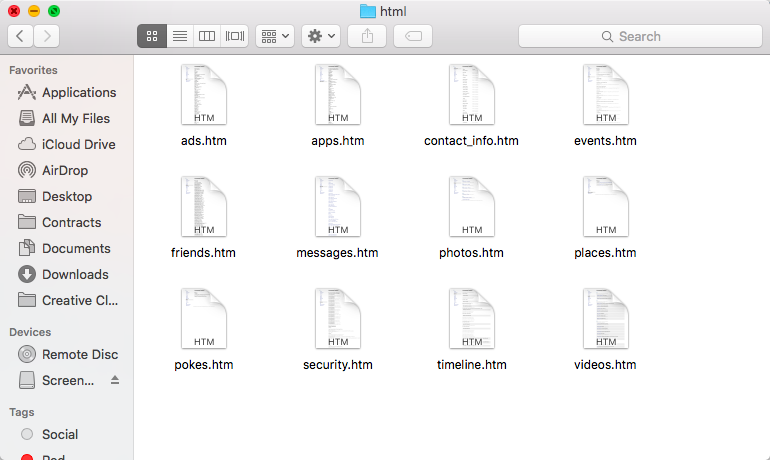 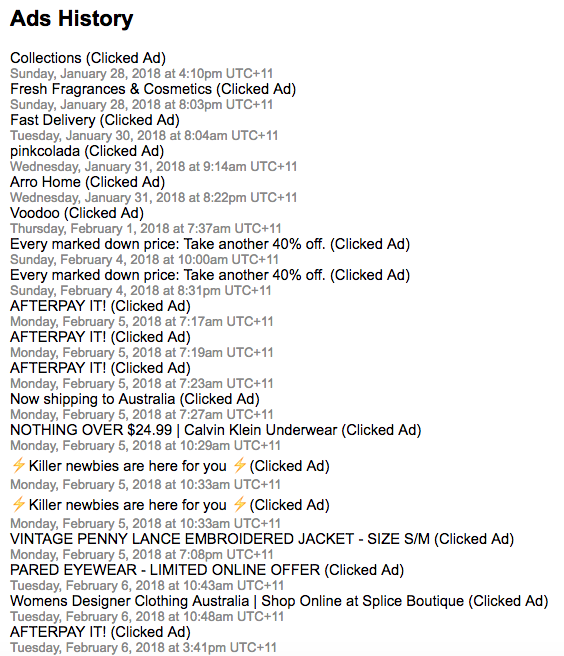 The list goes on and on almost endlessly, but basically, every time you’ve clicked on an ad on Facebook, they’ve recorded what that ad was, what time you clicked on it and where you were when you clicked on that ad. That information is fed into an algorithm that then spits out similar ads for you to click on, which is one of the ways Facebook uses this data to sell advertising space.

Okay, here’s the bit that makes me feel queasy: Facebook has a log of all my phone contacts (not just those on Facebook), my call history (not just those sent on Messenger), and because I once logged into Facebook off my dad’s phone, it also has a log of all of his contacts, phone calls and messages. That’s right, my dad, who has never created a Facebook account, has had his phone calls and messages compiled by Facebook. 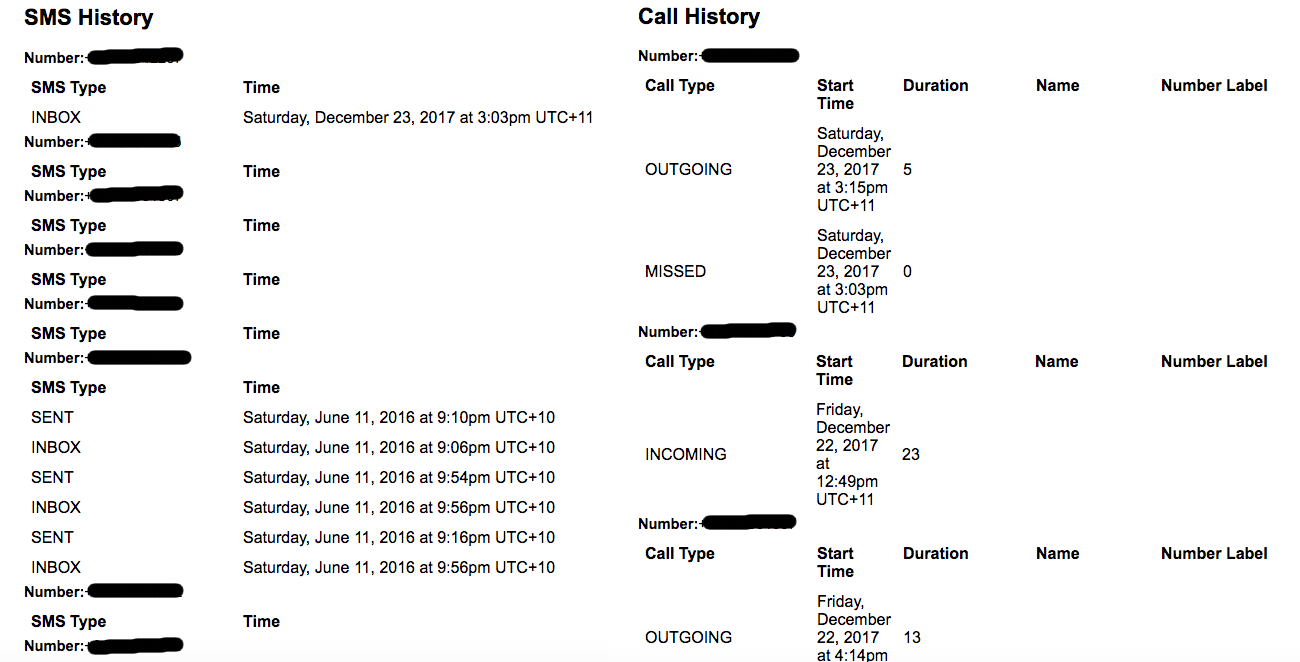 I’ve blacked out the numbers, but you can see that in this log, Facebook has recorded the time and date of every message sent, as well as the number it was sent to. The scary part is that I have never uploaded my contacts to Facebook. I’ve made sure not to add my phone number in order to avoid this exact situation. Gosh darn it Facebook, why do you have to abuse any tiny bit of trust you can get your grubby little hands on?

Disturbed by this information and wanna get the hell away from Facebook ASAP? You can delete it right here and opt out of this mess. But it’s just not that simple, is it? Facebook is so intrinsically linked to our daily lives that you can’t just delete your account on a whim. So much of daily life involves Facebook; going to events, organising with friends, keeping in touch with your mum, it’s all done on Facebook. There is also currently no viable alternative to Facebook. You could hit up Instagram and WhatsApp more often, but oh wait, they’re owned by Facebook! They have us right where they want us.

You shouldn’t need a law degree to have control over your data. And even so, I’m sure there’s plenty of lawyers out there that have had their data mined by Facebook just like the rest of us suckers. Facebook knew what it was doing all along. Taking out apology ads in newspapers is too little, too late.

For the head of a social media company, Zuckerberg, you sure are losing a lot of friends. Where’s this going to end and what are you going to do about it?

Has this got you freaked as much as it did me? Comment below!