Prior to his passing Harper Collins’ Ecco Press announced that Anthony Bourdain would be coming out with his own publishing line, a collection of titles to “reflect his remarkably eclectic tastes.” As a tribute to the life of the legendary Tony Bourdain FIB presents his favourite 20 books. 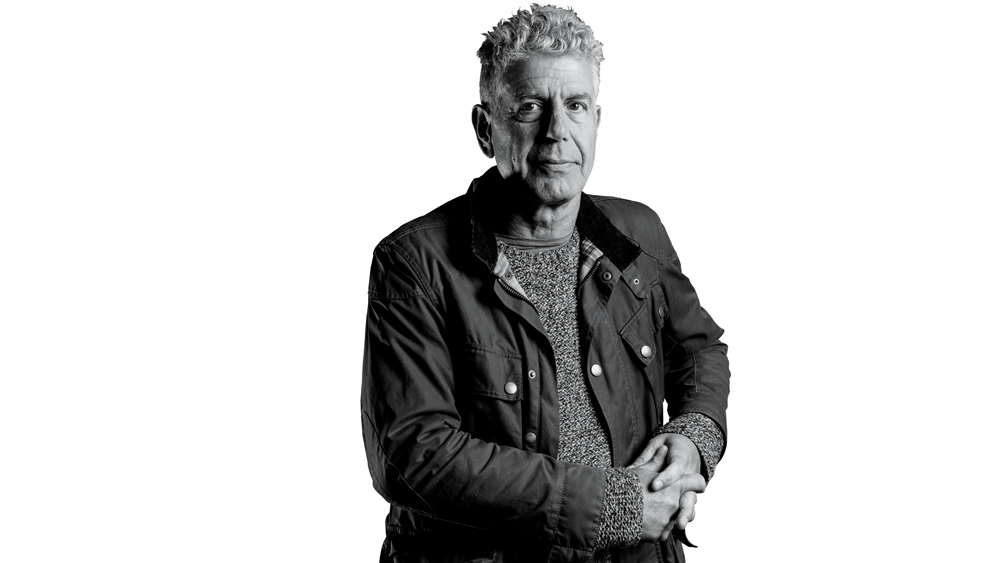 Source: RobbreportExpanding on his vision for the line, he said:

“I’m doing this because…I can. Anyone who loves books, I think, given the opportunity to work with a legendary character like Daniel Halpern, would jump at the chance. Like me, he’s passionate about words, about food, about the broad range of experiences out there”

It’s hard not to feel Anthony Bourdain’s lust for life in this selection of stories.

Before he died he said:

“We’re presently looking at an initial list composed of chefs, enthusiasts, fighters, musicians and dead essayists. And we’re looking to publish them in a way that’s both accessible and respectful of the power of the written word – and appropriately fetishistic about the tactile joys of the printed page.”

Fear and Loathing in Las Vegas by Hunter Thompson

“The book that probably influenced me more than any other. A prose stylist and a personality who changed my life.” – AB

How to Live: Or a Life of Montaigne in One Question and Twenty Attempts at an Answer by Sarah Bakewell (also rec’d by Bruce Springsteen)

“Sarah Bakewell’s How to Live, on the life and work of Montaigne, is a book I love. I stole a tattoo design from it.” – AB

“Filthy, dangerous, depraved groundbreaking. And funny as Hell. Not an ideal role model, I grant you. But a writer I very much looked up to and wanted, for better or worse, to emulate.” -AB

“I wish I could write like Joan Didion.” -AB

My Last Supper: 50 Great Chefs and Their Final Meals / Portraits, Interviews, and Recipes by Melanie Dunea

“And yet, when we ask ourselves and each other the question, what — if strapped to a chair, facing a fatal surge of electricity — would we want as that last taste of life, we seem to crave reminders of simpler, harder times. A crust of bread and butter . . . Poor-people food.” -AB

“I don’t know if you know this but I’ve found that if you sat at a table with eight or nine of the worlds best chefs — from France, Brazil, America, wherever — and you asked them where they’d choose if they had to eat in one, and only one country, for the rest of their lives, they would ALL of them pick Japan without hesitation. We both know why.” -AB

The Quiet American by Graham Greene

Ways of Escape by Graham Greene

“A book I’ve read many times but keep coming back to.” -AB

“Elegant, deliciously immoral entry in series of sociopath as hero. Basis for the Wim Wenders film, the American Friend.” -AB

“This is — and will remain — an essential account for anyone considering travel to Việt Nam. But it should be a deeply rewarding read as well for those who won’t be getting that opportunity anytime soon.” -AB

Between Meals: An Appetite For Paris by A.J. Liebling

“‘Food writing’ at its very, very best. Never surpassed. What all writing about eating should be.” -AB

You’re Better Than Me by Bonnie McFarlane

“Unfuck yourself and get Bonnie McFarlane’s excellent memoir, You’re Better Than Me. Every second that you are not reading this amazing, hilarious, painfully funny, extraordinary book should feel like the ninth circle of hell.” -AB

On Boxing by Joyce Carol Oates

“Just a reminder that Joyce Carol Oates is one of the great writers on boxing.” -AB

“The font of all wisdom. Orwell is right about nearly everything.” -AB

The Devil All the Time by Donald Ray Pollock

“Donald Ray Pollock was a revelation when I first read The Devil All the Time.” -A

“The greatest female protagonist I’ve ever read. Portis is one of the most underrated under appreciated authors of the 20th century. Forget the film versions. Read the book. His book, ‘Dog Of The South,’ is also brilliant.” -AB

Something to food about: Exploring Creativity with Innovative Chefs by Questlove

“Food can be magic. It is magic. And yet it’s not. it comes from somewhere — and from someplace and someone. Always. Food tells a story. Usually a very personal one. Questlove gets to the heart of the matter. And so, here he is, getting to it.” -AB

One thing that Bourdain’s tragic suicide confirms, is that no matter how perfect someone’s life may look from the outside, how that person experiences it, and the pain that comes with it can never truly be understood by anyone other than the individual. Outward signs of success and a perfect life are often illusory. And in Tony’s case no matter how successful and loved he was, his daily pain and suffering became too much for him to bear.

It’s never a bad time to ask someone you care about, if they are OK, and how are they really going.

RIP Anthony you will be sorely missed.