Since Forbes named Kylie Jenner “the youngest ever self-made billionaire” earlier this month, there’s been talk a-plenty surrounding the definition of self-made. 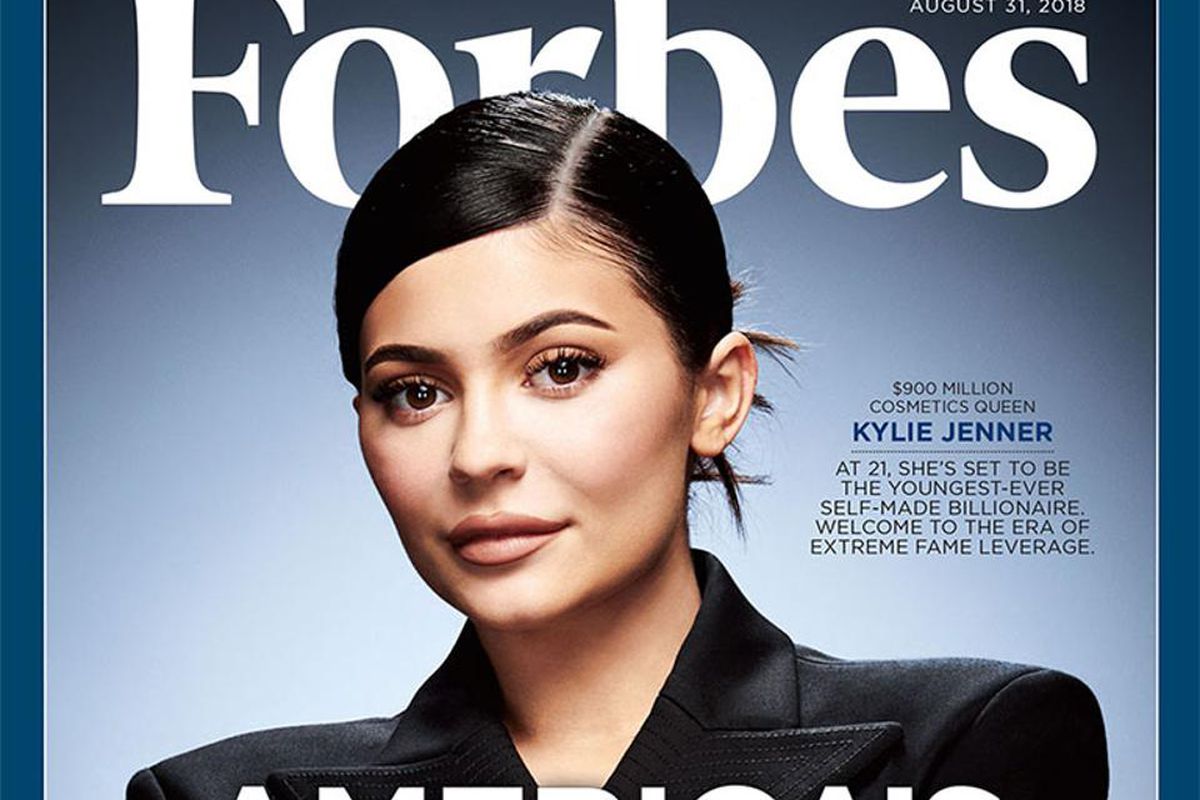 Personally, I call bullshit on the Forbes cover story. Kylie Jenner had the privilege of being born into one of the most famous, business-savvy families in America and she had a platform on television from an early age that led to lucrative brand endorsements. The 20-year old billionaire is about as self-made as Donald Trump and his “small loan” of one million U.S. dollars.

In light of Forbe‘s recent cover story, I began to contemplate who gets to be labelled “self-made.” In a world with a seemingly endless stream of 20-year-old (almost) billionaires and 24-year-old multi-business owners/dating-app starters/makeup-line founders, is sheer willpower and hard work really all it takes?

Answer: no. Of course not. Articles fetishizing young-age success almost always gloss over privilege, financial support and family connections as some sort of footnote. Audaciously declaring Kylie Jenner a “self-made” billionaire implies that any Tom, Dick and, um, non-Jenner Kylie can do the same through sheer ambition, willpower and work ethic. This is an illusion worse than “I woke up like this.” We’re pedalled part of the story – a Trumped-up American dream that promises anyone can “pull themselves up by their bootstraps” – one that belittles every person working multiple jobs for minimum wage. Hitting billion-dollar status before your 25th year is no small feat, but articles touting young entrepreneurs too often diminish the hard slog by people in more challenging circumstances.

That’s not to say Kylie Jenner hasn’t worked hard, I’m sure she does. But it is to point out what should be glaringly obvious: hard work and determination are not enough. Kylie doesn’t get to wear the “self-made” tag; she has had all the legs-up available to a young person seeking entrepreneurial success.

Around the same time Forbes magazine was busy touting Kylie a self-made billionaire, Highsnobiety was celebrating another LA-based woman and her successful empire: Jessie Andrews.

Self-made and La La Land rarely go hand-in-hand. But there is the odd occasion when you come across a person like Jessie Andrews, who while not without her privilege (white for one, classically beautiful for another), does the self-made Millennial tag justice.

The 25-year-old is the founder and CEO of multiple sustainable fashion-facing businesses, including Bagatiba, Basic Swim, Jeu Illimite, and Petiue, in addition to being a photographer, brand builder and designer. As the daughter of a handyman, Andrews’ path to entrepreneurship – unlike Kylie Jenner’s inevitable rise to monetary success – was unaided by a famous family and a healthy dose of capital from mum and dad. But Andrew’s father did instil a sense of curiosity in her, “I wanted to learn how everything was made and why it worked,” she told Highsnobiety.

Three months shy of her high school graduation, Andrews moved to Los Angeles and began working as an adult actress. Within a year, she was making waves as an IT-girl DJ, but as the entrepreneur told Coveteur, those careers “weren’t going to have longevity.” She continued, “I wanted to be able to build a future for myself, so I had given them a time cap. When I felt that I did as much as I could in that career, I was like, ‘OK, what’s next?”

Next was being the face of American Apparel and magazine profiles quickly followed. From there, Andrews branched out into other creative endeavours and launched her first company – jewellery brand Bagatiba – in 2012. Swimwear brand Basic Swim came in 2016 and Jeu Illimité followed in 2017, creating French-inspired ready-to-wear pieces in deadstock fabrics. And now, a forthcoming skincare line, Petiue.

The truth is that privilege, financial support, family connections and good old-fashion luck have much more in common with success than sheer hard work. Let’s stop calling Kylie Jenner “self-made” and be transparent about our advantages. It is possible to give credit for vision, drive and hard work (here, here Jessie Andrews) while acknowledging that achievement comes, more often than not, to those with all the chances.