Like running along the beach of its title, On Chesil Beach is gorgeous and slow, but at times unbearable. 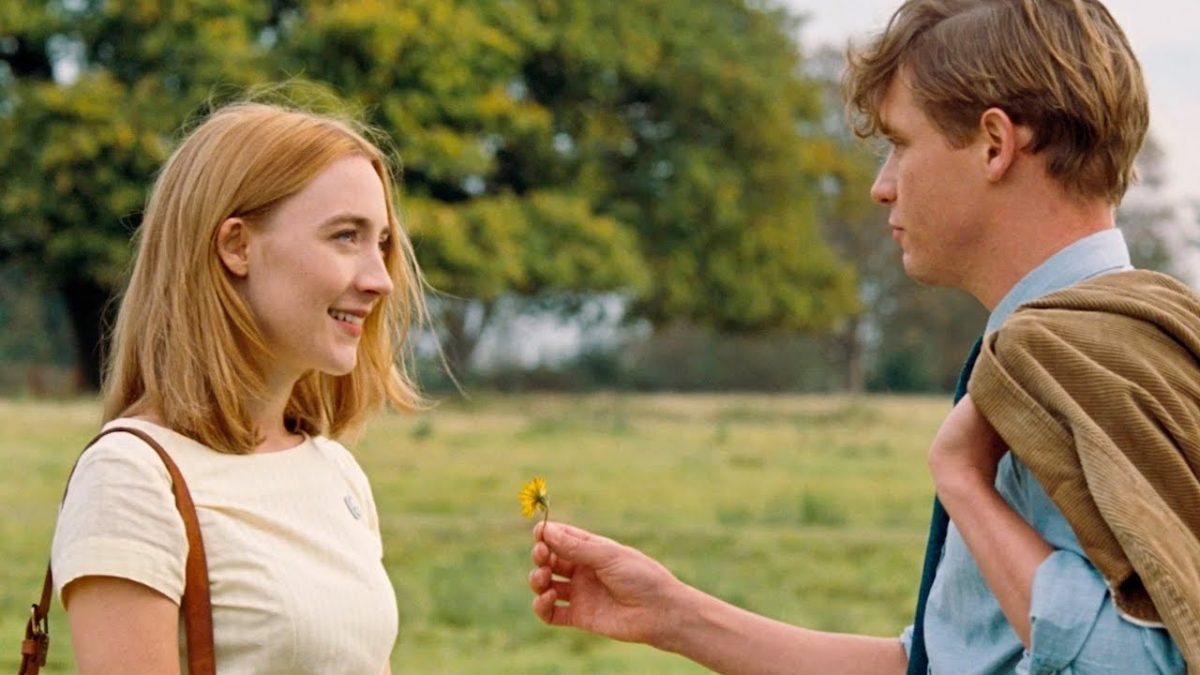 Adapting his own novella, Ian McEwan takes on the privileged position so many writers fight for: an opportunity to visually expand his material while maintaining control over the tone, message and subtle metaphors that make his writing so captivating. But words on a page bear a different weight on the screen, and what sounded sharp in the context of McEwan’s book often sounded heavy-handed when uttered even by the experienced cast.

On Chesil Beach is set in the early 60s; England still has remnants of its Victorian prudish upbringing, The Beatles are one year away from releasing “Please Please Me” and beatnik is used to describe the sons of London’s working class.

The plot is framed around the first evening of a newlywed couple on their honeymoon. As we watch the couple move from dinner to consummating their marriage, the scenes are intercut with flashback memories telling the story of how their relationship blossomed. It’s a clever device that slowly develops both characters, revealing what each expects from the night, and, ultimately, what baggage each of them will endure from the other.

He is Edward Mayhew (Billy Howle), recent history graduate and son of a middle-class family, brought up in a little countryside village. She is Florence Ponting (Saorise Ronan), violinist and daughter of an upscale family that still views marriage as a sign of social status. The two have virtually nothing in common, yet they complement each other in an endearing and believable way.

As the action moves towards the pair consummating their marriage, the film’s climax, McEwan’s heavy-handed screenplay becomes increasingly hard to swallow.

Throughout the film, both McEwan and first-time director Dominic Cooke never seem to grasp the difference between the language of a novel and that of a screenplay. The literary dialogue doesn’t fit the style of the film and there is a huge lack of subtlety in dealing with the themes of the story. In a telling example, one element from Florence’s past that is only vaguely hinted at in the novella, here bears such importance that it completely changes the reasoning behind her actions, in a way that could lead the film to a misplaced conversation about female sexual trauma. To add insult to injury, two absurd sequences in the epilogue manage to turn the story into a schmaltzy romance the book (thankfully) isn’t. My eyes were rolled so far back I’m surprised I saw any of the last 15 minutes.

Though veteran cinematographer, Sean Bobbitt, does a terrific job – particularly the scenes on the beach of the film’s title – he’s left completely underused. The sex scene, as the epicentre of the dramatic problem, needed a punch that perhaps a female director could have added. It’s such a defining moment for Florence’s character and yet it’s seen almost entirely from Edward’s point of view.

The sex scene is symbolic of the film’s cardinal sin – it doesn’t take any risks. Atonement, as flawed as it was, at least had a bite that made it stand out from the crowd. On Chesil Beach is, like the British stereotype, prig and safe. An uneventful bother.

Beautiful cinematography that leads to a visual feast, and terrific work from both Howle and Ronan. It is Emily Watson, however, who steals the show with both her scenes.

Whether the indulgent work of a controlling writer, or a director with no courage to break the mould, On Chesil Beach hits way too many wrong notes.

Have you seen On Chesil Beach? Let us know what you thought in the comments below!