Cannabis has been repackaged as a “lifestyle trend,” but who’s benefitting from the drug’s mainstreaming? 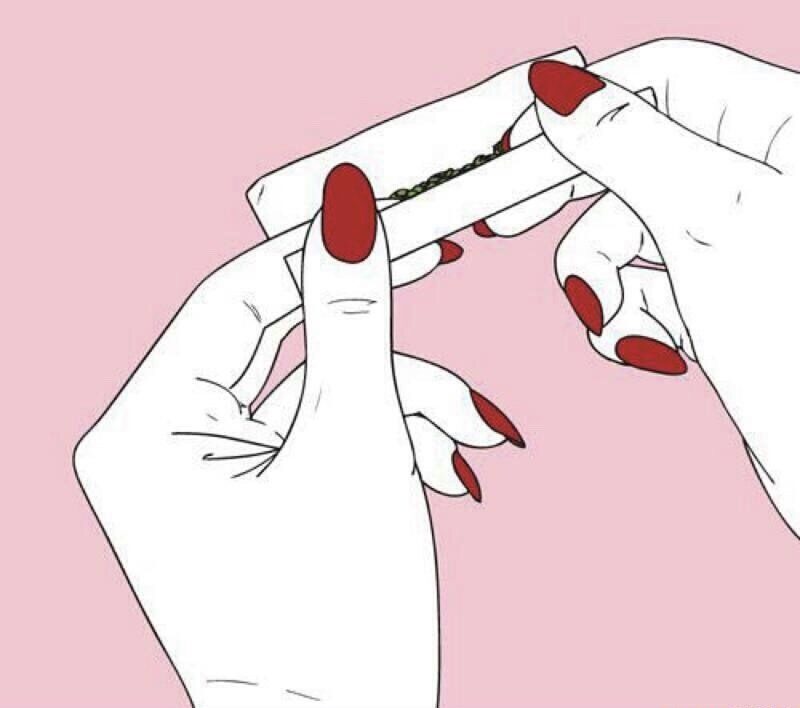 Weed, pot, grass, dope, herb, reefer. Whatever you call it, there’s no denying marijuana is experiencing a revolution, of sorts. We’ve been getting high since the third millennium, but it’s only recently gone from something your basement-dwelling stoner brother did to a trend embraced by the sort of women who wear linen culottes and shop at organic-only grocery stores.

The prevailing stoner aesthetic has been transformed, repackaged and marketed as a chic lifestyle choice, characterised by an explosion of stylish brands and businesses that cater to Mary-Jane’s new clientele.

Weed and CBD oil have infiltrated everything from hand cream and wedding receptions to haute cuisine and travel trends, seeing the rise of TV shows like Netflix’s Cooking on High (where viewers can watch teams compete to make the tastiest ganja-infused dishes), and “pot vacations” to Colorado and Alaska. Two recently launched print magazines Gossamer (“for people who also smoke weed”) and Broccoli explore art and culture through a “green lens,” while brands like Tetra, an online shop “dedicated to elevating the aesthetics of the smoking experience,” pedal weed paraphernalia for the design-minded stoner. If you’re looking for a porcelain marble pipe, this is your heads-up.

In the U.S., at least, Marijuana could be the defining lifestyle trend of 2018.

No doubt the “mainstreaming” of cannabis follows recent shifts in the legal status of the drug worldwide. Most recently, Canada has come out of the green closest, making the move to legalise the use and sale of cannabis, which is to take effect in October this year. In the U.S., 30 states now permit the use of marijuana either medically, recreationally or both and recent laws in Australia now allow licence holders to grow medical marijuana.

The prevailing stoner aesthetic has been transformed, repackaged and marketed as a chic lifestyle choice

Following legalisation, there has been a push to gentrify and re-brand the once-stigmatised drug. No longer shrouded in stoner stereotypes, consumers are holding cannabis to the same aesthetic standards they apply to the rest of their lives. Meanwhile, marketers are positioning the drug as a “wellness” product, a safer and healthier alternative to alcohol and a holistic, herbal medicine, even.

The change from hippie to haute is no more evident than in today’s dispensaries. Catering to an affluent consumer, the upscale dispensaries of today have more in common with minimalist Apple stores than they do with the stoner caves of yesteryear. The idea is to nudge wealthy people, especially women, to consider weed part of a healthy lifestyle.

And it’s worked. Spending on legal cannabis was estimated at $9.7 billion in the U.S. in 2017, and is expected to bring $11 billion to the U.S. economy this year. In short, it’s on the brink of global conquest.

There’s a lot to celebrate in that. Among other things, the mainstreaming of cannabis has opened its arms to a previously ignored audience: women. Women now hold 36% of executive positions within the cannabis industry (a great deal more than they do across all businesses in the U.S. and Australia), with platforms like Women Grow working to support female leadership within the industry.

But as gender disparity in the industry has closed, racial disparity has heightened. No doubt, the usage of weed is inherently political and it’s no secret the United States has a decade-spanning history of drug laws disproportionately targeting black people, who are almost four times more likely to be arrested for marijuana possession than white people, even though marijuana use is roughly equal. Legalisation has been pedalled as a means of promoting racial justice, and while it’s an important victory for criminal justice reform in the U.S., the impact it’s had on the racism-fuelled “war on drugs” is minimal.

For one, the so-called ‘green rush’ is largely shut off from black people with drug-related criminal records, even though many of the offences they were convicted for are no longer illegal. Blocked from obtaining the business licenses that would allow them to operate legally, only 1% of storefront dispensaries in the U.S. are black-owned. This figure remains depressingly low even in the face of “equity” programs, set up in several states to enable entrepreneurs prosecuted by the war on drugs to join the industry.

Painted out of the legalised landscape, black people in the U.S. continue to be disproportionately arrested and charged for cannabis-related offences. After cannabis was legalized in Colorado, arrest rates for black youth rose by more than 50%, while arrests of white youth declined by 10%. Meanwhile, the state earned more than $500 million in tax revenue since recreational marijuana sales became legal there in 2014. There could be no more apt example of legalisation benefitting only those in positions of privilege.

But as gender disparity in the industry has closed, racial disparity has heightened.

While the largely-whitewashed fashion flock and Goop-ified wellness group exercise their privilege in a newly-legalised industry, there are still serious restrictions around those who get access to business opportunities, and for those who have been persecuted throughout marijuana’s outlaw past, fear of consuming the drug without penalty remains.

The overarching narrative deems black weed smokers problematic while endorsing a white-centric image of “functioning” smokers. It’s a narrative the stylish, weed-based brands and businesses springing up have a responsibility to change. As white people move into, and benefit from, the booming, newly-in-trend industry, it’s important that those doing so consider the racism that drove its prohibition and the major injustices that continue to plague the burgeoning industry. To ignore these socio-political dynamics is to keep alive the racial injustices of an industry in desperate need of reform.