Kerby Jean-Raymond, Haitian-American designer of Pyer Moss, celebrates his win of the 15th CFDA/ Vogue Fashion Fund Award. The fashion designer is highly regarded for his incorporation of themes of Black resistance and culture in his collections. 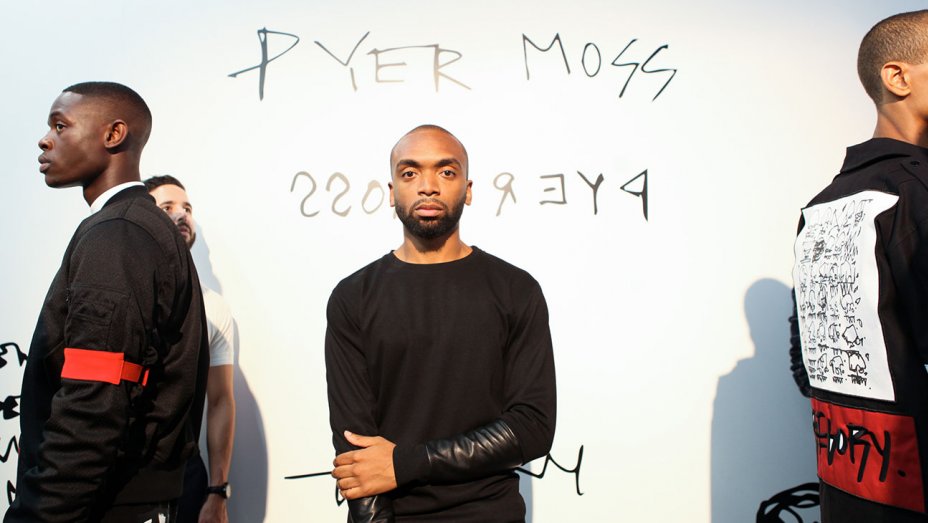 Presented on November 6, the competition is said to be one of the most prestigious and lucrative awards in the world of high fashion. Vogue has reported that Jean-Raymond will be presented with a prize of $400,000 and a year of individualised mentorship.

After years of hardship and trying to get his brand off the ground, the fashion industry is celebrating this achievement, in particular. Pyer Moss, Jean-Raymond’s brand, was founded in 2013 and attracted attention from the beginning. One of his earlier moves featured him wearing a t-shirt that listed all of the names of people of colour who had been victims of incidents involving police violence. This bold display of social justice and personal view had members of the fashion industry talking and inspired others to take a stand and use their art to make a difference.

Pyer Moss continues to be a brand that speaks out about issues with both its collections and runway shows; encouraging conversations about systematic racism, police violence and brutality, and gun violence across the US.

The following gallery comprises images of Pyer Moss’ 2016 Spring ready-to-wear collection that served as a political commentary on police brutality and racism. (Images are from WWD)

Kerby Jean-Raymond’s designs evoke emotions and inspire much-needed conversation about issues that are prevalent all across the world.

Let us know what you think of the 15th CFDA/ Vogue Fashion Award winner in the comments!