Of late it seems the ‘Triple J supports’ tag is a resounding must for aspiring music festivals. 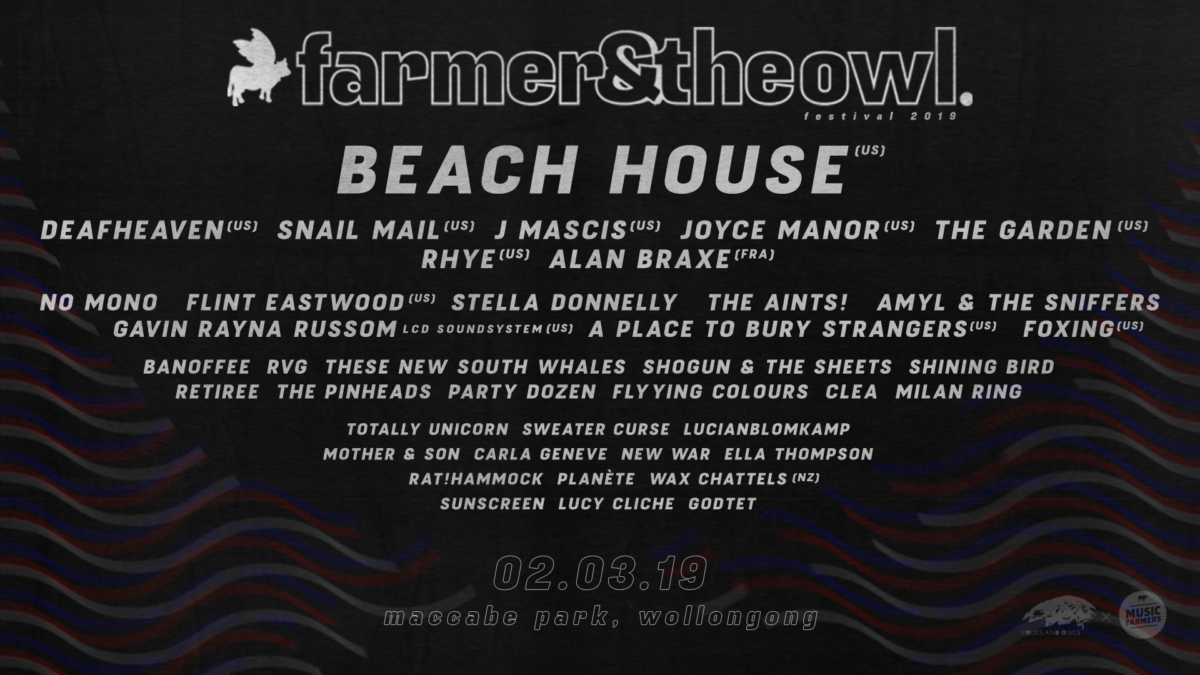 While it does ensure their message is heard by the masses, it tends to leave us, the punters, on a never-ending carousel with the same acts. That boutique individuality does seem to dim in the face of repetition. It’s safe and secure, but let’s face it, a little boring.

That being said, there are still a few renegade mavericks bucking the trend—cue Wollongong’s Farmer & The Owl. Minders of Aussie upstarts Hockey Dad and The Pinheads, the label have pieced together a lineup to suit pretty much everyone.

“It’s a little different in terms of the direction and in that sense, it’s a bit of an experiment.”

Lead by Dream-Pop titans Beach House, the left-field roster is something to be marveled. From genre-defying heavies Deafheaven to Daft Punk’s mate Alan Braxe, Farmer and The Owl are giving it a fair nudge as one of Australia’s best.

With 55% of the acts on the roster featuring female or non-binary members, their approach is fresh, exciting and forward thinking.

“No idea how it’s going to be received, as it is a little different to a lot of the festival lineups at the moment. I hope it works so we get to do it again.”

Not rookies in the festival scene, the collective hive that is Farmer & The Owl also host the annual Yours and Owls Festival. So expect delicious eats, cold beer and a sound to flip your wig.

Just quietly, the ‘Gong may be taking over.

Unlike our prejudicial state leaders, who seem to be hell bent on the ostracism of such events, we should nurture the things we hold most dear. We need to encourage the risk takers, rather than strangle them with unjust restrictions. 2018 has seen a worrying trend of cancellation and the seeking of refuge in neighbouring states. We as an audience need to play our part.

Tickets are on sale from Wednesday the 28th of November @ Moshtix

So refrain from this Saturday night out, save your dosh and ensure the next instalment. We need more lineups like this!