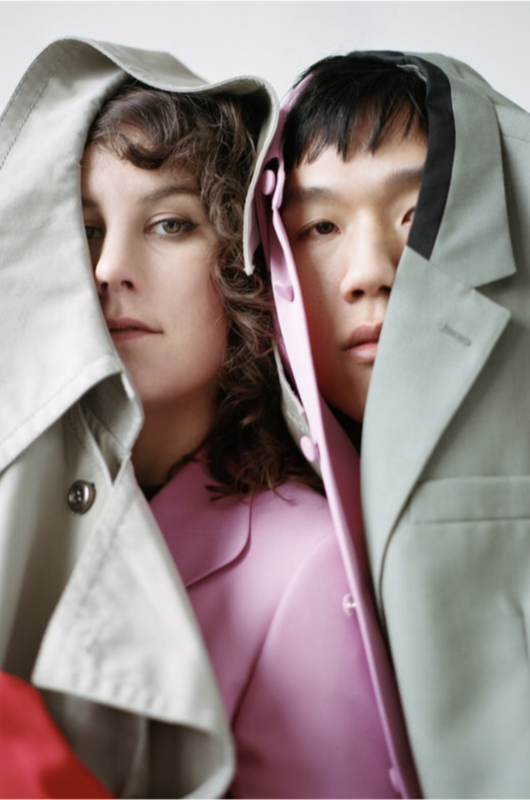 They are the secretive founders of the industry’s most feared Instagram account, and they plan to change the course of fashion history.

As @dolcegabbana prepares to mount their next runway show in Shanghai this coming evening (7:30PM) and the rest of Instagram fawns over what’s sure to be an overly lavish “love letter” to China, we’ll be wondering if we’ll see chopsticks as hair ornaments, take-out boxes as purses, or even kimonos misappropriated as Chinese costume. Time will tell. For now, we’ll let y’all simmer on this DM between Stefano and Dieter @michaelatranova (chronology is reversed in slides). Word has it that they’re still in the process of model casting (over 200 Asian girls scheduled)…wouldn’t let them walk the show if we were their agents lol. Also, curious what the Chinese government will think of their country being called shit basically…especially considering how strict they are on who to allow to enter the country on work visas based on a thorough social media background checks. • #DGTheGreatShow #DGlovesChina #runway #fashionshow #cancelled #racism #dolceandgabbana #altamoda #rtw #dgmillennials #stefanogabbana #shanghai #chinese #china #wtf #dumb #lame #asianmodel #asian #dietprada

The account, which they launched as a “passion project” in December 2014, has made its name by publicly shaming the great and good of the industry. Since its launch they’ve attempted to keep their anonymity close, but the pair were outed in October by The Fashion Law blog as Tony Liu and Lindsey Schuyler. Liu is a fine arts graduate of the School of the Art Institute of Chicago and runs menswear capsule YOU AS, while Schuyler reportedly works for eyewear company FGXI.

In an industry where advertisers still have hold over what a fashion writer might publish, Diet Prada throws its accusations around like hand grenades.

In three years, Diet Prada has become one of the sharpest and most influential voices in fashion. Dubbed “the fashion police” or “the most important fashion critics of today”, their account now boasts 157,000followers and includes scores of leading fashion creatives, editors and designers. “The followers really started to pick up after Milan and Paris Fashion Week,” they explain, “but before then a lot of major people were already following us.” These major names include Rihanna, Naomi Campbell, Nicolas Ghesquière, Edward Enninful, Kendall Jenner, as well as titles such as Vanity Fair and US Vogue — and many of them have felt the lash of their clear-eyed comparisons.

The detractors – Stefano Gabbana, in particular, is not afraid to retaliate in the comment section – don’t keep them awake at night. “Brands that are mad that they keep getting featured should take it as a wake-up call that they need to do better,” DP asserts. “Our content shows people you don’t have to stomach all the BS the industry tries to feed us daily, but by presenting it with a dose of humour we keep it from being too heavy. We try to laugh [confrontation] off.”

FIB thinks they are a refreshing new voice in an often over puffed and preened shallow vanity business. We need more honest and real voices like Diet Prada.