It is not a fashion trend, a costume, or “just for laughs”. Stop doing it. It’s that simple.

Among the excited craze of fashion month, there are a few designers and brands that seem to continually miss the mark when it comes to insensitive and downright racist designs.

If you’re unaware of the term “blackface” and what it means, it relates to the theatrical make-up used by non-black performers to showcase a caricature of a black person for the entertainment of the white masses.

It stretches back to a time when white people believed black people to be inferior and lesser-than their white counterparts.

If you’ll excuse the use of racist terminology in the next statement: blackface gained its popularity in the 18th and 19th Centuries with popular white actors adopting caricatures that deepened racial stereotypes such as “happy-go-lucky darky on the plantation” or the “dandified coon”.

White actor Thomas Dartmouth Rice performed the caricature of a clumsy, lazy black slave named “Jim Crow”, an act that not only gave bigots another offensive term to hurdle towards the black community, but also one that later fostered the Jim Crow laws that enforced racial segregation in the South of the U.S between 1866 and 1955.

Images like this were plastered all over mainstream entertainment: 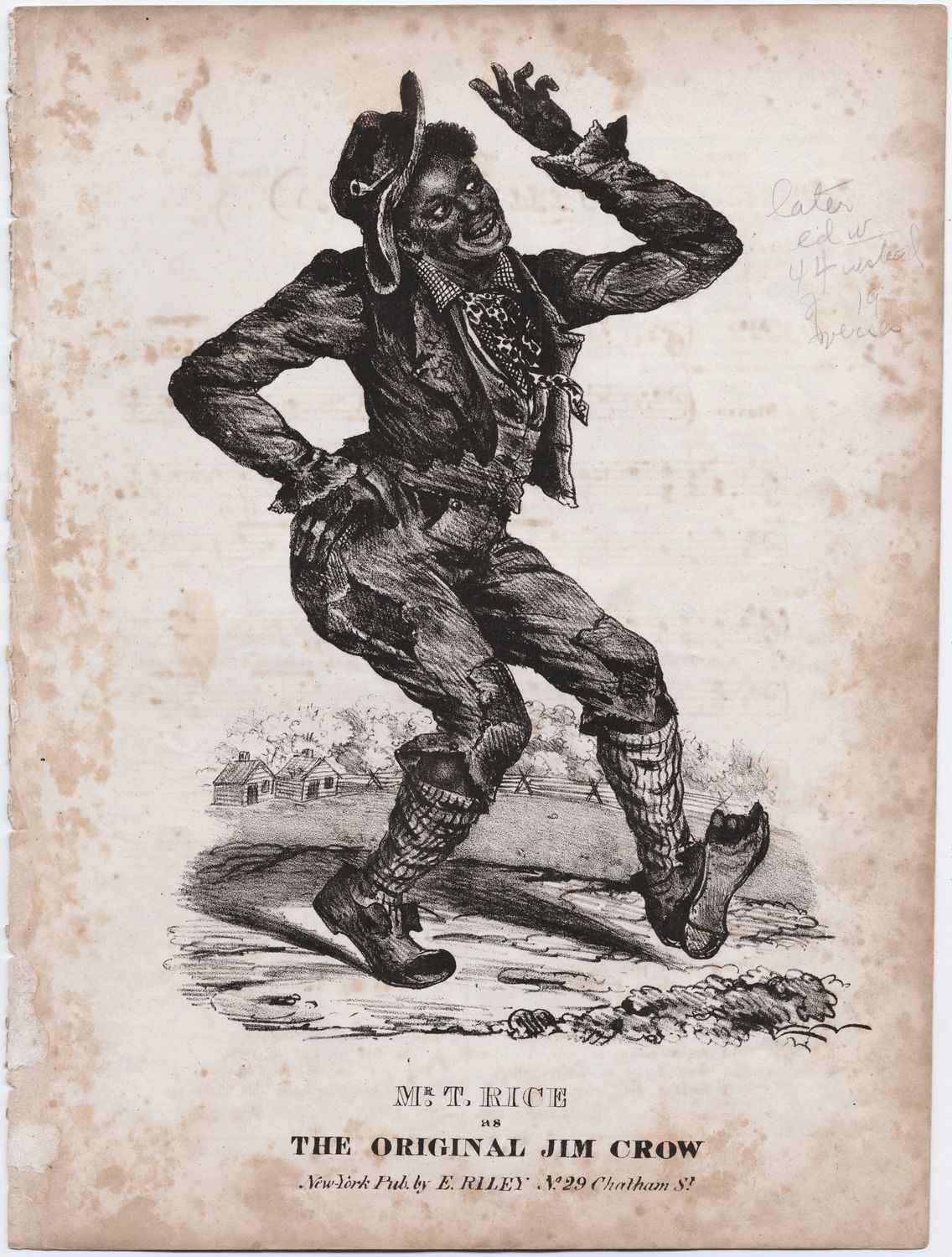 So you’ll excuse me if I don’t offer any sympathy or slack to fashion brands that adorn their clothing lines with cues of blackface, only to plead ignorance after they are met with backlash.

We all remember the Prada monkey bag charm that recalled blackface and was pulled in December with a statement from Prada stating that it “abhors racist imagery.”

Dolce & Gabbana were also forced to issue a video apology and cancel their Shanghai show in 2018 following racist and insulting remarks made by Stefano Gabbana about China in a private chat discussing the depiction of a Chinese model in one of their campaigns. Gabbana claimed his account was hacked.

Yet, it’s not the first time the fashion house toyed with racism under the guise of “fashion”. In 2013, Dolce & Gabbana made headlines after their spring collection featured “blackamoor” earrings. The fashion house defended their earrings on their website Swide.com, claiming “these beautiful artefacts” have deep historical meaning in Italy as the head is inspired by Moorish features.

Weirdly enough, they also wrote of a legend that describes a young woman cutting off the head of her former Moor lover and using it as a vase. Definitely sounds like the non-racist, culturally-appreciative items that should be sent down a very public runway, right?

Recently, Gucci withdrew a jumper valued at $890 after they faced backlash about its obvious blackface similarities. The jumper featured a balaclava polo neck and a cut-out mouth with large red lips. Sounds a little too familiar, if you ask me.

The jumper happened to be released during Black History Month in the U.S., which sparked more controversy and public anger. The Italian fashion brand apologised, stating they would remove the jumper from their website and would let the incident serve as a “powerful learning moment for the Gucci team and beyond.”

“We consider diversity to be a fundamental value to be fully upheld, respected, and at the forefront of every decision we make. We are fully committed to increasing diversity throughout our organisation,” Gucci said.

Now Katy Perry seems to have followed in misinformed footsteps of these fashion houses as her footwear brand released two styles of shoes that were heavily criticised. Rightfully so, if you ask me. The design set a pair of exaggerated red lips, a gold triangle nose and large blue eyes on top of black Nappa leather slip-on loafers.

Perry and brand management company Global Brands stated: “I was saddened when it was brought to my attention that it was being compared to painful images reminiscent of blackface. Our intention was never to inflict any pain. We have immediately removed them from Katy Perry Collections.”

Miss Perry is hardly new to racial controversy, with her Geisha costume during her performance at the 2013 American Music Awards, her 2014 portrayal of a Cleopatra-esque character in her music video for “Dark Horse”, and the costumes worn by her back-up dancers during her Prismatic World Tour in 2014 which showed them mummified with largely padded bodies bearing accentuated breasts and large rear ends.

It seems both Perry and her team do not understand the fine line between appropriation and appreciation.

Considering the popularity, size and wealth of these companies that thrive on their attention to detail – how is it that each of them were able to overlook the racist issues of these items?

While each may have their justifications and explanations for their designs, the bottom line is that designs that even slightly move to offend, insult, enforce stereotypes, or appropriate specific race and culture should NOT be approved.

I find it hard to believe that in a world that is rapidly progressing to call out the societal norms that have discriminated against, ostracised and impeded on the rights of countless minorities – that there are brands and people that still claim they are ignorant to their problematic designs.

The horrific thing is that it’s not only fashion labels that are still using blackface. Celebrities, Instagram influencers, politicians and people in positions of authority have all been caught using blackface. How many more parties allowing white people to wear blackface need to be plastered over the news before we realise it’s just not funny?

These aren’t extreme claims of political correctness that can be argued, it’s pretty black-and-white. Leave blackface and all the harmful notions it perpetuates in the past, it is not a relic that we need to revisit for the sake of poor fashion choices.

Let us know what you think of these luxury brands using blackface for their designs in the comments down below.