JK now stands for “just kidding, I’m not done giving you too many details you don’t need”.

The thing to know about me is that I, much like many other humans on this planet, have an unwavering, slightly irrational, deep-rooted love for Harry Potter (HP). Books and movies alike.

I grew up reading it and waiting in anticipation for the next instalment of the film franchise, dreaming of owning a wand, or more appealingly: Hermione’s brain. It’s safe to say the wizarding world that we all love so dearly shaped our childhood and adolescent lives.

So, when the franchise is attacked – by the mother of the wizarding world no less – I believe I’m entitled to my outrage.

Rowling, over the years following the final film of the franchise, took it upon herself to hop onto the internet and spout “facts” and “details” about the characters and wizarding world, and dubbed them all canon.

The first of these tidbits was her declaration that the beloved Hogwarts Headmaster, Albus Dumbledore (rest his soul), was gay. Harmless? Sure. Welcomed? Hell yeah.

You could make some connections to this by considering Dumbledore’s super close relationship to his old classroom chum (and later, dark wizard) Grindelwald. The friendship did present hints of unrequited romance yet was never confirmed in the books.

As for deciding not to feature Dumbledore’s sexuality, I can understand focusing on other elements of his life within the sequence of events in the books. I mean the man was trying to stop one of the darkest wizards from destroying the world while, simultaneously, running a school (often, questionable) and taking care (also, questionable) of Harry’s hormonal and confused self.

Here’s wear it gets a little more frustrating. Wizards; grab a butter beer and join me on this stunningly outrageous journey.

In 2015, Rowling came under fire from HP fans for not supporting a boycott of Israel. She then decided to release an essay on Twitter, explaining her stance on the issue and implying that both Harry and Dumbledore would agree with her. Just to clarify, she’s claiming the characters that SHE created in HER mind would agree with her on a topic that involves centuries of tension and political unrest in the lives of real humans.

You’ve gotta be JK’ing me, right?

Apparently, we’ve all been reading HP wrong and the only correct way to read them is her way. You’re not allowed to make parallels between characters and real-life individuals unless Rowling has established them herself (ie. Jeremy Corbyn vs. Dumbledore debacle).

The subject of race is rightfully questioned quite a bit, with both Rowling’s imagined races and human races other than the white humans within the novels – who receive little to no character development or attention. The house elves are enslaved, and supposedly okay with it. The characters of colour serve as more of a side-story of romances and friendship for the leading trio.

To this, Rowling claimed that there was “never any mention of skin colour” when referring to Hermione in the books, using her curly hair as reference. Seems a little convenient she alludes to this fact after being called out, yet fondly stated prior to this that the actors that played the leading trio were perfect for the characters she created. This is where we remember that Hermione was played by Emma Watson, a white woman with very shiny curls (no shade to Emma Watson, you are a feminist queen, you do you boo). 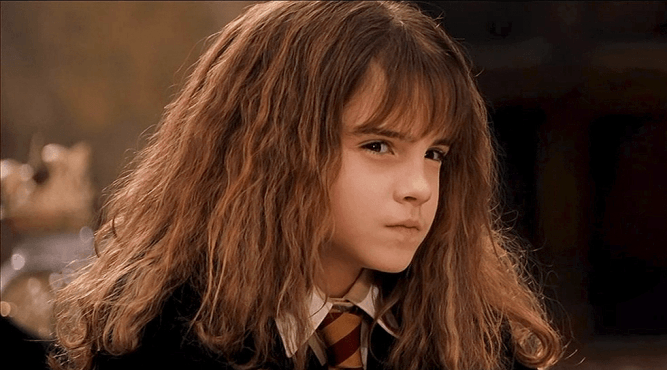 Rowling was also questioned for not including any explicitly Jewish characters in her novels, especially considering there are some seriously weird connections to the Holocaust within the books. The prison built by Grindelwald to house his opponents, which he was later imprisoned in, is called Nurmengard. Scarily similar to Nuremberd, a site for Nazi rallies that later became a prison for Nazi war criminals.

Voldemort also has a fixation on cleansing the wizarding world of “impure wizards”, elevating the “pure-bloods” in societal status. Sounds a little…familiar, doesn’t it? Not to fear though, Rowling has an answer to this too!

Conveniently, Anthony Goldstein is apparently Jewish! Despite no mention of this (at all) in the books or any reference to the fact that she *allegedly* included just ONE Jewish character.

To sum up some other details quickly, because we’d be here all day otherwise, Rowling also claimed that:

I’m sure there’s plenty more to come, and perhaps some details that I’ve missed, but the fact still stands that JK Rowling just doesn’t seem to know when to stop.

It seems strange to me that we’re supposed to accept these details as canon simply because the author woke up one day and decided to tweet it, seemingly only when she was called out for being racist, homophobic, or classist.

Rowling’s use of beloved characters to fuel and support her own political agenda, understanding very well the amount of influence her books have on society, is downright sickening.

Inclusion of religion, race, sexuality and sexually transmitted diseases would have done wonders for people reading the books and seeking representation within an incredibly magical world. What’s more, the lessons about tolerance and compassion that we thought the story evoked were violently squashed with Rowling’s publicising of “evil” character’s and houses that she hates. Suggesting that we, as an audience, need to view them in this way too.

Don’t get me wrong, I’m not suggesting Rowling was obliged to include every single detail of representation; she was focusing on creating an alternate world and overarching story after all.

Yet, the issue I have is her desire to come out with multiple details, many years after the franchise has ended, that alter the world we know; ultimately in order to satisfy her own political agenda to appear “woke” and politically just in our current political and social climate.

So, Rowling, I’m begging you: CUT THE CORD!

Leave your darling brainchild be and stop ruining the franchise that millions hold so dear to their hearts for your own personal amusement. We’ve had enough.

Do you have any more details that JK Rowling shared, much to your disappointment? Let us know in the comments down below.