‘This actually makes me so mad!’ one user wrote in a lengthy rant posted to the social media platform on Sunday.

“There are so many people out there in underpaid jobs doing it tough!”: Fans SLAMMED Cassidy McGill for being “privileged” after the former Love Island star said being a full-time Instagram model is hard work.

“There are so many people out there in underpaid, underappreciated jobs doing it so much tougher actually providing a needed service and this chick (who most haven’t heard of) is whining about getting paid to promote free products and attend parties,” they continued. “What is this world coming to?”

Another user joined in, writing: “Imagine being so privileged that you think having someone tell you what to do is the worst part about working.”

“My eyes have rolled so far back in my head they may never return,” another wrote, while one Facebook user stated: “Yeah, I’ll think of how hard she has it when I strap myself in for a 12-hour shift in my ambulance on Monday”.

“This actually makes me so mad!” one user wrote as fans flocked to Facebook to slam the blonde beauty.

“Being an ”influencer” is an unsustainable job for 98% of you in the long term. Have some influence? Do some good in the world,” they wrote.

It comes after Cassidy claimed her newfound career as an Instagram influencer has been anything but carefree – telling her followers that, contrary to popular belief, her job “isn’t easy”. 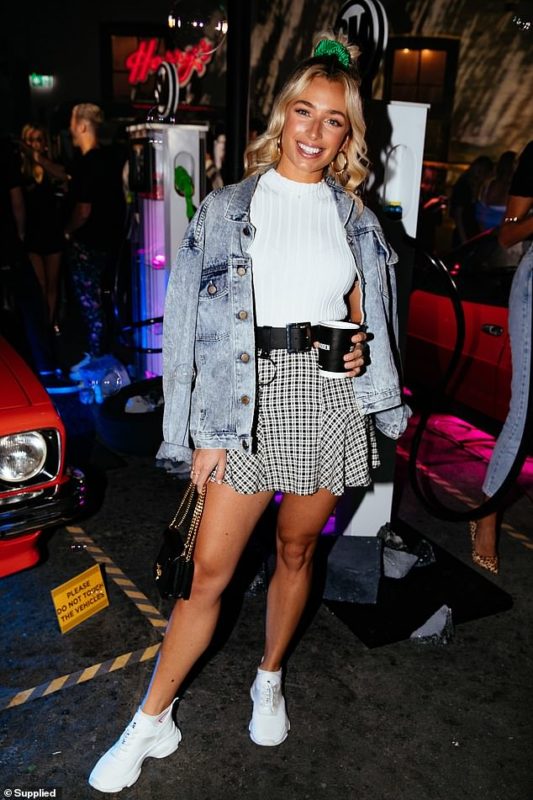 Cassidy rents an apartment near Sydney’s Bondi Beach, and is regularly seen at red carpet events and invite-only parties. But while her life may seem glamorous, she insists that there’s a lot of hard work involved behind the scenes.

“I want to defend this stigma around having social media as a job. Everyone thinks we get paid to do f**k all. It’s not easy!” she said in a video shared to Instagram. She added: “I’m quite nervous posting this… I don’t know why it feels controversial”.

“I love my job now and I’m very appreciative of the position I’ve been put in, but it’s actually not easy – it never stops!”

Cassidy said that she is always worried that her followers won’t like her posts. “I have 260,000 bosses, essentially,” she said, comparing her Instagram followers to traditional office managers.

“And a third of you think you’re my boss and give me constructive criticism in the most gruesome ways on the daily,” she said. “Sometimes I even put your happiness and your needs ahead of mine.”

Selfless: Cassidy says she often puts her followers’ happiness and needs ahead of her own.

She added: “It’s a tough job, we get paid well, but we have a lot of pressure and a lot of feedback to continuously go off. It’s a tough job that never stops.” Cassidy then explained that she works around the clock replying to comments, thinking of creative ideas for posts, going to events and recording videos.

“I want to give myself a pat on the back, and my fellow influencers, it’s a damn hard job [but] we’re lucky,” she concluded. “I’m not a millionaire… but I’m so grateful for where I am now.”