One in eight albums purchased around the world in 2017 was by a UK artist because of the worldwide success that artists like Ed Sheeran, Adele, Stormzy and Dua Lipa have achieved. However, after Brexit has been confirmed, this can be the last emerging generation of performers from the UK. 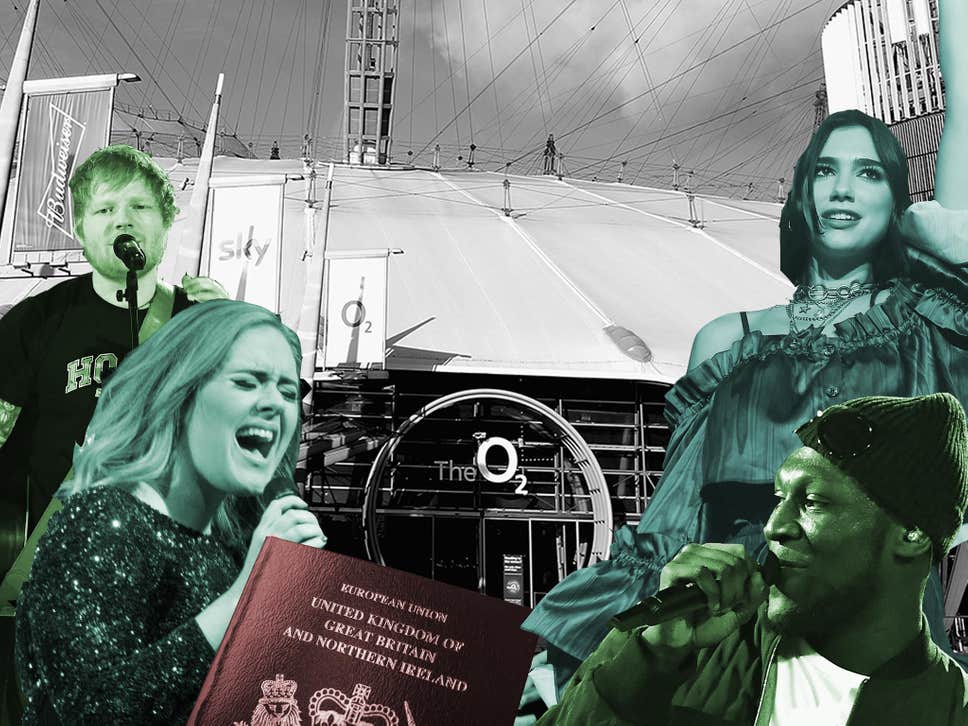 Brexit is the withdrawal of the United Kingdom from the European Union. After a referendum done in June 2016 in which, 51.9% of the population voted to support Brexit, a two-year plan started which was due to conclude with the UK´s exit on 29 March 2019, and has now been extended to 31 October 2019.

The music industry was worth a record of £4.5bn in 2017. Artist Ed Sheeran topped the international bestseller list with his album Divide, while Rag´n´Bone Man placed fourth with his debut album, Human. Live events accounted for £1bn of revenue, because of the major tours of the Rolling Stones, Coldplay, and Sir Paul McCartney. However, after Brexit has been confirmed, the UK music industry is concerned about how it may affect the artists, especially emerging ones.

“Music can help to showcase what is exciting about the UK as we forge new trading relationships, but only if our government supports us by ensuring a strong Brexit deal that enables artists to tour freely, robustly protects music rights, and prevents physical music products being impeded in transit”, said Geoff Taylor, chief executive of the British Phonographic Industry.

Michael Dugher, CEO of UK Music, said the main cause of concern for the industry is copyright. However, PRS, the main collection society in the UK, is expecting current protection on recordings to remain the same, unless an argument is presented showing it potential to damage the economy.

The most important concern currently is how Brexit may affect touring, especially for new artists wanting to perform in the UK. Local musicians, trade bodies and organizations would have to deal with extra tariffs, duties and tax withholding’s on royalty payments, among many other things.

In July this year, the organizer of world music festival, Womad, said that artists have “given up” trying to perform in the UK because of the difficulties in the border since Brexit´s referendum. A lot of paperwork has been added to the visa process meaning foreign musicians are not as attracted to perform in the UK.

“We’ve had situations where, say, an African artist has been due to come, who plays a particularly rare instrument, and we’ll be asked: ‘Can’t you find someone in the UK who plays that instrument?’, which is absurd,” said Chris Smith to Radio Times.

“The saddest thing is always the number of artists struggling to get visas to come and perform. What we’re seeing this year is unexpected and even more depressing, which is artists saying we’re just not going to tackle the immigration system, saying it’s too difficult and too expensive”, he added.

Famous composers, producers, and singers, like Ed Sheeran, Damon Albarn, Jarvis Cocker, and Sting, have joined and signed a letter written by Bob Geldof, addressed to Theresa May,  that declared on how the country could become a “cultural jail” if crossing borders become more complicated.

“Imagine Britain without its music. If it’s hard for us, then it’s impossible for the rest of the world. In this one area, if nowhere else, Britain does still rule the waves”, the letter reads. “But Brexit threatens as it does so much else, this vast voice. This huge global cultural influencer. We are about to make a very serious mistake regarding our giant industry and the vast pool of yet undiscovered genius that lives on this little island”.

With artists choosing to skip a UK tour and others getting caught in legal and financial turmoil, we stand with the 98% of voters on UK Music’s survey that knew Brexit would have a negative impact on their chances of employment.