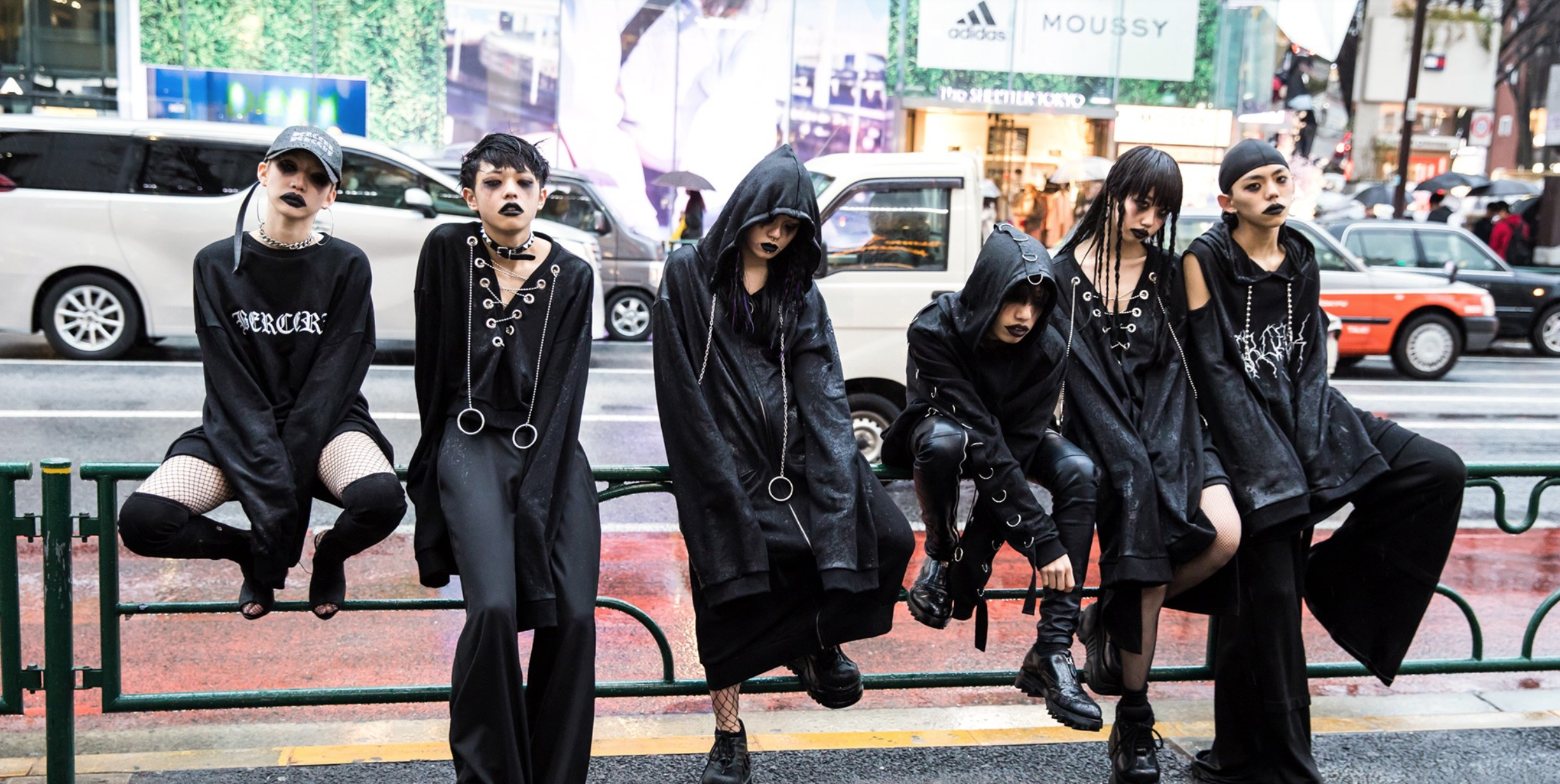 There are plenty of other hip/trendy areas in Tokyo and Osaka, but Harajuku remains the leading indicator of Japanese street fashion’s overall health and direction. Trends, brands, personalities, and shops get noticed here first — then spread outward.

Harajuku welcomes a new “generation” of kids every spring — around the time the Japanese school year starts in April. The majority of these new 16- to 20-year-old Harajuku kids are college students (often attending a nearby fashion, design, or beauty school) experiencing the freedom of young adulthood. Some are high school students who’ve reached an age where their parents feel comfortable with them hanging around Harajuku on their own, and another group have moved to Tokyo from their hometowns all over Japan for work, school, or other reasons.

When a new Harajuku generation arrives, the previous one departs.

Those graduating from college or trade school decide it’s time to move on to “real life” and disappear from the streets. The average Harajuku kid spends no more than four years as an active member of the scene. This cyclical turnover of around 20% of the scene’s entire population means that Harajuku’s own personality has the potential to change dramatically from year to year.

This year’s group of creative and passionate young fashion lovers seems more experimental and excited about street fashion than we’ve seen in the last couple of years, which is good news for the near future of Harajuku.

Established Japanese designers are making waves around the world as Japan’s next fashion generation arrives in Harajuku full of anticipation. FIB looks at 3 rising streetwear stars, who’s trends, personalities, brands, and boutiques that are likely to shape their future — and ours.

Instead of studying at a fashion school, Bed J.W. Ford head designer Shinpei Yamagishi began at vintage stores in Tokyo, learning from the ambience and taking notes of the unique styles that performed the best. Yamagishi has stated:

“If there is some standard procedure or idea such as ‘how clothing design should be’, it’s perhaps safe to assume I’m quite far from it.”

Yamagishi also takes inspiration from a host of reputable designers including Dries Van Noten, Ann Demeulemeester, and Yohji Yamamoto. In 2011, he and Keisuke Kosaka launched Bed J.W. Ford, a brand with clothes that speak for themselves. A 2018 collaboration with Adidas solidified their position as Tokyo streetwear royalty.

Their most recent collection stays true to form. Navy blue suede jackets tell stories of prosperity and old money. Collarless MA-1 bombers paired with skinny suede pants give a visually interesting silhouette, and tells you that the wearer is equally as interesting and cutting edge. Long plaid flannel coats and fleece zip-ups suggest a grungy rebellion against other streetwear brands. Adding to the brand’s intrigue is the styling choice to put models in Jordan 10s and Jordan 1s for their lookbook – this says to us that it remains a streetwear brand for the effortlessly trendy.

Bed J.W. Ford is relatively under the radar in Western countries, but this has not impeded their sales. The brand is well-loved in Japan and, for their international audience, it is their best kept secret.

Kotohayokozawa is the eponymous brand of Nagoya designer Kotoha Yokozawa. Yokozawa attended ESMOD JAPON, an international fashion school that began in Paris. After graduating, she worked in boutiques and continued her studies at new fashion institute Coconogacco; a name that translates to “school of individuality”. The school is known for benefiting unique young designers wanting to start their own brand, and this is just what Yokozawa did.

Launched in 2015, the brand values a tone of originality over following trends or what will sell the best. Yokozawa says she creates her unique ‘cut and paste’ styles principally because it’s what she would want to wear, not because she wants people to buy it. She has had multiple pop-up stores in Tokyo and around Japan, while also having a popular online store and Instagram presence.

The label’s individual identity has been solidified in people’s minds, despite only being around for a few years, due to its trendsetting collections and capsules. Focused on deconstructed and layered pieces, the brand is known for creating statement pieces that look like nothing you’ve ever seen before. Lace, frills, and feminine silhouettes are blended with Commes des Garcons esque pieces, and quintessentially millennial references. From intricate prints, to calming pastels, to mesh and silk textures, Kotohayokozawa is a brand that’s only just beginning to show us what it can do.

FUMIKA_UCHIDA is another eponymous brand, launched by Fumika Uchida in 2014. Uchida began her fashion career working at Santamonica Omotesandou, one of the best-known and most popular Tokyo vintage stores. There she honed her skills in picking out the best vintage clothes, but eventually she wanted to explore fashion in new ways. She co-created JANTIQUES, a renowned vintage brand that combines styles from all over the world, spanning luxury, streetwear, and vintage. But Uchida’s story didn’t end with JANTIQUES. She created her own brand, just for women.

FUMIKA_UCHIDA has grown a loyal audience, and has accumulated over 64,000 Instagram followers. It is a minimal and chic label, marrying modern styles and updated vintage looks. Soft elements and flowy materials meet more structured and masculine pieces. Traditional Japanese pieces like the kimono are often called to mind, and Uchida makes them feel like modern clothes for the women of today.

The brand captures a modern fashion-forward Tokyo and reminds it of its gorgeous history. With vibrant hues of orange and yellow, as well as muted nudes and earth tones, the label’s versatility has made it a favourite for Japanese youth and international fashion icons.