Here are some of FIB’s current favourite photographers, who push creative and conceptual boundaries in relation to sex, love and war in their work.

Speaking to Vice, Eugene said it was important for him to shoot real fetishists, not just models in latex, as he wanted to provide a documentary aspect to the project. The images present a strikingly alternative reality to highly conservative mainstream depiction of Russian culture. 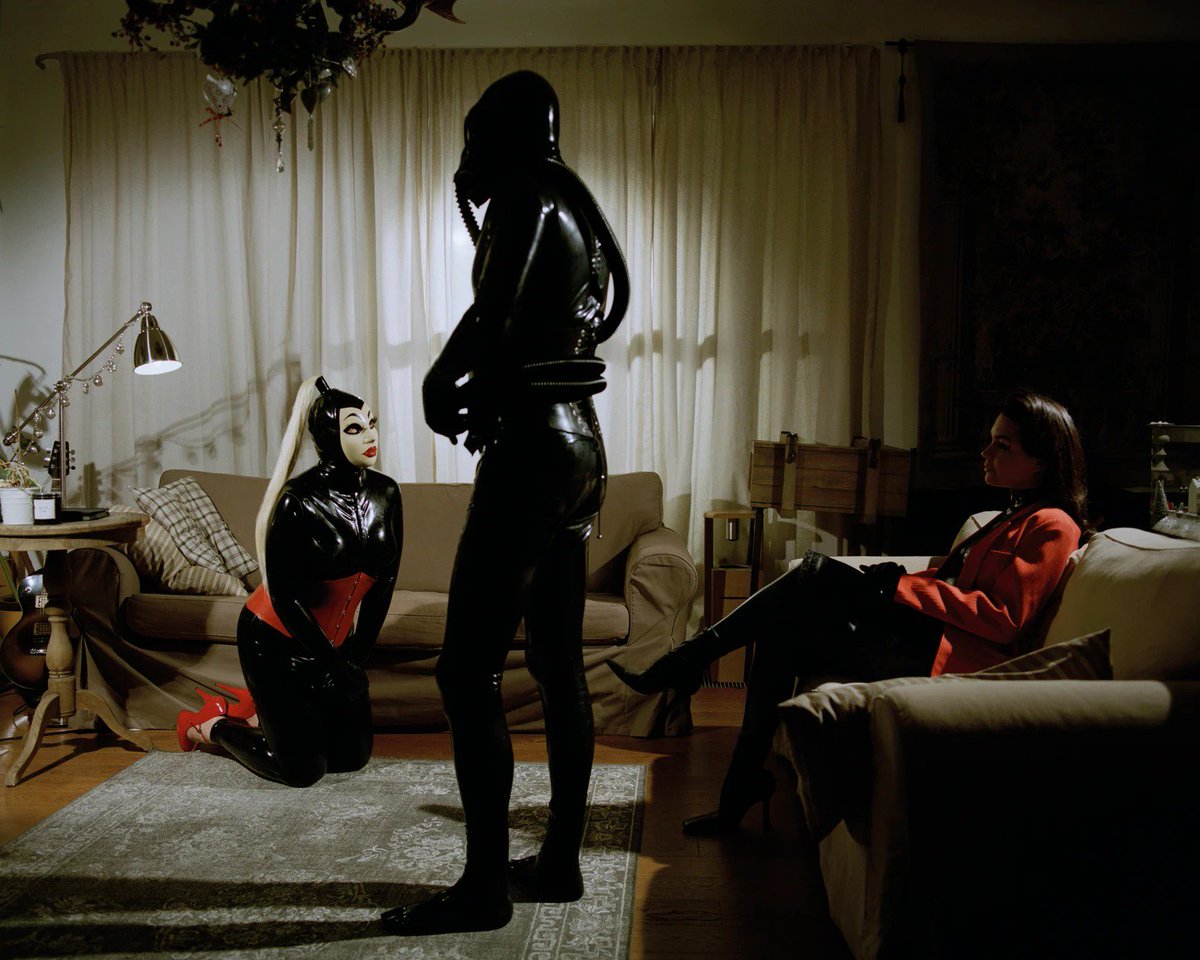 Most people would have likely seen Sarah Bahbah’s ambivalently simplistic yet profound work on their instagram explore page. As her bio states, Sarah’s images “construes unspoken vulnerabilities in art.”

Sarah has worked with high profile celebrities such as Noah Centineo and Dylan Sprouse to express her melodramatic, earnest and humanistic thoughts on love (that, let’s be real, we all secretly have.)

In 2019 Sarah extended her photography into film through directing Kygo’s latest music videos, Think About You and Not Okay. She’s also collaborated with Gucci on its guilty unspoken love, unwavering love and unconditional love campaigns.

Pixy Liao is a Chinese artist who resides in New York. Her photo series, Experimental Relationship, challenges the norms of heteronormativity, through exploring the alternative gender and power roles  present within her relationship with a younger man.

In her artist statement Pixy explains,

“As a woman brought up in China, I used to think I could only love someone who is older and more mature than me, who can be my protector and mentor. Then I met my current boyfriend, Moro. Since he is 5 years younger than me, I felt that whole concept of relationships changed, all the way around. I became the person who has more authority & power. One of my male friends even questioned how I could choose a boyfriend the way a man would choose a girlfriend. And I thought, “Damn right. That’s exactly what I’m doing, & why not!””

“Having two years of my life dedicated to an institute I never wished to support felt invasive. Looking back, it just seems surreal…. I struggled a lot with the system and was never really able to fit in. The one comfort was the sense of community with all the other girls,” Mayan said to the Huffington Post.

Photographing female soldiers was Mayan’s way of mending her personal experience by creating a more hopeful image. On the surface, these images depict girls undertaking seemingly mundane activities. Underneath their nonchalance and actions showcase their autonomy,  functioning as subtle form of rebellion against the army.

“If there is one thing I remember being positive in my service was the ability to relate to girls of very different backgrounds, from all across the country. There is something really special about the way females in the army find personal space and support each other in a male-dominated structure,” she said.

Let us know if you love these photographers as much as we do in the comments below!