The newest Tame Impala album will be titled The Slow Rush. Kevin Parker, the man behind the music, had this to say of his latest venture:

“A lot of the songs carry this idea of time passing, of seeing your life flash before your eyes, being able to see clearly your life from this point onwards. I’m being swept by this notion of time passing. There’s something really intoxicating about it.”

Anyone familiar with Tame Impala’s signature style knows exactly what he’s talking about, and fans have been clamouring for new music for good reason. The last studio album, Currents, was released in 2015 to great critical and commercial success. Following a transcendent set at Splendour in the Grass this year, and headlining performances at Coachella and Lollapalooza, Parker seemed to be teasing new material. This year, Parker released a single from the upcoming album called It Might Be Time. The dreamy, floaty, prog-pop paranoia track tells us the future of Tame Impala.

The twelve tracks that constitute The Slow Rush were recorded between Los Angeles and Australia, and have been described as a deep dive into the oceans of time. Fans can preorder online to immediately receive two album tracks. The album will also be printed in four double disc vinyl formats – standard black, red/blue (indie retailer exclusive), forest green (JB Hi-Fi exclusive), and splatter (Tame Impala website exclusive). 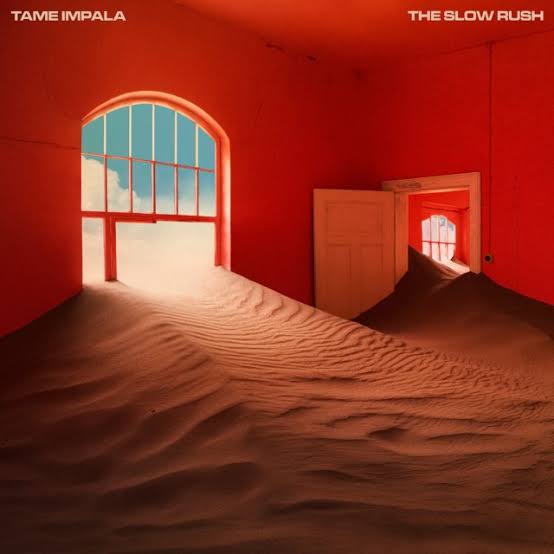 Tame Impala is also well-known for gorgeous and unique album art, and The Slow Rush is no exception. The cover was created in collaboration with photographer Neil Krug and features a symbol of human refinement being once again taken over by nature and lost in the sands of time. There is also a suggestion of a desert oasis, or maybe it’s only a mirage.

The new Tame Impala album, titled The Slow Rush, will be out on February 14th – but fans can preorder at tameimpala.com .