Living through the aftermath of Triple J’s Hottest 100 is never easy, the yard is in disarray with kiddie pools turned upside-down, gazebos missing parts of the roof as they stand in ruin from having their legs used as poles to dance on. 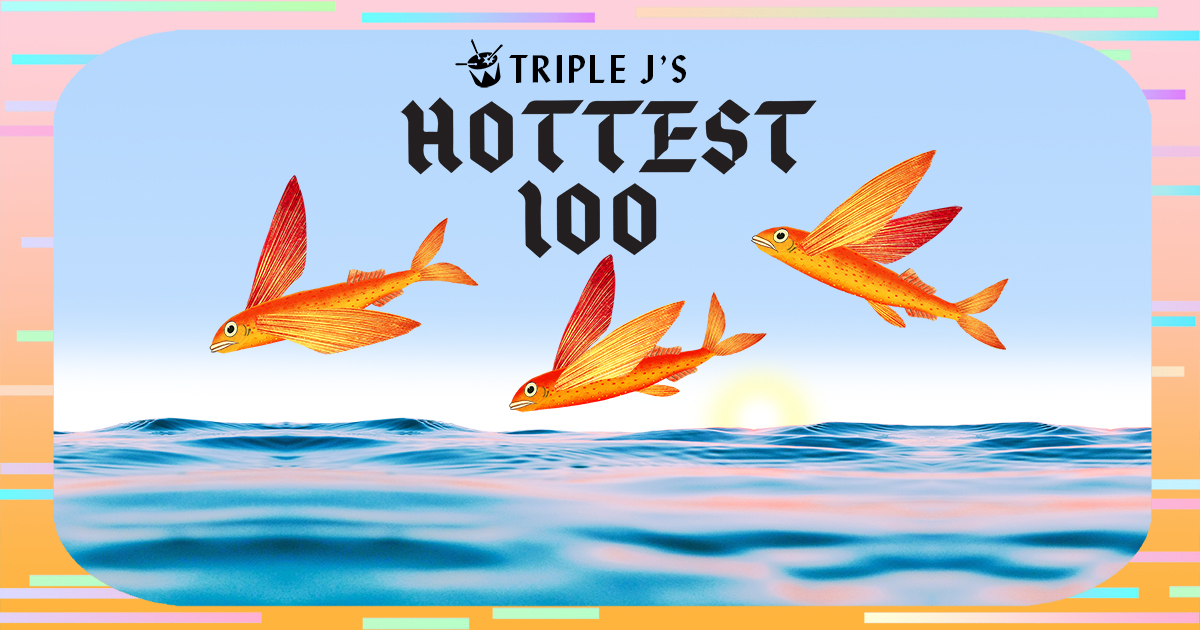 Empty bottles line the grass as they are met with an explosion of colour from downed streamers and wildly scattered body glitter, but all this carnage came from one of the best countdowns in recent years as Triple J counted down the top 100 songs of 2019 chosen via public vote, so lets recap the huge events of the day.

Punters went into this year thinking that the crown was going to go to two potential artists. The first was Tones & I for her mega-hit ‘Dance Monkey’ she had an iconic year going from busking in Byron Bay to holding the record for longest running #1 on the Aria Singles Chart in history and clean sweeping the ARIA awards with only an EP under her belt.

The Second being the Triple J like a Version ‘Bulls on Parade’ (Originally by Rage Against the Machine) by Denzel Curry that reached widespread public acclaim and reached more relevance at the back end of 2019 as the Government poorly handled the Bushfire Crisis. 2019 saw Curry release ‘Zuu’ his fourth studio album that received much praise between fans for tracks like ‘Ricky’ and ‘Wish’ .

So with it seemingly being a two horse race you can imagine the surprise we all felt when ‘Bulls on Parade ‘ played at #5, followed by ‘Dance Monkey’ at #4. So why did this happen? well theory crafters like myself have a plausible explanation.

When it comes to ‘Dance Monkey’ at the time of voting the public had hit its fatigue with the song, it was played everywhere on every radio station, it was preformed at the AFL Grand Final and kids in the Netherlands were vibing to it on Tik Tok, it seems it may have peaked too early. With Denzel the song was not loved collectively with the genre-bending version being off some peoples radar, as well as the large legion of voters who believe that a cover shouldn’t be included in the countdown.

After this dramatic turn of events we were greeted by #3, which was Mallrat’s ‘Charlie’. The ode to her loyal doggo, melted hearts throughout the year and placed itself rightfully so . #2 was a song I had personally voted for Flume teaming up with Vera Blue for the glitch-electronica banger ‘Rushing Back’, the silky vocals matched with Flume’s magic in production opened the dance floor for asses to drop.

At the moment of #1’s announcement I remember turning to my friend and being completely blank as to what would sit atop the throne, when that all too familiar beat came in with the da-da-da’s of one Billie Eillish’s ‘ bad guy ’.

Of course the ingeniously put together anti-pop anthem was going to take the #1 spot. Eilish has cut her own niche in the pop market, working pain-stakingly to create the record that aligns with their vision. Two kids in a bedroom is where most bands started and I can give nothing but props to Billie for her huge win.

Billie Eilish becomes the first solo Female to take out the number one spot as well as the youngest at the age of 18. She had a massive 5 songs represent her in the countdown with bad guy at #1, everything i wanted at #16, bury a friend at #35, wish you were gay at #67 and all the good girls go to hell at #91.

Six artists celebrated hat-tricks including Flume, Tones & I, Thelma Plum, BENEE, Tame Impala and Ruel, while G-Flip and Lime Cordiale grabbed quadra’s. Australian acts had an amazing showing with 65 songs being represented by our home grown talent. 2019’s countdown was also the most Like a Versions we’ve seen in any countdown with four being Denzel Curry ‘Bulls On Parade’ (Rage Against The Machine), Lime Cordiale – ‘I Touch Myself’ (Divinyls), Alex Lahey – ‘Welcome To The Black Parade’ (My Chemical Romance), Skeggs – ‘Here Comes Your Man’ (Pixies).

Slipknot snatched the new record for longest time between Hottest 100 appearances with Unstained at #86 the last time they made the countdown was for Wait and Bleed 19 years ago in the year 2000. 17 artists made their debut in the countdown including Sydney Duo Cosmos Midnight who I think I’ve voted for every year since their debut (I feel like a proud father)

This year saw the largest amount of votes with an insane 3,211,596 and Females being the largest percentage of votes at 56%, Males at 42% and Non-Binary, unspecified or other at 2%. Thelma Plum became the highest ranking Indigenous with her single ‘Better in Blak’ that came in at an impressive #9.

Now the bad, well not bad but more unfortunate, on Monday the 27th of January Triple J hosted the Hottest 200 which counted down to #101 to see who just missed out on that 100th position. Spoilers alert it was once again Billie Eilish with ‘The Office‘ sampling stomper ‘ my strange addiction’

You’ve gotta pour one out for Rex Orange County who appeared in the countdown four times but didn’t appear once in the 100. The closest he got was #102 with 10/10. YUNGBLUD did similarly with three songs and once again none in the main countdown. A slew of artists who only appeared in the 200 and got doubles were Ruby Fields, Winston Surfshirt, Stella Donnelly, Northeast Party House, Milky Chance, Triple One, Dear Seattle, and Foals.

Both countdowns were a testament to the huge year in music, if you’re thirsty for another huge countdown, then you’re in luck as Triple J are opening voting for the Hottest 100 of the last decade in February!

For the Full set of winners from both countdowns hit up Triple J’s website.