Hi I’m Paul Roberts welcome to my PODCAST Channel “THE FUTURE” where I cover BREAKING TRENDS FROM AROUND THE WORLD.

In our ever accelerating times, keeping ahead of the latest breaking news and trends from the world’s of fashion, music, film, art, tech, activism, is a time consuming daily challenge ? Sure the information is all out there, but it is a time consuming ordeal to scan all the necessary sources. As Darwin said survival depends on how quickly you can adapt.

In today’s PODCAST FIB’s Trend Report No 90, I want to look at life just 20 years from now.

Our heating planet is about to change everything you do and how you live. And these dramatic effects are less than two decades away. If you live in Europe, America, in the Northern Hemisphere or even in South America I have seen your future and it wasn’t in a movie, it’s real and it’s name is Australia.

I have seen it first hand, and it’s coming to a town near you soon.

Everywhere there is a brittle grief, and it may be as much for what is coming as for what is gone. Many homes will not be allowed to be rebuilt in threatened areas. Where they are allowed, they may not be affordable because of new building codes; if built, they may not be insurable. Local economies, like local ecosystems, may never recover. This is a glimpse of things to come, and it will only get worse.

A new survey estimates that more than half of all Australians have been directly affected by the fires, with millions suffering adverse health effects. The economic damage keeps growing, the total cost placed at about $100 billion Australian dollars (more than $68 billion), and rising. Gross domestic product is already impacted. Australia’s central bank has announced that it may be forced to buy up coal mines and other fossil fuel assets to avoid an economic collapse. And yet our Government who is owned by the fossil fuel barons effectively cover up and dodge any plan to reduce emissions that are causing the catastrophe.

But don’t worry we will soon be sharing all this excitement with you.

When the planet rises 1.5 degrees centigrade this is what you can expect to start happening everywhere, Global warming and climate change is about to change everything you know and it’s only two decades away.

As cities are shaped by rising seas and extreme weather events, the way we will be forced to live and work will be irrevocably altered. 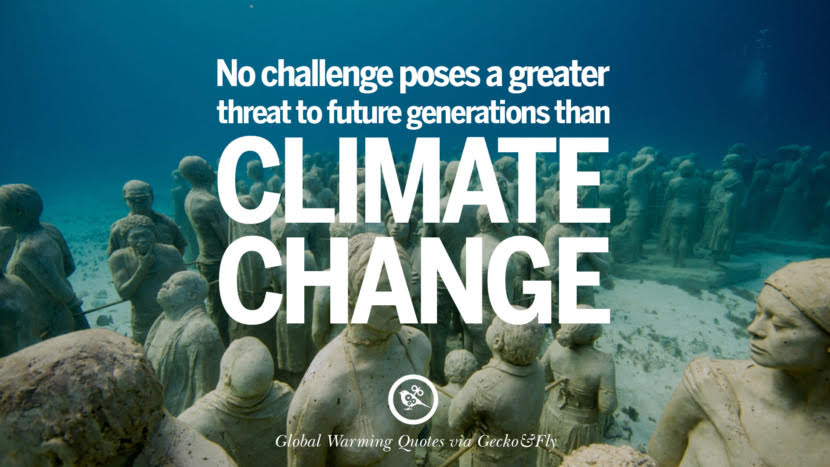 As climate change transforms the planet, the increase in extreme weather events is also inevitably altering everyday life, including daily commutes as well as how, when, and where we work. By 2040, as cities race to cut emissions, some of the changes to our daily working lives will be part of an attempt at a solution. For instance, you may be more likely to take an electric shuttle to work than drive your own car. Or ride a bike down car-free streets. But other changes will happen because we don’t have a choice.

If climate change is already disrupting work more frequently now, it will only be worse in 2040. A landmark report from global climate scientists in 2018 looked at the impacts of 1.5°C of global warming versus 2°C. At 1.5°C, we’ll see mass die-offs of coral reefs, food shortages, and worsening flooding, droughts, fires, and hurricanes.

We’re on track to hit 1.5°C of warming in 2040. Everything gets significantly worse at 2°C of warming (and 3°C, and 4°C), which is why it’s so critical to move to a zero-emissions economy. But 1.5°C of warming may be unavoidable at this point and will cause major disruptions. Even within the last decade, the U.S. saw twice as many billion-dollar disasters as it had in the previous decade. (And, although this article focuses on the U.S., this is, of course, very much a global problem.)

One challenge is extreme heat. “Our research has shown that between now and the middle of the century, the frequency of days with extreme heat is projected to increase pretty steeply,” says Kristy Dahl, a senior climate scientist at the nonprofit Union of Concerned Scientists. In Miami, for example, until recently, there were around 16 days a year that felt hotter than 100°. By the middle of the century, that could jump to 114 days a year. Heat can take out infrastructure. Last year, a highway near St. Louis buckled because of high temperatures, and train tracks warped during a record-setting heat wave in San Francisco.

It also means that some companies may tell workers to work at home. “Just like we have school and work closures for inclement winter weather—snow days—we’re likely to see ‘heat days,’ where businesses and schools don’t operate, or people telework, because it’s too hot for people to commute safely,” says David Arkush, managing director for the climate program at the nonprofit Public Citizen.

But for many workers, remote work isn’t an option. People who work outside—on construction sites or farms—will be the hardest hit.

In places such as San Joaquin County in California’s Central Valley, where the number of days with a heat index over 90° is projected to double by mid-century, farm workers may be likely to keep working even when they shouldn’t. “There can be disincentives to reporting heat illness symptoms—if you’re paid by how many pounds of tomatoes you’re picking, for example, you’re less likely to try to take a break from that,” says Dahl.

In a recent report, Public Citizen noted that outdoor workers in Florida are already labouring in unsafe temperatures most of the time. In Central America, some workers are developing kidney disease that appears to be linked to extreme heat stress and dehydration; the same disease may be emerging in California, Arkush says. It’s possible that outdoor work may become so dangerous that alternative business models become more common, such as indoor farms and modular construction in factories. Schedules may also change. In Phoenix, many construction workers already work at night.

Low-income workers are the most vulnerable when it comes to other climate-related disasters, though everyone will be affected. When Hurricane Florence headed toward South Carolina in 2018 and the governor ordered evacuations days in advance, some restaurant workers, for example, worried about losing their jobs if they evacuated, or losing wages if the restaurants shut down temporarily.

As more extreme weather events occur, more restaurants and stores are bound to be impacted, in extreme cases perhaps closing for months or going out of business entirely. After Hurricane Sandy, one study found that low-income workers in New Jersey lost $832 million in wages because of the effects of the storm. In some cases, employees may not be physically able to make it to work if roads and public transit lines are closed and they live too far from their job to walk.

For those lucky enough to be able to work from a laptop, climate change is likely to mean many more days of telecommuting. A quickly growing number of companies are already experimenting with letting employees work from home at least some of the time, simply because it’s a popular perk. And it’s now more common that on a snow day a company will just tell people to work from home. As working from home becomes more common for other reasons, it’s also likely to emerge as one strategy for companies to react to a changing climate, says Dylan Hendricks, who helps companies and cities prepare for the future at the nonprofit Institute for the Future.

Still, that’s only a solution when a disaster hasn’t taken out the power grid or when employees aren’t forced to evacuate their homes. An increasing number of companies may decide to install backup power at offices—such as solar panels and batteries—along with other resilient design choices, such as building higher in areas at risk of flooding, adding landscaping that can absorb water and dissipate waves, and using flood barriers to keep water out in a worst-case storm.

In some cases, employees may decide that they want to relocate away from some of the highest-risk areas. One study estimated that more than 300,000 coastal homes in the U.S. are at risk of repeated, chronic flooding by 2045; in the western U.S., by 2040, wildfires will burn areas six times larger. Some companies may allow employees who want to move the opportunity to work remotely full-time.

Right now, remote working is growing as the high cost of living in places such as the Bay Area drives workers away. Climate change will only add to this pressure.

“You’re going to see that potentially the perceived and the real value of real estate along the coast become very volatile, and in some areas sort of collapse, and then people moving,” says Hendricks. “More and more mass migration is something that’s been predicted by [various] models. So then you will see, I think, a lot more people picking up these early telecommuting trends and then applying them to this new context.”

Tech to enable remote work will continue to improve, such as videoconferencing apps that are actually pleasant to use.

Beyond day-to-day work, traveling to conferences may become less common—not because potential attendees are avoiding extreme weather, but because air travel is still likely to have a carbon footprint in 2040, despite the availability of electric planes for shorter flights and, perhaps, other technology such as the hyperloop. “In a carbon-focused world a lot of things are going to go away or be greatly curtailed, including the notion of traveling to conferences,” says Harriet Tregoning, director of the New Urban Mobility Project at the nonprofit World Resources Institute.

Since no community is immune from the effects of climate change—2019 saw people commuting by boat in Nebraska, fleeing from fires in Los Angeles, and dying from extreme heat in Phoenix and Maryland—cities everywhere will also have to become more resilient. Even New York City, which recognized its vulnerability after Superstorm Sandy and is investing heavily in resilience, isn’t fully prepared for another similar storm. The city’s transit agency is still working on some repairs, including adding a new wall around the Coney Island rail yard, which serves multiple subway lines and was flooded with 27 million gallons of floodwater and debris in 2012.

Certain companies are beginning to recognise the risks that climate change poses to their operations; in one recent report, companies disclosed $1 trillion in potential climate impacts in the near future. PG&E, for example, the utility that filed for bankruptcy after its power lines sparked fires in an increasingly hot and dry California, says that increasing wildfires from climate change are a $30 billion risk to its business. Pharmaceutical giant Eli Lilly recognises risks from hurricanes, floods, and droughts at its manufacturing plants and warehouses, including in Puerto Rico, where it had to shut down operations during climate-change-fueled Hurricane Maria.

“The companies we work with are generally full of people . . . who express deep concern about climate personally, but the answer to why climate resilience strategies aren’t getting traction internally always revolves around the same reasoning: They’re focused on short-term profit, and they don’t yet see enough financial downside to the impacts of climate change to motivate internal change.”

FIB Trend Reports: Breaking News From Around The World

If you want to want to know where your world is headed first subscribe to the FIB Platinum Curated Content Membership.

Custom designed for knowledge workers and creatives, our unique TIB curated Content Platinum Membership, puts the latest popular culture, news, and trend breakdowns directly into your hands each week, faster than your competition has time to discover them.

So you can hear first, act first, profit first.